Hawaii’s Medicaid enrollment increased 11.3% in the past year

Over the past year, Medicaid enrollment has increased by over 37,000 individuals in Hawaii. In August 2019, 330,601 individuals were enrolled in the state’s Medicaid program. A year later, as of August 17 Medicaid membership now totals 367,994 – representing an 11.3% increase. 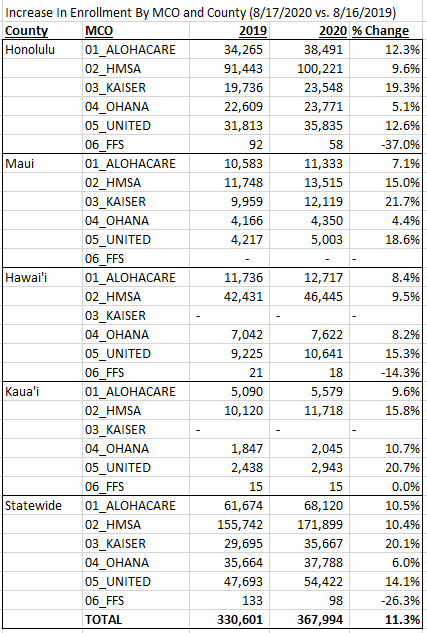 The majority of that growth appears to have taken place beginning around March and April, as the state’s unemployment rate skyrocketed due to the COVID-19 pandemic. 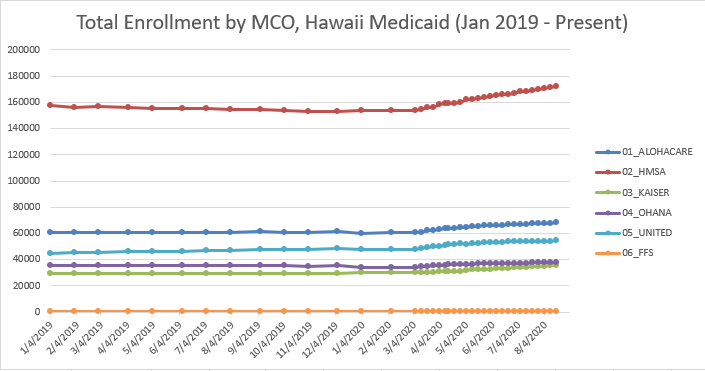 Recent data also shows there are now over 300,000 Medicare eligibles in Hawaii.