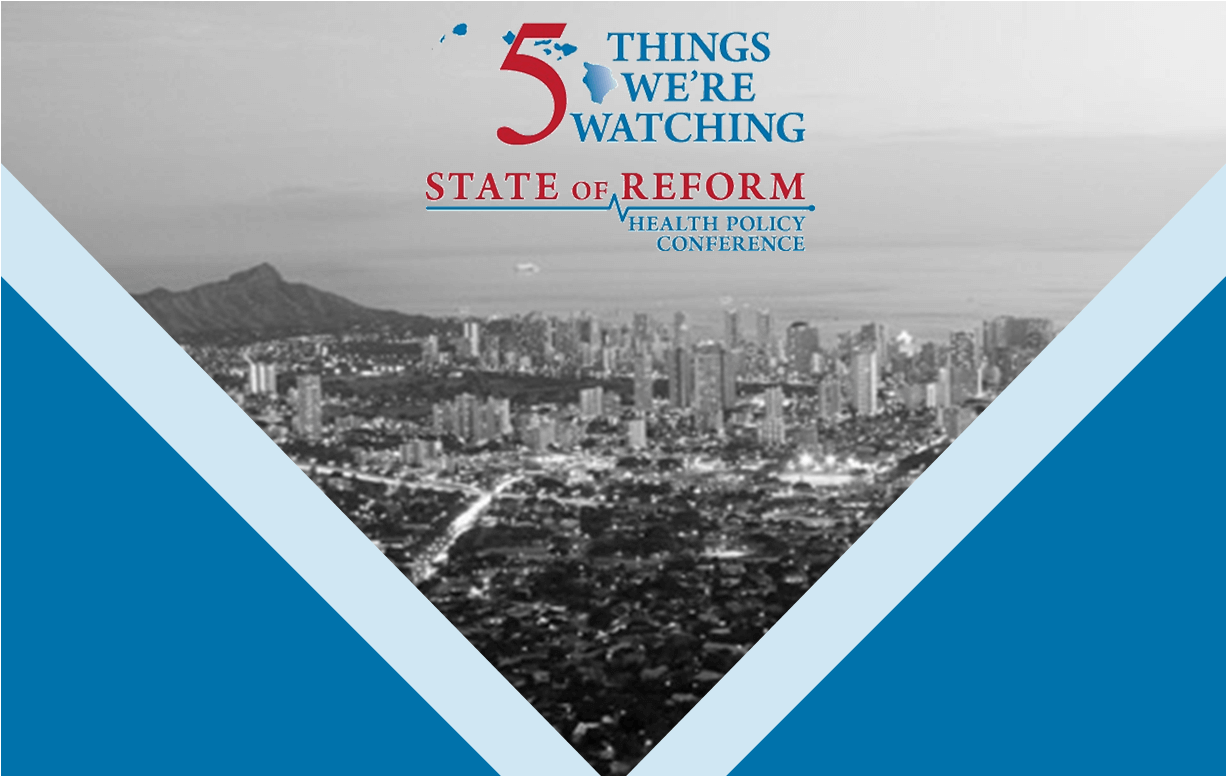 We have launched two new daily emails for you if you are interested in tracking our coverage at the nexus of health care and health policy even further. One afternoon newsletter covers our reporting on COVID, while an early morning newsletter gives you a run down of all of our daily reporting at State of Reform, across our West Coast, South West, and National editions.

Stay healthy and have a Happy Easter and Passover!

1. Improving news on COVID in the state

As of Tuesday, there have been 410 confirmed cases, 5 deaths, and 42 hospitalizations related to COVID-19 in Hawaii. While the number of cases continues to climb and uncertainty remains about the total impact of the virus, updated data from the Institute for Health Metrics and Evaluation (IHME) offers a glimmer of hope.

The latest data shows a decrease in the projected number of COVID-19 deaths in the state, dropping from 372 to 112. The data also shows Hawaii is 4 days away from peak resource usage and peak daily deaths — previously, this peak wasn’t expected until May. During that time, there will likely be enough hospital beds, but there is a predicted shortage of 25 ICU beds.

In a recent opinion piece from Politico, author Bill Scher ranked Gov. Ige #4 on his list of worst gubernatorial responses to the COVID-19 pandemic. The low ranking is in part due to Ige’s initial hesitation to issue mandatory social distancing orders, instead relying on county mayors to close businesses and order residents to shelter-in-place. Scher also sites the reported tension between Ige and Lt. Gov. Josh Green as a contributing factor to the low ranking.

However, in a separate public opinion poll of each US governor’s ability to “to keep people safe during the ongoing public coronavirus crisis,” Ige ranks 30th with 71% approval. For perspective, we reached out to several health care experts and political insiders for their takes on Ige’s COVID-response. Many had lots to say privately though few wanted to be on the record. We detail the recommendations of one long-time health policy watcher here.

The first step is opening the local economy, which may need to occur gradually and will require nearly all businesses to change the way they operate. The next step is opening the tourism economy, which in a “worst case scenario” could take between 12 and 18 months as the world waits for a COVID-19 vaccine. However, tourism could pick up sooner if rapid antigen and antibody tests make it possible to pre-screen tourists before they arrive in Hawaii. The UHERO brief says this kind of test may be available in the next few months.

Dr. Scott Grosskreutz is a radiologist with Hawaii Radiologic Associates and is a member of the Hawaii Physician Shortage Crisis Task Force. He joins us in this edition of “What They’re Watching” to discuss doctor shortages on the Big Island. We recorded this conversation with Grosskreutz at the start of January, before COVID-19 had made it to the United States. However, in a recent interview with Hawai’i Public Radio, Grosskreutz said the physician shortage in Hawaii is likely to get worse because of the pandemic.

“It’s very hard to recruit new physicians into the community. We’re in a position where private practice is basically on the verge of going extinct. The margins in order to practice profitably with a small practice, which is a small business of course, are so low that with additional pressures — like the GET tax and the low Medicare reimbursements along with the high cost of providing care — it’s basically preventing any new physicians from coming in.”

Two weeks ago, Congress passed the $2.2 trillion CARES Act putting in place a broad range of economic and health-related provisions to provide relief to those impacted by the COVID-19 pandemic. Among those provisions is $100 billion to the “Public Health and Social Services Emergency Fund” and the expansion of the Accelerated and Advance Payment Program for Medicare providers.