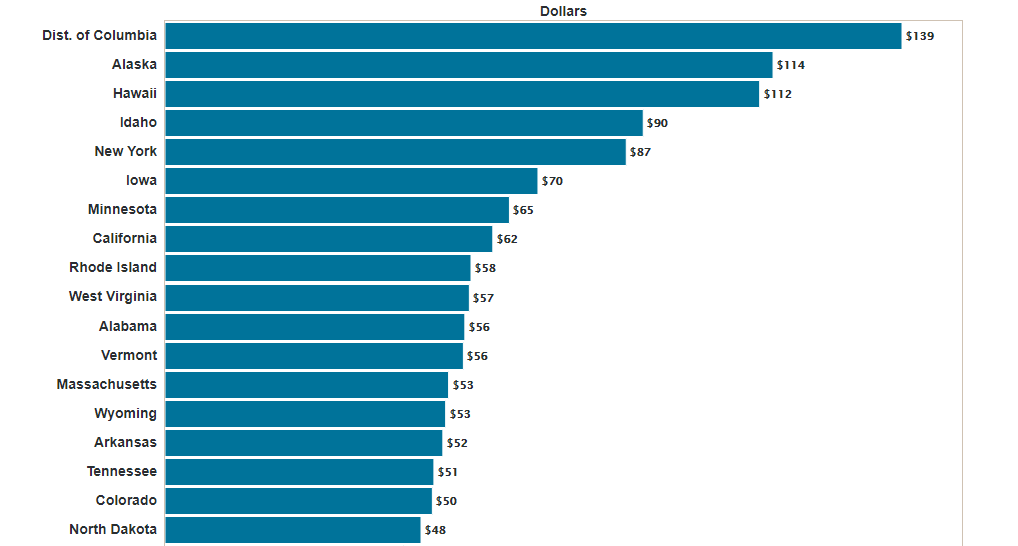 Hawaii ranks third in the nation in per-person state spending on public health, according to data compiled by the State Health Access Data Assistance Center (SHADAC). Hawaii spent $112 per-person in public health spending in 2017, trailing only behind Alaska ($114) and Washington D.C. ($139).

The data collected by SHADAC, which is part of the School of Public Health at the University of Minnesota, goes back to 2005. The data comes from Trust for America’s Health (TFAH) which uses budget documents such as final appropriations, expenditures, executive budgets, and appropriation bills from state legislatures to determine state spending on public health. 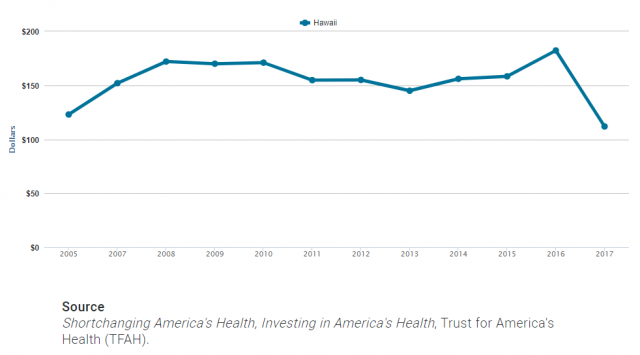 The data also shows wide variation in the state-by-state comparison. The states ranked at the bottom of the list — Missouri, Nevada, and Arizona – spent less than $10 per-person during the fiscal year.

Hawaii’s high per-capita funding is reflected in public health outcomes in the state.

According to that report, Hawaii’s low rates of obesity, smoking, and the number of uninsured, as well as its top marks for clinical care and policy, put the state at the top in terms of public health.