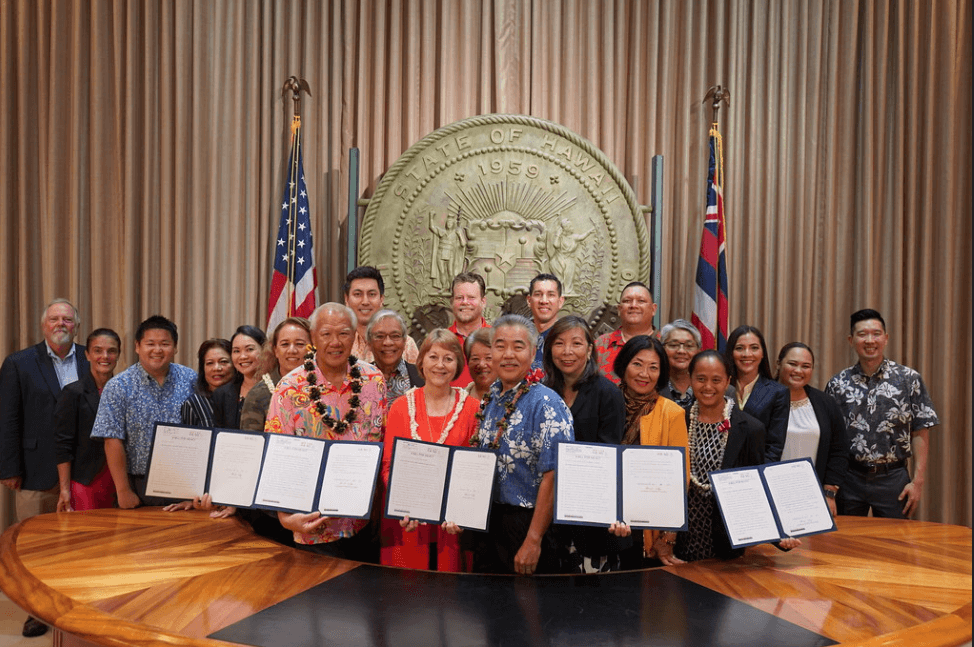 Gov. Ige signs health bills, warns of vetoes for others

“I’ve often called 2019 the year kupuna because at no time in history have we signed as many bills effecting our seniors and caregivers, with so much financial resources devoted to them,” said Rep. Gregg Takayama, Co-Chair of the Kupuna Caucus, at the ceremony.

“Hawaii leads the nation, and the world for that matter, in taking care of our Kupuna. And this Kupuna Caregivers Program is really about investing in our families and helping them to continue to be a contributing part of our workforce, and deal with taking care of their kupuna at the same time,” said Ige during the bill signing.

“The challenge of homelessness is one of the most daunting and challenging issues that we will face as a community,” said Ige prior to signing the bills. “We are making progress, [but] it is something that will require relentless effort for years to come.”

On Tuesday, the governor also signed ACT 138/SB 1246, a bill designed to increase adoption and access to telehealth services across the state, and ACT 140/HB 1453, which allows paramedics to transport individuals to medical facilities other than hospital emergency departments. The bill also establishes fees for the provision of emergency medical services that don’t include transport.

Rep. Della Au Belatti named HB 1453 as one of the top health care bills she was proud of this session in this Q&A.

The governor also announced this week his intent to veto 20 bills. The list includes a few health-related bills such as HB 290, which would authorize certain patients to transport medical cannabis between islands for personal medical use; HB 629, which would create a medical release program to allow certain inmates to be released from custody, and SB 1405, which would require educators to confiscate e-cigarettes from students.

In a Q&A with Sen. Roz Baker, the senator described SB 1405 as one of the few bills passed this year related to curbing youth e-cigarette use.

Gov. Ige has until July 9 to either sign or veto bills.