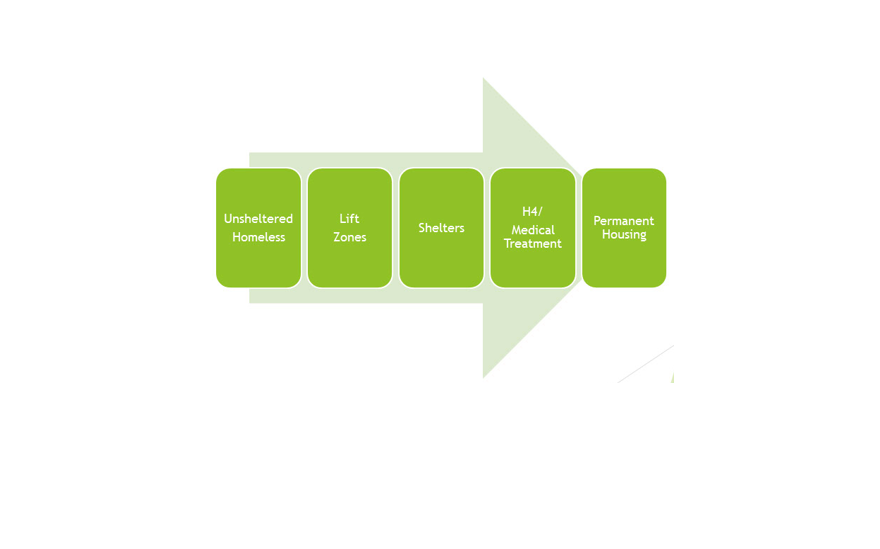 Addressing homelessness has long been a priority for Lt. Gov. Josh Green. Shortly after being elected to the lieutenant governor’s office, Gov. Ige named Green the point person for private partnerships on homelessness. Since then, Green has put forth several proposals and initiatives related to ending the crisis.

Hawaii has the highest per capita homelessness rate in the nation, and about 1,500 – 1,700 individuals are considered chronically homeless. It costs approximately $82,000 per person per year in medical costs to treat chronically homeless, high-utilizer individuals, costing the state around $123 million. Housing someone can reduce the cost per person by 43% to 73%, according to the initiative.

For this reason, several of the points in Green’s plan aim to move unsheltered homeless individuals to temporary and permanent housing. This includes the utilization of “lift zones,” or non-permanent, inflatable tent structures where homeless in transition can stay up to 90 days. Health care and social services are available at the lift zones. The plan also puts an emphasis on ensuring that adequate shelter beds are available to help quickly transition people into permanent housing.

Other housing recommendations in the plan focus on the Ohana Zones pilot program. The Legislature appropriated $30 million in funds for the program during the 2018 legislative session. At least six sites are planned – three on Oahu, and one on Maui, Kauai, and the Big Island, according to Green’s plan.

Permanent supportive housing is another key point in the plan, which includes a continued focus on the Housing First model, Rapid Re-Housing, Section 8 expansion, and more affordable housing development.

The initiative highlights Kauhale locations, defined as permanent, sustainable communities that house up to 300 people per location. The goal is for there to be 12 locations throughout the islands. 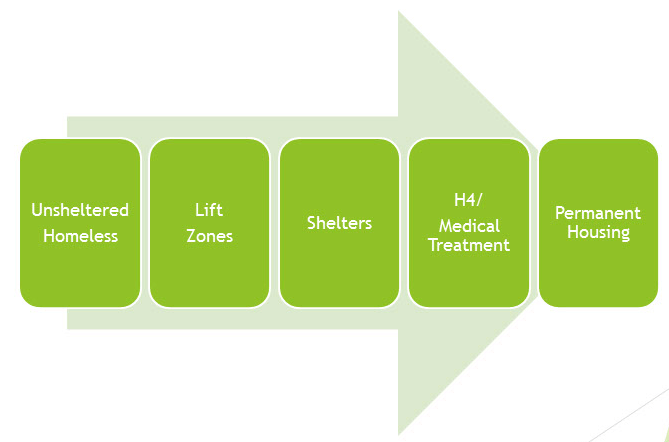 Access to health care is another key component of Green’s initiative. Substance abuse treatment, long-term medical respite, permanent housing, and hygiene are all featured in the plan.

The plan places a specific emphasis on the use of Joint Outreach Centers. JOCs are clinics that provide medical services – such as wound care or mental health care – to help alleviate strain on ERs. In 10 months, the JOC in Chinatown has already seen 1,200 unique patients, saving approximately $105,000 a week in health care costs.

The use of Assisted Community Treatment (ACT), a law that allows for involuntary treatment and commitment for homeless who are severely mentally ill, is another highlight of the 10-point plan. During the 2019 legislative session, the Legislature made changes to ACT to make it easier for health professionals to intervene. An additional 240 mental health beds are needed in the state to maximize use of the law.

Other approaches Green is taking to addressing homelessness include a multi-state plan proposal that authorizes six states to use up to 2% of their Medicaid budget for housing chronically homeless individuals for five years. Green also recently toured Kauai, Maui, Hawaii Island, and Molokai to see the impacts of homelessness across the state.

“It was an unforgettable, truly invaluable experience and I will take what I learned to heart and share it with others as we continue to combat Hawaii’s homeless crisis,” said Green in an emailed update on the tour.