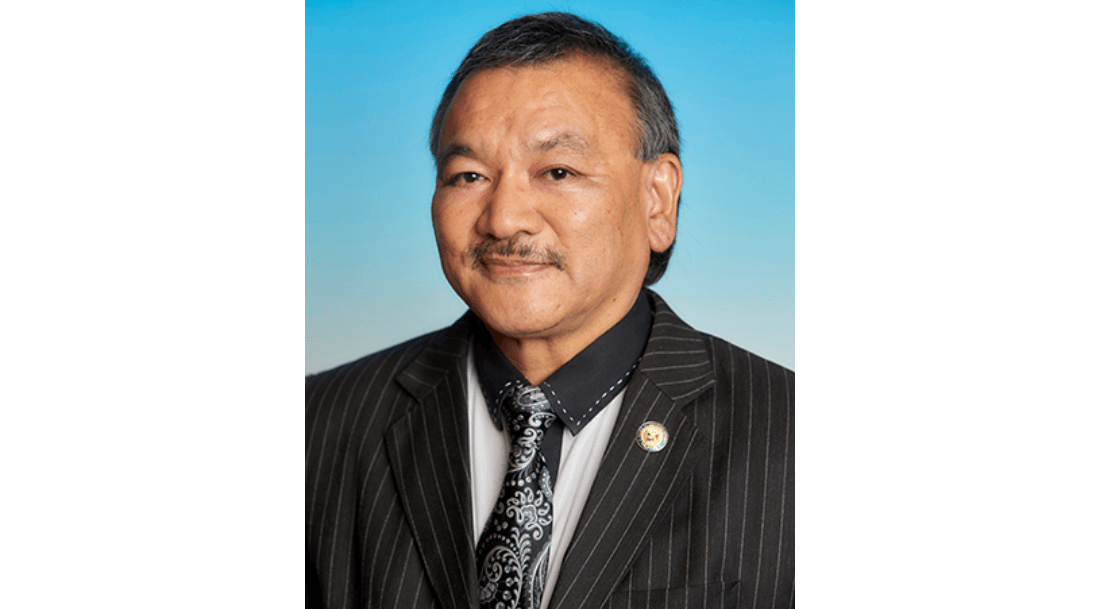 State of Reform reporter Sara Gentzler talked to Mizuno about his priorities for the 2019 legislative session, key issues he expects the House Health Committee to address, and a few of the notable bills he’s introduced and signed on to so far.

Sara Gentzler: What health care-related issues do you expect to be central to the House Health Committee’s work this session?

John Mizuno: We’ve already started, as you know, and already medical cannabis, de-crim, and pure legalization have already come up as central issues.

In addition to that, we have Medicaid for All. I couldn’t pass it just based on that, so I turned it into a study.

And we also have a number of bills addressing health care costs, trying to work with other states to maybe have a consortium so we can get prescription medications at a lower cost. The VA is a perfect model. I’m not saying they’re perfect — they are bureaucratic at times — however, their health care system, they buy prescription drugs and over-the-counter drugs at such a low rate because the power of bulk purchasing. They have the ability to do that.

Health is just robust. It’s connected to homelessness, mental health is health, and we’ve got people who are addicted to drugs that we’re trying to help out. And LGBTQ. And the youth, the youth that have been bullied. And those on disability. So, it’s pretty robust.

SG: Can you tell me more about the VA model you mentioned?

JM: Sure, Sara. The Veterans Administration, the VA. My dad was a veteran. So, when I took him to Tripler hospital in Hawaii, it was incredible. Everything was taken care of. It was pretty much a breeze. And when I’d take him in to the military medical facility, they just took care of him. The meds were all paid for.

Now, Oregon and Washington work together on bulk purchasing. I wouldn’t mind if Hawaii could join Oregon and Washington to provide greater access to bulk purchasing power. The tough thing is, Hawaii’s a non-contiguous state. We’re an island state. So we’re somewhat restricted. However, we’re still trying to be very creative when it comes to health care and health care costs to ensure everyone has access to health care.

SG: Do you foresee any particular issue as being especially contentious in the committee?

JM: When I talk about Medicaid for all… If you represented Kaiser Permanente or, we have Hawaii Medical Service Association, HMSA — a lot of the plans, they’re concerned, because that might put them out of business.

We moved away from single-payer and universal, because that seems to be the negative connotation, and talked about how we can ensure quality and affordable health care for all.

So, the discussion’s been brisk. Again, though, I’m not surprised that some of the health plans might be against a Medicaid for All or some type of single-payer system. You know, it’s give and take.

SG: At the risk of being redundant, I saw that you’ve introduced a lot of health care-related bills. So, beyond what the committee’s looking at: What are you, in particular, really hoping to get done?

JM: Medical cannabis. We want to get more access to that. And I anticipate Hawaii will pass a de-crim bill, we’re just not ready for full legalization of recreational. So, that’s definitely on my platter.

SG: I saw that you filed a bill allowing medical cannabis for treating opioid use.

JM: We just heard that today.

JM: I have to defer — it was House Bill 37. If you look at the calendar, you can look at Proposed House Draft 1.

I was working with the Department of Health, Eddie Merserau with the Behavioral Health branch, and they’re supportive of the bill with certain changes. So, hypothetically, the example would be that if I’m using opioids — and say I’m abusing it — they don’t want me to O.D. on opioids. So, if it’s the best, safest alternative, they would allow you to use medical cannabis in a place as you’re trying to go away from opioids.

Now, the reason why the Department of Health substance abuse branch was very cautious is: We’re replacing one drug with another. And, hypothetically, if I get off opioids, it’d be great. But, if I move on to cannabis, and then I get hooked on cannabis… Addiction is a problem. I traded one drug for another. I might not O.D. on cannabis, it might change my life and my family’s for the rest of my life.

At first glance, you think, “Hey, this is a good idea.” As we go through the testimony and we listen to all sides, it’s not that easy. You really have to have the wisdom of Solomon to try to pass these bills.

Another one we just passed was the flavor ban on tobacco products, electronic smoking devices, and e-liquids. We passed that out. That’s an interesting bill.

On one hand, there’s 15,000 flavors — I mean, I thought 31 flavors was a lot of ice cream. How do you get 15,000 flavors? And that was by Tobacco-Free Hawaii, American Cancer Society, Heart Association… we had a number of testifiers.

So, I was co-introducer of that bill. We allowed menthol. A lot of people smoke menthol products. Either vape or tobacco. And I did put in the committee report that the Department of Health will work with the finance committee to ascertain the effect on revenue.

We all see this as a laudable issue. Tobacco kills. In Hawaii, it kills over 1,000 people a year — not nationwide, just Hawaii only. However, [we need to] do the deep dive and be brutally honest with the lost revenue if we were to have an all-out tobacco flavor ban. And there’s good reason why no other states have passed this measure. I said, as we move on focused on health care, let’s do this prudently and smartly.

SG: That leads me to ask: I saw that a bill you signed on to would limit the sale of cigarettes, eventually, for anyone under the age of 100 in Hawaii. And I know that’s getting a ton of buzz. Does that have momentum?

JM: That’s my good friend Rep. Creagan’s bill; he’s a medical doctor and a farmer. I talked to him about it. It’s so interesting that you should bring this up. He’s on Fox News, BBC, CNN — a couple other places had his quotes.

The difficulty, I said to Representative Creagan, is that we’re going to look like we’re kind of wacky in Hawaii if we raise the age to 100. I mean, who’s going to say, “I’m 101, I can buy my pack of cigarettes.” I said we really need to move smartly on that.

As Chair, I have all these requests to hear bills. And, although I co-authored that, I’m probably not going to hear it. And if I don’t hear it by Thursday, it’s dead. And I have not scheduled it for a hearing for this Thursday.

It’s a bit drastic for people, even in Hawaii, to comprehend. So we need to take a step back and move smartly on this.

I’m all for saving lives, I get that. The best I could do is consider increasing the minimum age of purchasing cigarettes and tobacco [to] greater than 21. Right now, we’re the first state to raise the age limit to 21. And so, I said let’s just do this smartly, because we’ve got the whole nation watching us. We want to do this right.

SG: OK, last question: If you had a magic wand and could just pass one of your bills, what would it be?

JM: It would probably be on homelessness. We passed the most robust policy last year to fund $50 million for, we call it “ohana zones.” It would be considered like a family zone or a safe zone.

You know, Sara, homelessness… it’s not just that the guy or gal is lazy, or they don’t want to work. We’ve got a lot of working homeless who just couldn’t make the monthly mortgage or monthly rent. We’ve got families that are homeless, where the parents work and the kids go to school.

The most difficult thing, in my heart, is that Hawaii — the most beautiful state, where it’s a paradise — if you Google us, we have the highest rate, per capita, of homelessness out of any state in the nation.

So, last year we passed landmark legislation funding $50 million to try to find a safe zone, ohana zone, for our homeless. To allow them to be stable; to heal; and then, eventually, to go and get a job; and, eventually, get them back on their feet. To get them into affordable, supportive rental housing.

Again, we’re going to try to help our homeless. These are domestic violence victims, our military members come back with Post-Traumatic Stress Disorder, we’ve got people that have drug addictions — or both, dually diagnosed. So there’s so many people that are hurting.

That, and helping disabled get the essential services they’re due. We have a disconnect. Hawaii has the lowest rate of developmentally disabled people that are hired by the workforce.

So that’s two: Homelessness and, if I had a magic wand, I would pass the bill to get more of our disabled employed in the workforce. We really have to do that to both help them and help our state.