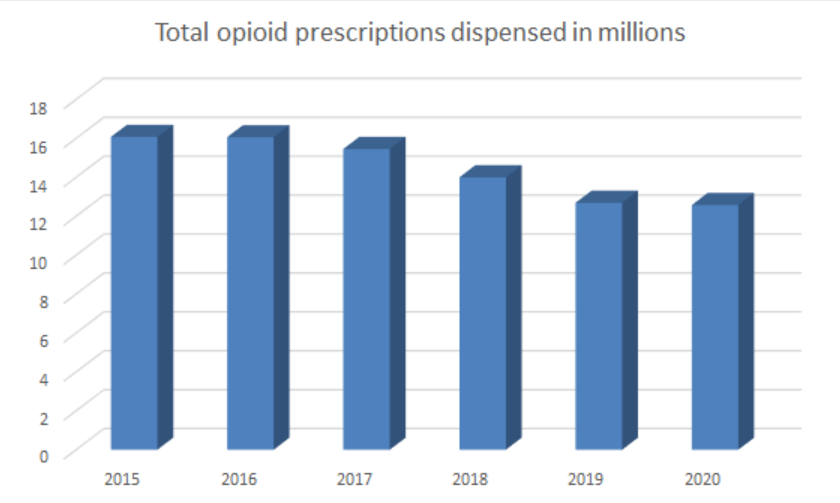 Third-quarter data on statewide opioid prescriptions for 2021 has been made available by Florida Health, and shows that between July and September, the number of prescriptions dispensed to patient ticked down.

According to the dashboard on Florida Health Charts, the number of opioid prescriptions decreased during the third quarter to 2.94 million, down from 3.16 million in the second quarter, and 3.13 million in the first. 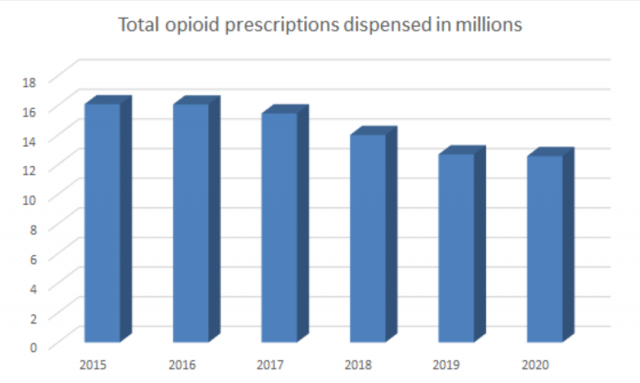 Florida has been trying to combat the opioid epidemic for more than a decade. According to Project Opioid Tampa Bay, the Bay area was ground zero for pill mills in Florida and much of the East Coast. Concerted efforts during the 2000s made it much harder to obtain prescription pills, but this also led to an increase in heroin and synthetic opioids.

Below is a graphic from the Centers for Disease Control charting the three waves of opioid overdose deaths dating back to 1999. 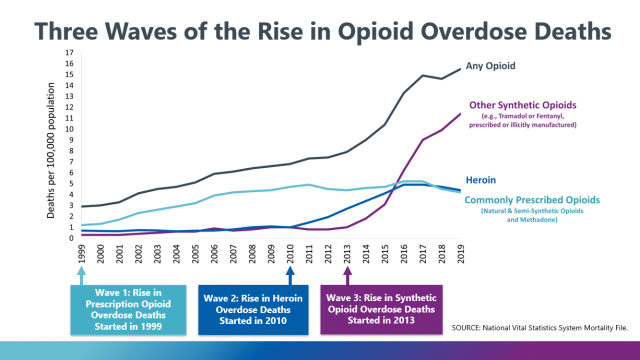 The CDC’s Vital Statistics Rapid Release dashboard show that overdoses have been increasing rapidly during the pandemic, with data running through March 2021. Opioids remain the top causes of overdose deaths, but psychostimulants have also been increasing. Those findings can be seen below: 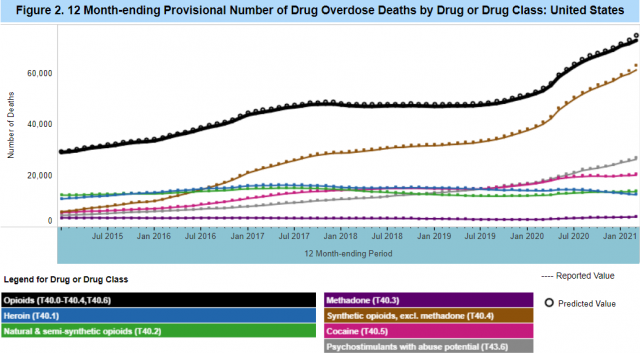 In 2009, the Florida legislature responded to pill mills by creating the prescription drug monitoring program, which requires pharmacists and dispensing practitioners to report information to the database each time they dispense a controlled substance. These laws were strengthened in subsequent legislation, including HB 21, which passed in 2018.