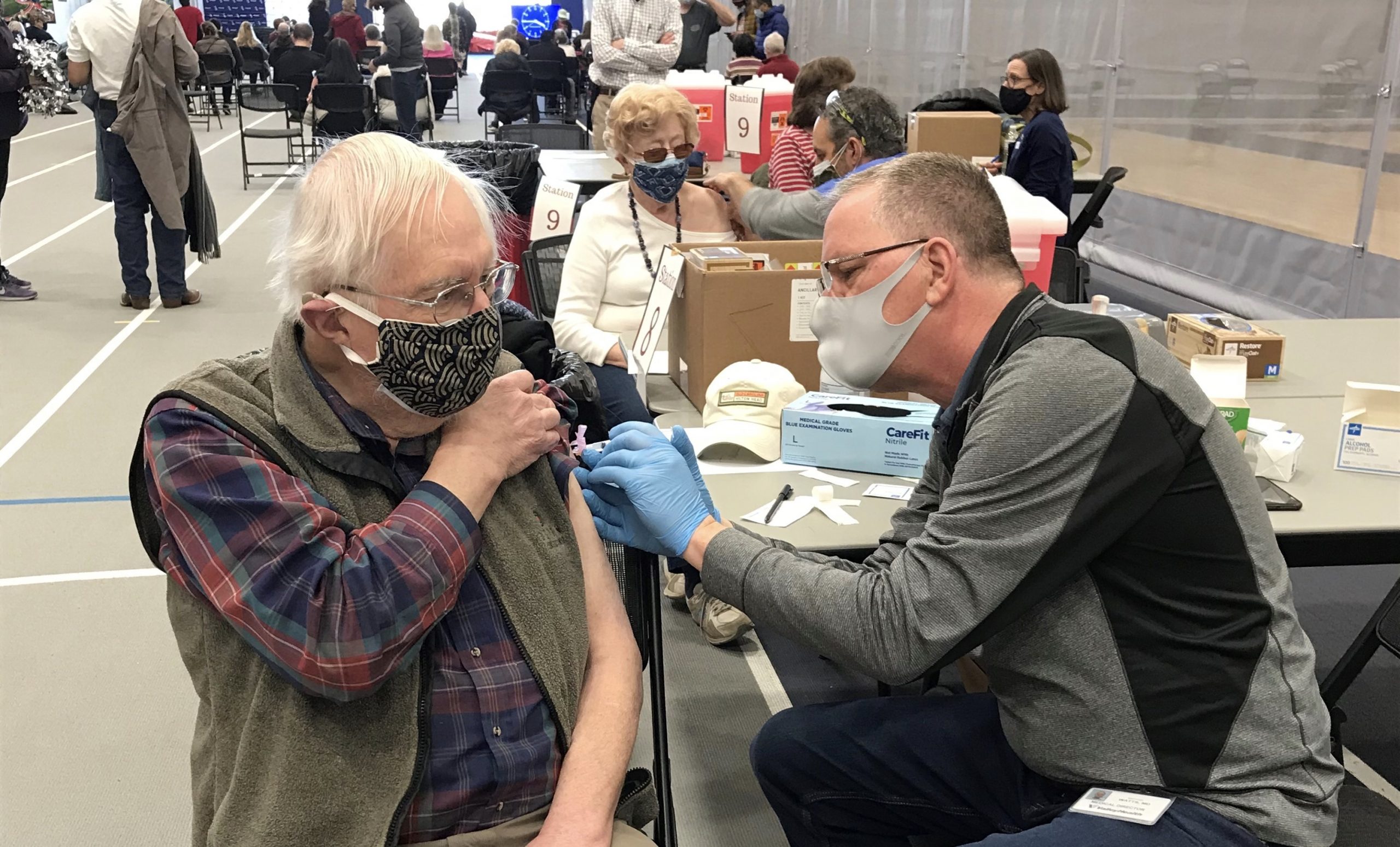 Governor Ron DeSantis announced Wednesday that “Florida was right” in prioritizing COVID-19 vaccinations among seniors aged 65 and older after a report from the U.S. Department of Health and Human Services (HHS) noted a significant reduction in infections, hospitalizations, and deaths among vaccinated Medicare beneficiaries. DeSantis referenced the Centers for Disease Controls’ (CDC) decision in Jan. 2021 to expand vaccine guidelines for all seniors, in addition to people under 65 with “comorbid conditions.”

The national study used claims from 25.3 million Medicare fee-for-service (FFS) beneficiaries from Sept. 6, 2020 to May 29, 2021 and estimated the impact of vaccination rates as they began rolling out from Jan. 2021 to May 2021. The study said:

“Comparing the rates of these outcomes to what our model predicts would have happened without any vaccinations, we estimate COVID-19 vaccinations were linked to estimated reductions of approximately 107,000 infections, 43,000 hospitalizations, and 16,000 deaths in our study sample of 25.3 million beneficiaries.

These estimates correspond to estimated reductions of approximately 265,000 infections, 107,000 hospitalizations, and 39,000 deaths for the full Medicare population of 62.7 million people.” 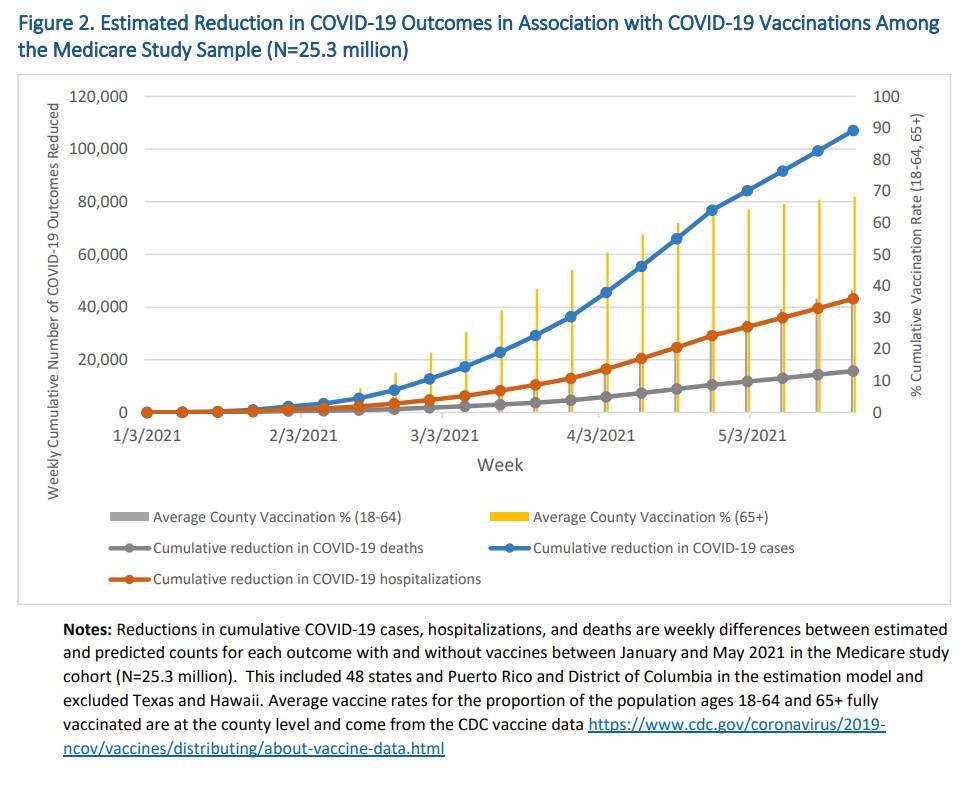 Image: Office of the Assistant Secretary for Planning and Evaluation, U.S. Department of Health and Human Services

The study also provided reduction estimates for each state. Of the 1.8 million Florida Medicare beneficiaries in the study cohort, 73.9% were vaccinated at the time of the study, which led to a reduction in 6,900 infections, 2,700 hospitalizations, and 1,000 deaths. The study projected a total reduction of 17,000 infections, 6,700 hospitalizations, and 2,400 deaths from COVID in Florida from the total Medicare Population of around 4.6 million.

DeSantis said these reductions were due to his “Seniors First” approach, implemented in Jan. 2021.

“Following Florida’s lead, earlier this year the federal government reversed course from prioritizing younger populations for vaccinations to recommending that states prioritize seniors age 65 and older. When I decided to put Seniors First, the data clearly showed that prioritizing vaccines for seniors would save the most lives. It was the right thing to do, and I am glad to see the federal government has continued to acknowledge this reality.”

DeSantis has responded to criticism of his “Seniors First” approach, calling them “a joke.” There have also been concerns over how the state’s vaccine distribution may have led to racial and socioeconomic disparities. WUSF Public Media reported that although DeSantis denied race as a factor in vaccine distribution, the process tended to favor seniors with higher education and incomes. Systemic racial inequities have put people of color at higher risk for COVID, according to the article.