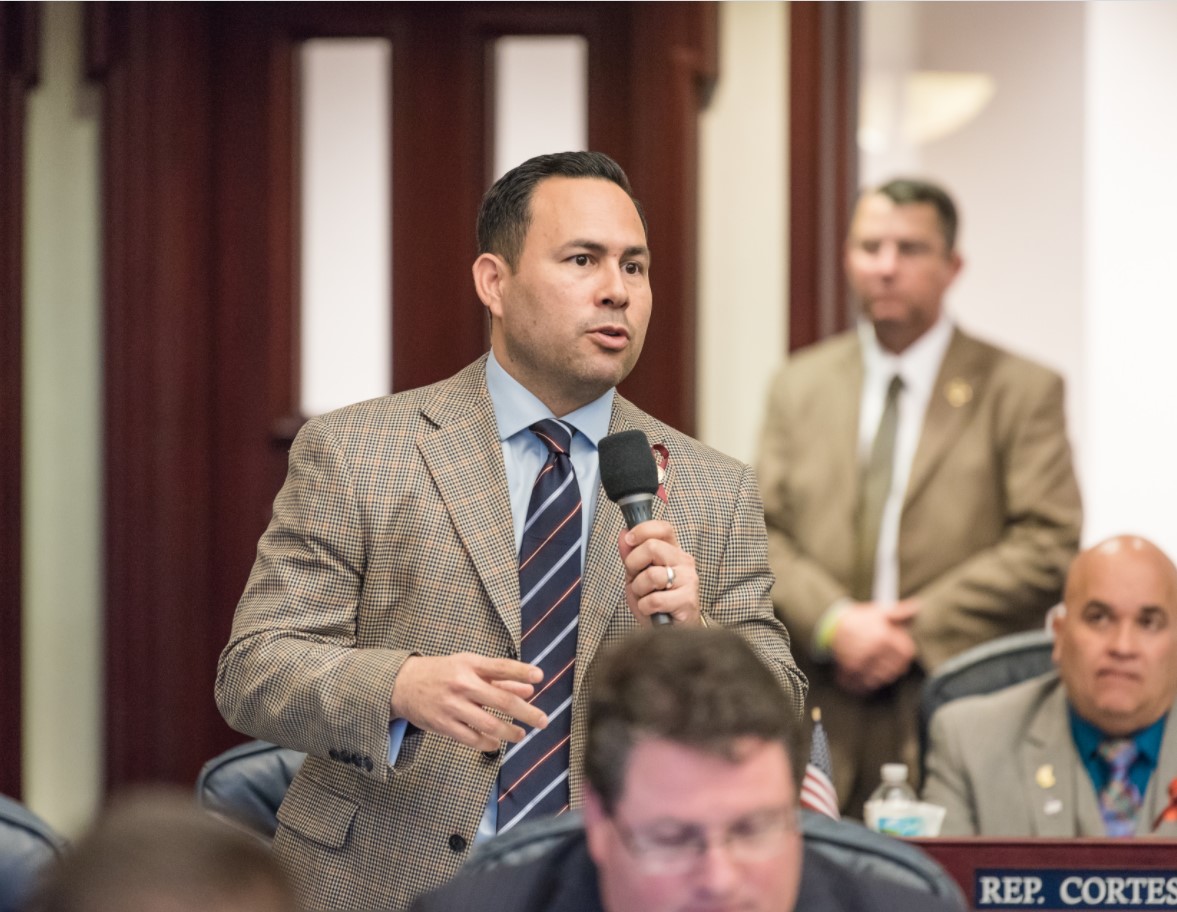 Representative Nicholas X. Duran (D – Miami-Dade) is the Democratic Ranking Member of the House Appropriations Committee and a member of its Health Care Appropriations Subcommittee. Duran also serves on the House Health and Human Services Committee. Ahead of the 2022 legislative session, Duran is co-sponsoring HB 135, which would expand the income eligibility threshold to receive child health insurance under the Florida KidCare Program.

In this Q&A, Duran discusses the vision for HB 135, abortion restrictions in Florida, and the pandemic’s toll on hospitals and health care workers.

Nicole Pasia: How are you preparing for this upcoming 2022 legislative session? What might be different now that we are a year and a half into the COVID-19 pandemic?

Representative Nicholas X. Duran: “It’s been a tough last couple of months, obviously, for the state of Florida with the resurgence of the Delta variant of COVID. You speak with hospital systems, it has been incredibly difficult for them [and] their staff. Staffing issues are a major issue and concern, particularly with the nursing profession. And this isn’t just generally a state specific issue. But it is something that we certainly need to confront and discuss …

With respect to the health care side, the Medicaid bumps that we have received via federal relief [funds] have been so important and critical. And I think oftentimes the estimates can be overblown, in many respects, that there’s so many people on the Medicaid program. But the other inverse to that is, we have a lot of folks who are going to be — as the economy is coming back and flourishing and seems to be showing some good resilience on that end, that not everyone’s going to necessarily need to be in Medicaid going forward. You have a pay raise, the minimum wage is going up, which is also important.

When it comes to these questions that we had last session, where we were presented with this idea that we needed to go through the exercise of cutting the budget, I don’t necessarily think that’s going to be the case this go-around. Especially because the federal dollars are still in play and being helpful …

That said, the reality is we have a lot of need for mental health care and access to mental health care. We have to figure out how the state of Florida [can] position itself when it comes to the nursing profession and medical professionals, and [how we can ensure] that we can recruit and retain and ensure that at least here in the state of Florida, we can figure out ways to avoid crisis-level staffing issues. I also think that when you look at the minimum wage change that’s happening, this is important. This is big, not necessarily just because of the few bucks that families are going to be able to rely on, but it impacts our social services programs, and eligibility levels now.”

NP: This brings us to HB 135. Why would it be helpful to extend the income eligibility threshold for Florida KidCare beneficiaries?

ND:  “This idea that we’ve brought to folks’ attention over the last two years, is this idea of fiscal cliffs. Families are eligible for daycare, they’re eligible for housing and certain social service programs, but the moment that they are receiving an extra couple of bucks, that impacts them dramatically in that it may cost them more money now because they’re no longer eligible for, say, their kids’ premium share on the KidCare program.

So we have to confront that. I think this session is one where we need to do so because as I mentioned to you, while we are where we are increasing the minimum wage this year, it’s going to scale up again. And these fiscal cliffs will become very painful for many families, despite the increase in the minimum wage. The idea and the concept behind that is, how do we do this in a way that doesn’t [mean] you’re dropped into icy waters immediately? How do we do this [in a way] that’s responsible [and] that gives them the kind of pathway to glide out of this in a way that [is] helpful.

And I think that’s kind of the heart of that bill, HB 135, that Rep. [Robin] Bartleman has introduced, and I’ve co sponsored. I think that’s the kind of bill that creates that kind of pathway to allow families to ensure their kids have access to health care, continue to have a relationship with a medical doctor, continue to make those appointments, and have access to medicines.”

NP: I want to also ask about abortion laws in Florida. Rep. Webster Barnaby prefiled HB 167, which places similar abortion restrictions in the state as Texas’s SB 8. How would this bill, should it pass, affect Floridians?

ND: “It was a shame to see what they did in Texas, and it is shameful to see the state of Florida Legislature try to mimic and mirror that effort. All of this ultimately in my book continues to be a death-by-a-thousand-papercuts approach to a woman’s right to privacy to make a decision about her own body and her own medical choices. Oftentimes the picture is painted that this is some willy-nilly decision made, but oftentimes we know how difficult this is, how personal and how much emotion goes into a decision of this sort.

To me, it ultimately is a violation of privacy, not only at the federal level, but we have privacy rights in the state that we hold dear, near and true … [HB 167] is about testing the newly reconfigured Supreme Court, and then sending it up to the also reconfigured federal court. Ultimately, I think that’s what it’s about. It’s red meat politics at its worst. And sadly, it’s at the behest of women’s privacy rights that I think are so critical and important here in Florida.”

NP: Going into this next session, especially a year and a half into the pandemic, how can the legislature maintain a sense of urgency regarding health issues in Florida? What gives you hope that there will be progress in 2022?

ND: “I am a half glass full approach to everything. That’s why I’ve never stopped pushing Medicaid expansion. Because I always say to myself, it’s just another two more members who I need to come here. At some point, you’ll start to see folks realize that we’re passing away our own tax dollars to other folks. It’s a matter of one, understanding that the state of Florida, we can look at the multiple different crises that we have, that we confront. For instance, we have been dealing with health crises for many years, right? You had an opioid epidemic, which is still presenting itself in different ways. And I think COVID kind of helped reignite it …

But I think, look, we are growing. We are beginning to, in many respects, think about how we leverage technology and use it to provide more efficient, effective, affordable, high quality health care. Look at the telehealth bill that’s creating better access to mental health. And look at what we’ve done in the Medicaid sphere. Last year, we pushed really hard and it was one of the things that I negotiated with the speaker and with my colleague Rep. Kamia Brown, was extending the Medicaid program for women after they’ve had a baby here in the state of Florida. That’s a huge move in the right direction.

I always say to myself, it’s all about continuing to engage others in this body to fully understand these things as being non-political, and more about in you know, the overarching health of our state. I’m optimistic. I think there’s plenty there. There’s obviously a lot of challenges ahead. But to me, we have to continue to sort of nip away at the checklist, mark off one thing after the other. That’s the way it has to be done. The work is never-ending — it’s a constant opportunity and challenge.”