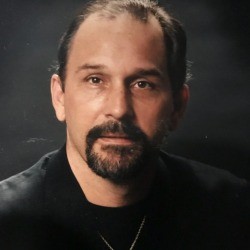 A nurse’s vision to transform the health care system

John Silver, PhD, RN, had no interest in politics or models of health care when he became a registered nurse in 1984. However, after years of listening to fellow nurses comment on poor health outcomes and structural inconsistencies within health care settings, he realized he would need to do more than nursing to try to solve these problems.

“Innovating in a dysfunctional health system doesn’t change the system.”

After earning a PhD in comparative studies and founding the five-member advocacy group Nurses Transforming Healthcare, Silver, based in Ft. Lauderdale, FL, shared his analysis of the American health care model, its flaws, and the potential solution he calls the “new American model.” Here are a few of his key takeaways:

Health care costs too much, with poor outcomes


Health care costs in the U.S. have increased exponentially in the last few decades, but poor health outcomes still persist. An analysis from Health System Tracker (HST) reported national health expenditures increased from $388 billion in 1970 to $3.8 trillion in 2019 — nearly 10 times as much. HST also found the amount of national GDP dedicated to health spending increased from 6.9% in 1970 to 17.7% in 2019.

Despite the increased spending, poor health outcomes for Americans still persist. HST reports that although mortality rates in the U.S have declined over time, the average national life expectancy is 3.5 years lower than those of comparable countries. 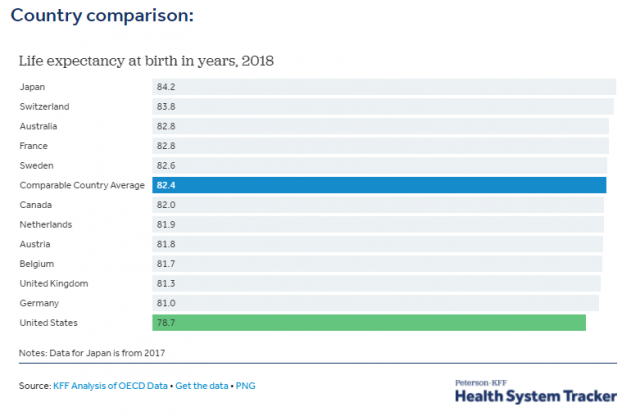 HST also found that a higher percentage of adults reported their general health was poor, and just 8% of adults aged 35 and over received all of their recommended high-priority preventative services for cancer, heart disease, and other conditions.

Silver says there is a disconnect between how the health care system operates and what the public needs.

“This [health care] system is just not meeting our social goals for health care.”

We need to reframe what health care means


To achieve these goals, says Silver, we need to reimagine how we view health care.

“Instead of [health care] just being 300 million individual interactions they get charged for, what if we think of health care as a service we provide to the community?”

The new American model Silver proposes would reorganize the current health care structure from predominantly fee-for-service models to regionally-based systems that use data from public university health centers to drive the best health care solutions for their particular communities.

Silver says this new model would prioritize holistic health outcomes rather than profits.

“You’re removing profit incentives. [The new model] would be more like a public utility. You need to generate profit, but you don’t need 8%, or 12%, or 6%. You just need to be able to generate a sustainable profit so you can [support] new facilities or look at new services you can provide.”

Health care leaders have discussed the concept of value-based care before. At the 2021 Florida State of Reform Health Policy conference, panelists discussed the barriers preventing the transition from fee-for-service models, such as a disconnect between executives and providers, outdated data, and a failure to incorporate the social determinants of health into policy.

The COVID-19 pandemic may have been a turning point, however. Hospitals lost a daily average of  $1.4 billion in revenue each day due to lower patient volumes during the pandemic, according to accounting and consulting firm Crowe. Some health experts say that with hospitals wanting to lower operational costs lost during the pandemic, value-based care may become more prevalent.

For this model to work for health care, payment and administration needs to change

On the payment side, Silver says the system would move away from charging people for individual services, to interval payments, such as a utility bill.

“Everyone’s going to be paying into this system service, which is what it’s going to be based on now, instead of individual interactions. It will be the provision of primary care services to this region.”

Silver says that with more people regularly paying into this system, whether it be individuals, corporations, or local governments, collective health expenditures will decrease. For example, he estimated Oklahoma, which currently spends 20% of its budget on health care, could reduce spending to 8% or 9% under the new model.

“Businesses are paying a ton of money for health insurance for their employees. That’s money that could be going into salaries. [Business expenses are] also going to be greatly reduced because they’ll be paying into that service provision, not for individual interactions.”

Administration changes, Silver says, include the creation of regional-based councils of practitioners — representatives from physicians, public health, emergency medical services, and public policy — to oversee the distribution of health care services and resources, rather than executive officer positions.

He says nurses should have a central role as well:

“The idea is to get public health, and particularly nursing, which are the deliverers of health care at the street level, to directly interact with, for example, public health or city services. They identify health risks in communities. Public health and nursing [should be] working together to address what resources need to be brought into communities, what they need.”

Why the nursing perspective matters

Silver emphasizes the value that nurses could bring to the health care system.

“Nursing, philosophically, is always focused on the other, the patients. We don’t really have a self-serving interest as a profession. Nursing is also the expert in the delivery of health care. Medicine is the diagnosis and treatment of disease, physical therapy [is the expert in] physical therapy, pharmacy [is the expert in] pharmacy, but nursing has over 120 years experience in how you actually deliver health services to communities. And we have that through our public health nurses.

The very origins of nursing are about reaching out to groups that need health care. And then we had the nurse practitioner movement [of the 1960s], which was exploding. So the anticipated outcome of this is it’s just going to unleash a lot of — particularly nurse practitioner — innovation in how we get needed services to needy populations.”

Next steps for a new American health care model

Silver acknowledges that not everyone will benefit from this type of health care model.

Isn’t our goal to deliver health care to a country? I think those are the kind of philosophical arguments we have.”

Silver is preparing to speak at the upcoming Integrative Provider Association conference in October 2021. Nurses Transforming Healthcare is currently working with Minnesota legislators to create a pilot program of the new American model in Ramsey county. Silver says his goal is to garner more public support.

“I’m kind of working with nurses to build up enough mass that we can then afford to go public presenting this vision. Every group I’m talking to…it takes a discussion with them, because it’s not a five minute elevator sale. It takes an ongoing discussion of weeks and months sometimes to finally get them to the point where they go, ‘Wow, this is the system we need.’”