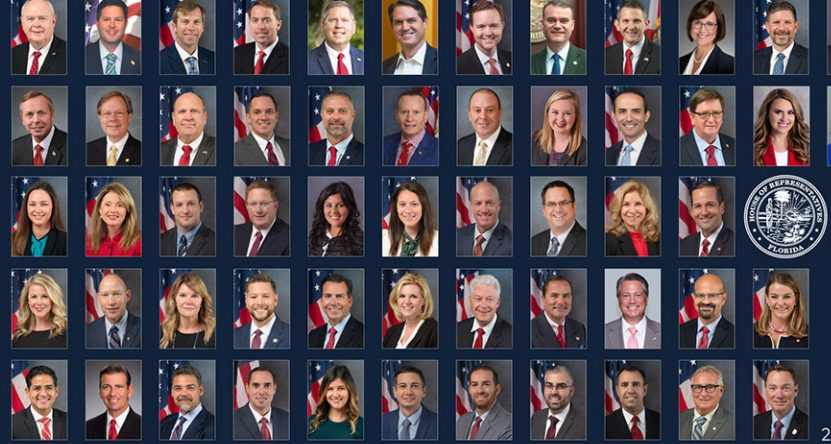 The COVID-19 pandemic, financial strain and accelerated calls for health equity became an impetus for health reforms around the country over the past year. While the pandemic played out in Florida in some unique ways, state legislators also followed a national trajectory that saw increased efforts to expand health coverage, build out telehealth infrastructure, and reduce surprise billing.

Two members of the Legislature who played a role in those efforts were Rep. Tom Fabricio and Rep. Mike Beltran, who both serve on the House Finance and Facilities Subcommittee. Fabricio represents the 103rd District, which covers Southwest Broward County and parts of Northwest Miami Dade. Beltran represents the 57th District, which covers parts of Hillsborough County.

On a Republican policy leadership panel at the recent Florida State of Reform Health Policy Conference, they reviewed their work on health care in committee and in the budget process during the 2021 session

At $101 billion, the state budget signed by Gov. DeSantis Wednesday is the largest-ever state spending plan. State coffers were buoyed with $10.2 billion in federal COVID relief funds. Of the total budget, $44.6 billion went to health care. The Legislature increased the amount of money allocated for health care by 13.36%, making health care the largest single chunk of the budget, said Fabricio.

Diving into the budget, Beltran applauded the Legislature’s move to secure funding to expand Medicaid coverage for postpartum women to 12 months up from 60 days, Medicaid coverage for children in foster care, and about $9 million for a minority health equity planning initiative. Beltran qualified that he is not in favor of widespread expansion “because it costs money.”

“If you have able-bodied adults that are working, for instance, they should be able to procure their health care. If they can’t, we need to be able to address the insurance market or we need to address health care costs rather than expanding government, and therefore the burden on the taxpayer.”

Beltran also said that federal grants to expand Medicaid would force the state to expand in perpetuity.

“Until we get a handle on cost control, I wouldn’t want to expand it across the board, because the idea the federal government is really helping, if they were going to cover 100 percent of it in perpetuity that’s fine. But they give you some kind of match for a couple years and then you’re on your own essentially.”

In the future, Beltran says the Legislature needs to get the budget back under $100 billion because the state will not enjoy the same level of federal aid that it received during the pandemic

Elected in 2020, Fabricio is among a crop of candidates who campaigned on increasing telehealth access. As a result, he focused on it during the 2021 session. He filed a bill that sought to allow physicians to prescribe schedule III, IV and V substances through telehealth consultations.

“I often tell the story of my grandmother, who in the last seven to 10 years of her life had a lot of doctor’s appointments … She spent a good amount of time sitting in waiting rooms for a 10-20 minute consultation in order to continue medications or have medications changed one way or another. Oftentimes I noted that these consultations didn’t require a physical, in-person presence. For elderly persons to have to travel and ensure that, for working persons to have to leave work, I think it’s not needed.”

A gubernatorial emergency order permitted this sort of telehealth during the pandemic, and stakeholders found that it worked well. But after passing the House, Fabricio’s bill ultimately died in the Senate. He plans to reintroduce it next session.

The Finance and Facilities Subcommittee also spent time looking at insulin prices, pharmacy benefit managers (PBMs). One bill that came out of the committee helps to provide consumer disclosure on the differences between urgent care and an emergency room. Beltran thinks this bill will help eliminate surprise medical billing.