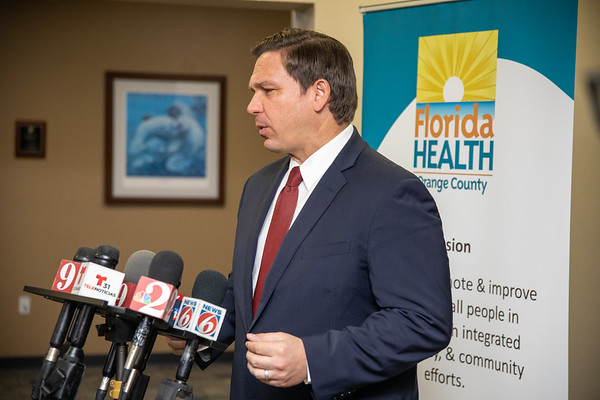 Florida Gov. Ron DeSantis signed an executive order last week that will ban the use of “vaccine passports” in the state.

“Vaccine passports” is a shorthand phrase for official documents that certify that someone is vaccinated. The passports would allow for business to restrict certain services only to people who have been vaccinated. Common uses could include needing to show certification of vaccination before travel – hence the passport moniker – or needing proof of vaccine to eat at a restaurant indoors.

The order would prevent government officials in Florida from distributing official documents that confirm someone’s vaccine status. It would also prevent businesses in the state from requiring any vaccine-related documentation from customers before service.

Governor DeSantis tweeted a statement on the executive order on Friday:

“Today I issued an executive order prohibiting the use of so-called COVID-19 vaccine passports. The Legislature is working on making permanent these protections for Floridians and I look forward to signing them into law soon.”

The order comes as a response to the idea of vaccine passports being needed for travel becoming a national talking point last week. Dr. Anthony Fauci, the U.S. government’s top infectious disease expert, said on Monday that he does not believe the federal government will require vaccine passports. New York launched the first iteration of vaccine passports last month and it is expected that other states may follow.

More than 30% of Florida residents have received at least one shot of the COVID-19 vaccine. Florida has distributed the third most vaccines of any state with 13.8 shots administered since the vaccine rollout began in December – trailing only Texas and California.