A bill that would prohibit the practice of disability abortions passed through the Florida House Health and Human Services committee on Tuesday, though not without its detractors.

House Bill 1221 was filed by Rep. Erin Grall in late February. Sen. Ana Maria Rodriguez filed the identical SB 1664 within the same week. The bill would make it a felony for a physician in the state to perform an abortion if they knew the mothers sole reasoning for wanting the procedure was because they had found out their child would be born with a disability.

Disabilities included in the bill are any physical disability, physical disfigurements, Down syndrome, scoliosis, dwarfism, Albinism, amelia or a physical or mental disease.

Grall received pushback from Democrats in the committee on the bill. Representative Nicholas Duran questioned whether or not the bill may prevent physicians from asking key questions to patients seeking medical treatment. Representative Tracie Davis believes the law would be struck down by federal courts due to past decisions such as Planned Parenthood of Southeastern Pennsylvania v. Casey.

Grall said the questions fell outside of the scope of her bill and responded by saying her bill was filed to combat eugenics, a process where certain traits are systematically removed from the gene pool.

Whether or not disability abortions are eugenics has been a point of contention for many in recent years. As technology improves, parents can now find out a lot about their children while they are still in the womb. Some experts fear that parents may be more willing to abort their children based on certain traits, which can be considered eugenics. Some, including Grall, compare these types of abortions to the eugenics performed by Adolf Hitler and the Nazi party to Jewish people during the Holocaust.

Representative Michelle Rayner said that many disability advocates she had spoken to opposed the bill, though. She also said the bill did not truly do enough if the goal was to help the disabled community:

Where’s the part of the bill that fixes the patchwork of systems we spend literally years of our lives waiting on? Where is the part of the bill that addresses medical institutional bias? What is being done to ensure that these kids and their families have the support that they need to thrive and opportunities when they grow up, instead of joining the rest of us in log jams that are weightless for services? This bill isn’t about disability, it uses disability to push forward an agenda having nothing to do with disability.”

The bill does have its advocates, though. Rep. Tyler Sirois lauded the bill and praised Grall for filing it. A representative for Florida Voice for the Unborn, an anti-abortion group in the state, gave testimony:

“The goal of this bill is simple: To stop the legal discrimination against unborn children who have been diagnosed with a genetic disability or a potential genetic disability prior to their birth. All abortions, in my opinion, are heinous, but these types of eugenic abortions are particularly evil because they purposely target the handicapped for elimination from society.”

The bill passed the committee by a 12-8 vote. It will now go to first reading on the house floor. 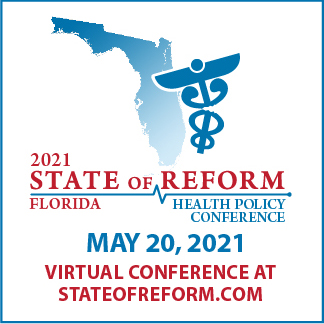