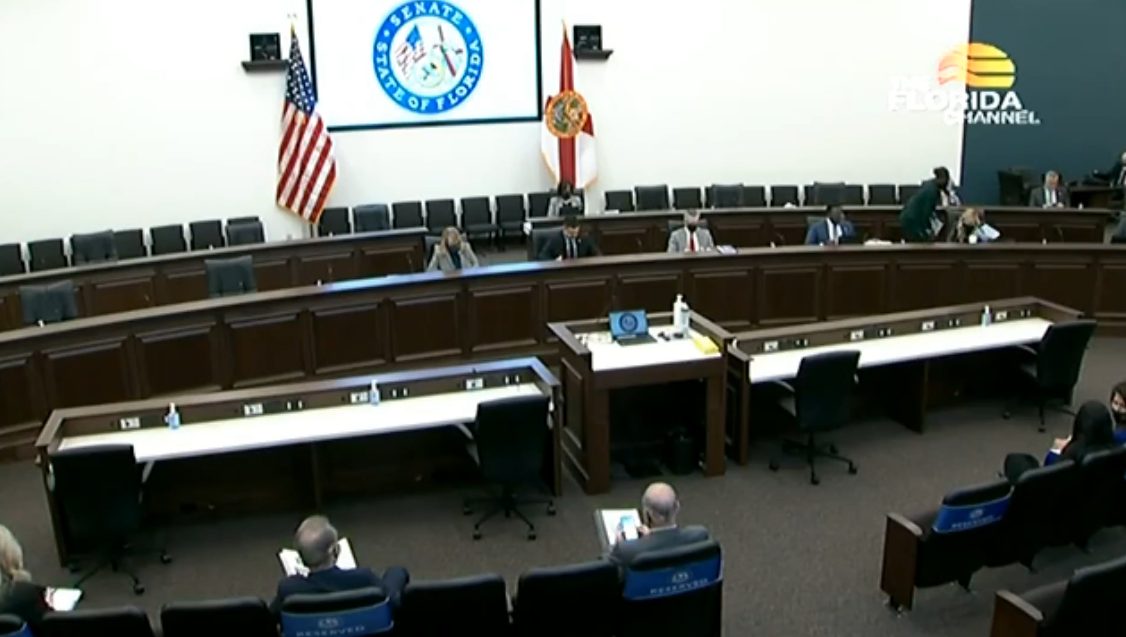 Senate Bill 700 was filed by Sen. Ana Maria Rodriguez on Jan. 21. The bill would allow for the expansion of telehealth services in the state. It would also require the Health Care Administration to reimburse telehealth services under certain circumstances.

Senator Rodriguez believes the bill would help close some of the legal gaps in expanding telemedicine:

“Telemedicine allows for qualified health care workers to interact with patients remotely and provide certain services. The problem is that while telemedicine is a boon for Floridians, there are still several limitations on how telemedicine can be practiced and in what manner. How does this bill resolve that problem that [the] bill would address three key areas of telemedicine practice in Florida?

The three areas [where it can help with limitations] are [allowing] Medicaid to reimburse … remote patient monitoring. [Ending] technology restrictions on telehealth such as requiring audio only devices, for instance, would open up texting options services where applicable or desired. And lastly it authorizes telepharmacy for prescription services.”

An amendment to the bill introduced by Sen. Rodriguez would also allow for hearing services to be performed via telehealth, undoing a restriction that has existed for over 30 years. A further amendment by Sen. Aaron Bean would not include hearing care for children under the age of 18 in the previous amendment, citing the specific care and possibility for misdiagnosis for children using telehealth hearing care.

Steve Winn of the Florida Society of Hearing, spoke against the amendment presented by Sen. Rodriguez, but did support the further amendment by Sen. Bean.

“It is our pursuit to increase access to care through technology, but we must first ensure that the care rendered is safe for the patient and not below the standard of care.

As drafted, the amendment would establish a process to which the accepted standard of care carefully designed in the interest of patient safety can now be waived. We believe the critical observations of trained and licensed hearing professionals, utilizing proper calibrated diagnostic equipment is vital to patient safety. The purpose of hearing examinations is to diagnose, manage, and then develop appropriate treatment plans, which may include the fitting of hearing aids for patients. This amendment would establish a waiver process that is contrary to the best interests of the patients.”

Representatives from the Florida Retail Federation, Florida for Care and the Florida Chapter of American College of Physicians spoke in favor of the bill.

The bill does not have unanimous support, though. Barnie Bishop, a representative from Small Business Pharmacies Aligned for Reform spoke against the bill, saying it would lead to less oversight of drug prescriptions.

“We oppose this bill on the telehealth portion with regard to pharmacists, because we don’t believe that it’s appropriate for a pharmacist in another state or in a remote location to be able to oversee and manage a pharmacist at another location. This isn’t an issue in the pharmacy industry profession today … this is an issue that will allow them to have fewer people overseeing drug prescriptions and do it on a remote basis.”

The committee discussed three other bills which unanimously passed.

They include SB 362, which would amend the process and membership requirements of the Pediatric Cardiology Technical Advisory Panel.

Senate bill 780 would allow for physicians licensed to work in Veteran Affairs (VA) hospitals out of state to work in VA hospitals in state. This would help address the state’s health care staffing issues, according to the bills sponsor Sen. George Gainer.

A bill, SB 866, that would increase the percentage of the cigarette tax that goes towards the Moffit Cancer Center in Tampa was passed as well. If the bill passes, the center would be able to expand and build a new facility on an available 800-acre plot of land.

Senate Bill 768, which was filed by Sen. Dennis Baxley, would authorize pharmacists and registered interns to administer vaccines to children. The bill passed along party lines, with six Republicans voting Yay and four Democrats voting Nay.