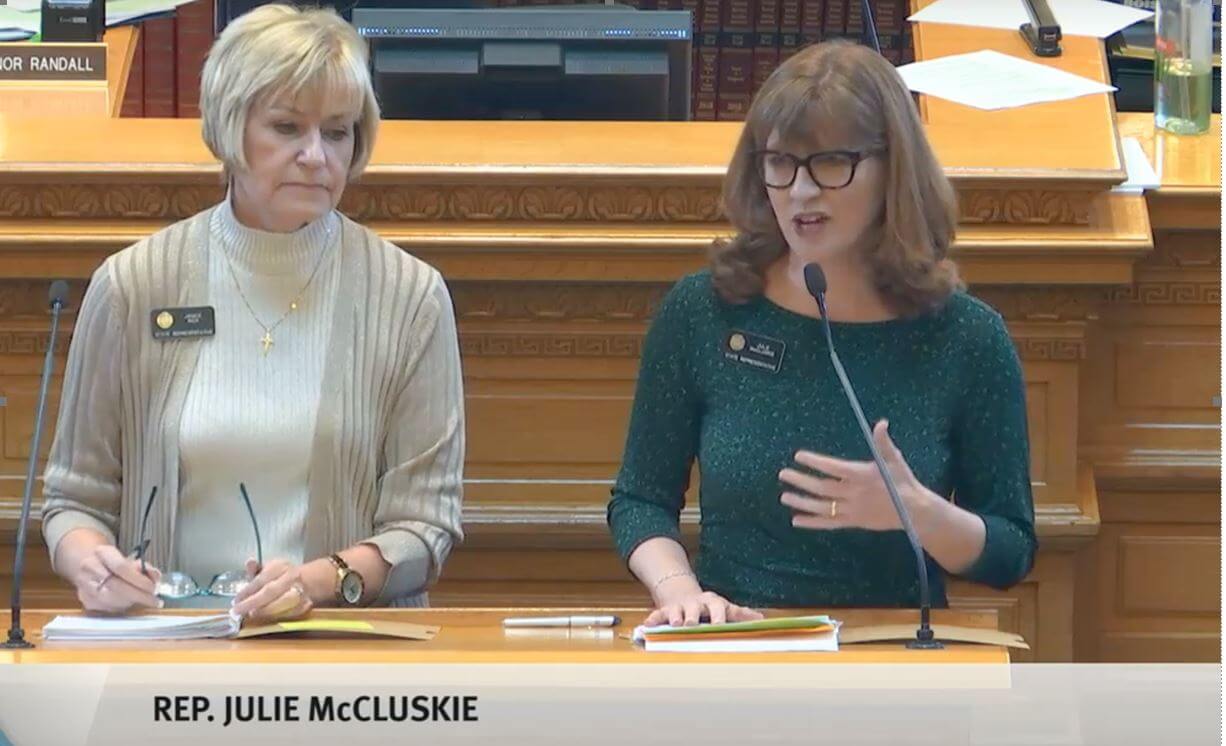 Friday, members of Colorado’s House of Representatives debated a bill (HB19-1168) that would create a reinsurance program and authorize the state to request a federal waiver and funding to implement it.

The House ultimately passed an amendment that changes the funding mechanism in the program and provides exemptions for certain hospitals.

Rep. Julie McCluskie, one of the bill’s prime sponsors, explained those changes to the chamber:

“In the original bill, as we discussed in committee, we developed a cost-savings approach for funding reinsurance that would’ve reimbursed claims at a Medicare-reference-based rate on a particular fee schedule, set annually. Two weeks ago, the division of insurance delivered an actuarial analysis that demonstrated our funding approach with this cost-savings method would work and help us achieve those significant reductions to health insurance premiums in the individual marketplace. And, while that cost-savings approach was innovative, bold, and ground-breaking — and really had the potential to fix a broken health care system — we realized that changing our funding mechanism to a more traditional, special provider fee strengthened our application for the federal, section 1332 state innovation waiver.”

The revamped funding mechanism would have the state assess special fees against hospitals to fund the program. Those fees are subject to several limitations:

If there’s a suspension of the Health Insurance Providers Fee imposed by provision 9010 of the Affordable Care Act — as there is this year — the Commissioner would still collect a fee in that same amount for the program. Up to $30 million of that funding would be used to offset the hospital fee.

Certain hospitals would be exempt from the fees, including:

The amendment, McCluskie said, came as a result of engaging with stakeholders and “captures the work” of the Legislature, the Division of Insurance, hospitals, providers, and health care advocates.”

With the adoption of the amendment, the Colorado Hospital Association announced that it would move its position from against the program to “neutral.”

“While we are neutral because this bill affects our members across the state differently, we appreciate the diligent work by the sponsors, Rep. McCluskie in particular, Insurance Commissioner Michael Conway and Gov. Polis, for their personal involvement, energy and commitment to working on a compromise,” said Steven Summer, CHA president and CEO.

UCHealth also changed its position from opposed to neutral following the amendment’s adoption. The health care system sent State of Reform this statement via email:

“As one of the largest health systems in the state, UCHealth would shoulder a significant amount of the costs for this reinsurance program. We are willing to accept this financial cost to support patients and to help lower insurance rates and the premiums charged by insurance companies. However, we believe everyone – including insurance companies, drug companies, pharmacies, and providers – must do their part to help reduce health care costs and improve the overall health of our state. In addition to being the largest provider of adult Medicaid inpatient services in Colorado, UCHealth provides a significant amount of community benefits. Last year, we spent $854 million on uncompensated care and community benefits, which is more than 23% of our system-wide expenses and nearly double the national average.”

Reps. Mark Baisley and Colin Larson were among a handful of representatives who stood in opposition to the bill.

Baisley called the program “an overreach of government into industry.”

“We should not be directly involved, we should not be lifting money and making those purchases of new insurance,” Baisley argued. “That should be a suggestion to the industry.”

Larson’s critique was aimed at the reinsurance program’s structure, saying that it rests “solely on the backs of providers.”

“We’re talking about almost $100 million a year being removed from our health care system, solely from providers — we’re talking about doctors and hospitals — and, again, I struggle with the idea that we can remove that sum of money from a system and not see any cut in access to providers and quality of care,” Larson said.

He said the program could push specialists to move out-of-state to practice.

But, McCluskie stressed that the structure does share responsibility, noting the 9010 requirement in the amendment.

“Our carriers, our insurance carriers, will be providing the dollars from the hit tax, in the event that is not assessed from the federal government this next year.”

Rep. Hugh McKean admitted that the program will be a significant shift, and framed it as a “temporary solution” and starting point for discussion on a long-term solution.