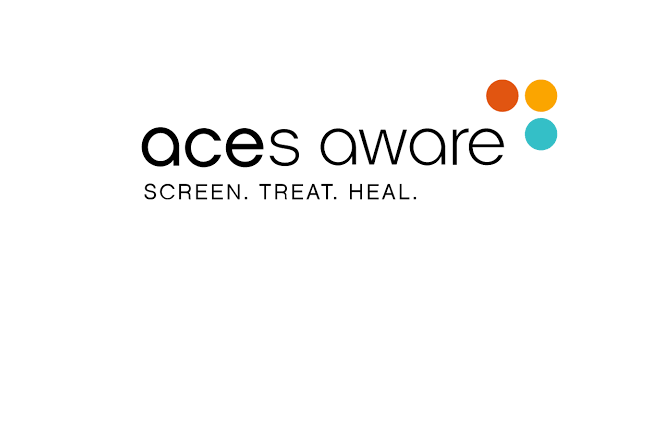 Beginning [Dec. 4], California is offering provider training to screen pediatric and adult patients for ten categories of ACEs, which include abuse, neglect, and household dysfunction. The two-hour online curriculum will be easy to access for a wide range of health care professionals and will provide continuing medical education (CME) and maintenance of certification (MOC) credits. Beginning January 1, 2020, Medi-Cal providers can be paid for ACEs screenings for Medi-Cal patients.

Through the ACEs Aware initiative, Medi-Cal providers can receive training, clinical protocols, additional resources, and payment for screening children and adults for ACEs. Detecting ACEs early and connecting patients to interventions, resources, and other support can significantly improve the health and well-being of individuals and families.

“The ACEs Aware initiative is harnessing and building upon the momentum and expertise that has been growing in the scientific community for more than a decade. We have set a bold goal to cut ACEs in half in a generation, and this initiative represents an historic step in tackling one of the greatest public health threats of our time,” said Dr. Burke Harris, California’s first Surgeon General.

Nearly 1,000 providers and health leaders from throughout California participated in an online event, where Dr. Burke Harris and Dr. Mark shared the broader strategy of the ACEs Aware initiative and how screening for ACEs and trauma-informed care can significantly improve physical and mental health across the state. They also offered insight into the curriculum and provider training, now available at www.ACEsAware.org.

ACEs are stressful or traumatic events experienced by age 18. A consensus of scientific research demonstrates that cumulative adversity, especially when experienced during critical periods of early development, is a root cause to some of the most harmful, persistent, and expensive health challenges facing our state and nation.

Last month, the U.S. Centers for Disease Control and Prevention issued a special report on ACEs and suggested that the prevention of ACEs may lead to a reduction in a large number of health conditions, including heart disease, stroke, cancer, and diabetes, as well as depression, unemployment, and substance dependence.

Additionally, research shows that individuals who experienced ACEs are at greater risk of numerous ACE-Associated Health Conditions, including nine of the 10 leading causes of death in the United States, and that early detection, early intervention, and trauma-informed care can improve outcomes.

“I am proud that California is leading the way on this important work,” said Dr. Mark. “Identifying a history of trauma in children and adults and providing treatment can lower long-term health costs and support individual and family wellness and healing.”

All providers are encouraged to receive training on how to screen patients for ACEs and respond with trauma-informed care. By screening for ACEs, providers can better determine the likelihood a patient is at increased health risk due to a toxic stress response, which can inform patient treatment. Trauma-informed care recognizes and responds to the signs, symptoms, and risks of trauma to better support the health needs of patients who have experienced ACEs and toxic stress.

Funding for the ACEs Aware initiative comes from Proposition 56 and is part of Gov. Gavin Newsom’s “California for All” initiative, which aims to improve health and bolster early interventions for the state’s youngest Californians. In the 2019-20 budget, Gov. Newsom provided $40.8 million to DHCS for ACEs screenings for children and adults enrolled in Medi-Cal, California’s Medicaid program.

Additional details about the ACEs Aware initiative are available at www.ACEsAware.org.

This press release was provided by the California Department of Health Care Services.