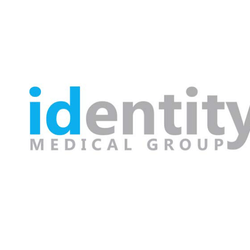 Identity MSO strives for physicians, hospitals, and payers to work together for the patient. The management services organization has been supporting health care providers within Ventura County since 2013 and has partnered with Dignity Health.

In this interview, I speak to Sonya Araiza, CEO of Identity MSO. During our conversation we discuss the framework for the beginning of Identity Medical Group, the role of technology in health care, and the success of Identity’s care coordination efforts.

In 2007, Kaiser acquired Buenaventura Medical Group, a large multispecialty group in Ventura County covering all cities. During that time medical groups and IPAs worked together to contract with health plans to get managed care business, which is HMO business, Sonya explains.

At the time, Buenaventura Medical Group had a small IPA, called Valley Care IPA. Sonya was running Buenaventura operations and was the only executive that did not move to Kaiser during the acquisition.

“I think the biggest issue that Ventura county had at the time, back in 2007, was that when Kaiser bought Buenaventura they had about 90,000 lives, Kaiser could only assume 17,000 of them as the rest went into the market. The problem is that the healthcare industry is starting to evolve and push accountability towards doctors. What should have happened is that the independents should have started preparing for The Medicare Access and CHIP Reauthorization Act of 2015 (MACRA) and they did not,” Sonya said during the interview.

In 2011, Valley Care decided to form their own medical group because other groups in the county were not looking to directly compete with Kaiser. Sonya explains how rare this is in California:

“I do not think this happens very often in the state of California. We got independent doctors, we started with seven of them, to give up their private practice and form a medical group under the same tax ID called Identity Medical Group.”

“Years later, in 2013, we began to make some noise in the market when we formed Identity Medical Group. In 2013 we went from seven providers to thirteen,” Sonya commented.

In 2014, meaningful use (MU) started to come into play. The government pays for doctors to get on an EMR system, essentially funding the transition to an EMR system. Towards the end of 2014 the penalties for not converting started to become apparent, and doctors were hesitant to be a part of a medical group because of oversight of their practice. But, they wanted to be a part of the EMR system that the group provides.

This was a key aspect for Identity’s expansion.

The MSO started to help with doctors’ EMR, or their billing, and as a result, Identity MSO had about sixty physicians that they were managing. It was at this point that Identity began to partner with Dignity Health to expand primary care to additional counties. Dignity also looked to Identity to help develop a care coordination division for them.

“We have nurses, health coaches, social workers…we have an evolved program on managing the patient. A patient that is discharged from the hospital, there is an analytic tool that identifies some type of risk for that patient, and what we will do is open a case and identify a level of care that is needed,” Sonya explained about the beginning of the care coordination system.

Towards the end of 2018, Identity Medical Group partnered with Foundation Physicians medical group, which is the Dignity Health physicians group. They merged because, together, they have a network of about 40 physicians, a partnership with hospitals, and are now working to partner with various health plans. This was a key to care coordination and forward looking goals, she tells me.

Moving forward, Identity is working toward the management of these risk contracts, physician leadership, geographical coverage expansion, interoperability of all players on one EMR platform, and the creation of a skilled nursing facility.

Aligning all plans, providers, and physicians on one central EMR system is a key goal moving forward. If a patient is able to access their medical records and physicians are able to see patient history on one system, then the care coordination efforts are likely to expand.

Additionally, Identity is working to expand their geographic reach and patient outcomes through care coordination. They are working with a new skilled nursing facility to provide more in-home care to patients, and working to provide patients with services outside of typical medical care.