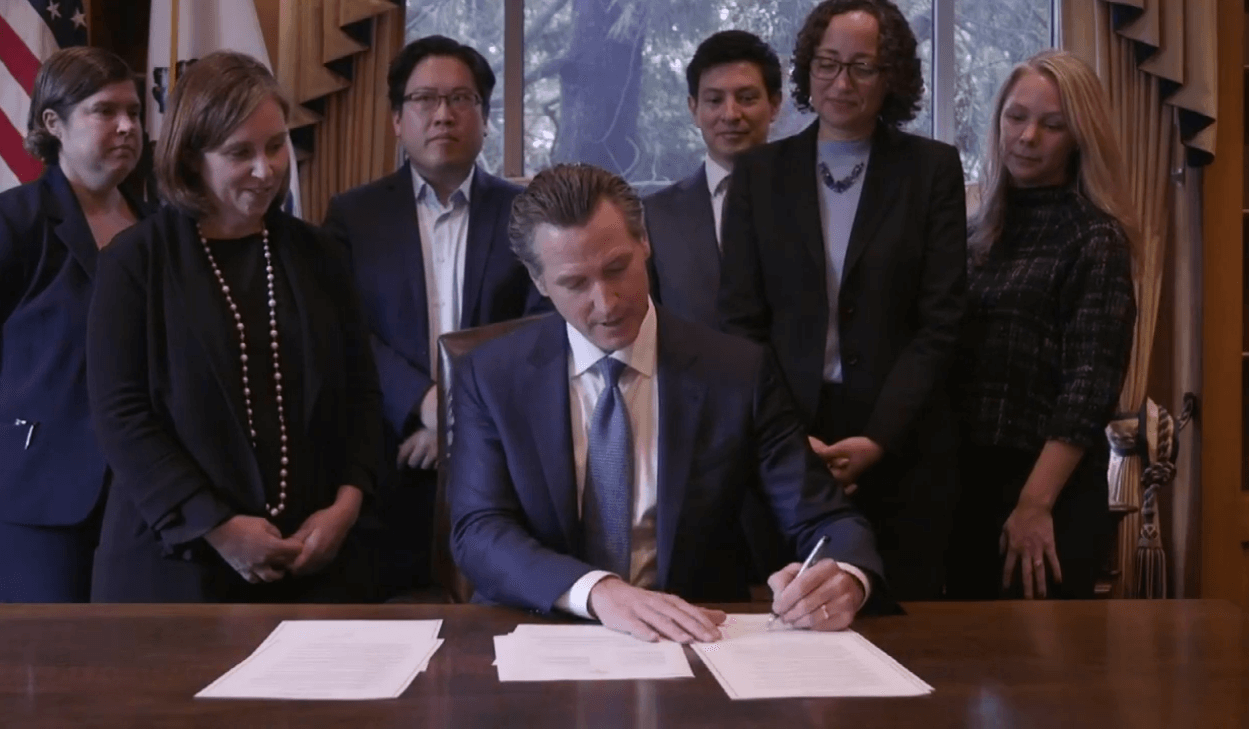 On the day he was sworn in as California’s 40th Governor, Gavin Newsom announced several actions he would take related to healthcare: two executive orders and a letter to Congress and the White House — all of which he signed immediately — plus a preview of a couple healthcare-related items in his budget, which he’ll announce later this week. 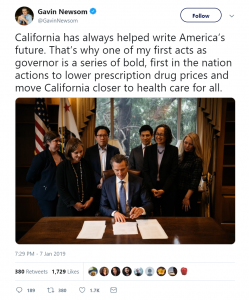 “Health care, in so many ways, is the budget,” Newsom said in his Facebook Live announcement. “It’s the issue that defines so many issues related to the budget. Personal, and certainly from a governmental perspective. And so, I think it’s incumbent upon our administration to hit the ground running. And that’s what we intend to do here today as our first act as Governor.”

Under one of the executive orders, negotiation for prescription drug pricing under Medi-Cal will now be conducted by the Department of Health Care Services, rather than a “fragmented” array of purchasers. And state agencies will now purchase prescription drugs as a group, rather than individually negotiate prices.

“It is beyond me — and I say this with respect — that this state has so many disparate parts not negotiating with one voice to drive down the cost of prescription drugs,” Newsom said in his announcement. “That’s going to change with the simple stroke of a pen.”

The second executive order establishes the California Surgeon General, “who will lead all Californians in addressing the root causes of serious health conditions,” and “marshal the insights and energy of medical professionals, public health experts, public servants, and everyday Californians,” according to the overview of Newsom’s actions shared by his office.

In his letter to congressional leaders and the President, Newsom asks that lawmakers “amend federal law” so that states can get waivers that allow for state-based innovation, “including creating paths to single-payer.” Newsom mentioned he’s working with Congressman Ro Khanna, who he said will “carry a bill” related to the request.

In his budget, the Governor announced he will propose that the state: extend Medi-Cal eligibility to young, undocumented adults who otherwise meet relevant requirements, increase existing subsidies for families, and extend financial assistance to individuals and families between 400 and 600 percent of the federal poverty level. To pay for the assistance, Newsom’s budget will propose reinstating the individual mandate for the state.

“We applaud Governor Newsom for building on the strong foundation of the Affordable Care Act in his first official action,” Lee wrote in his statement. “At a time of ongoing uncertainty from Washington, the governor is not only embracing policies that will lower the cost of coverage for millions in the individual market, he is also offering increased help to those who are struggling with rising costs.”