As part of legislation (SB 17) passed in 2017, certain health plans and health insurers are required to submit yearly reports related to prescription drug costs, with the goal of improving drug pricing transparency. The data in the new report is based off measurement year 2017.

According to data released in the report, health plans paid nearly $8.7 billion for prescription drugs during 2017 (a 5 percent increase from 2016), representing 13.1 percent of total health plan premiums. 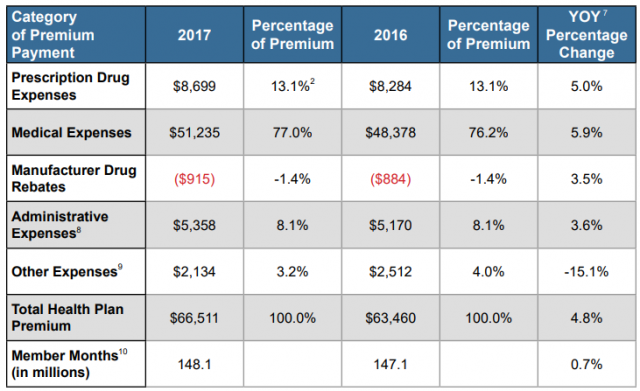