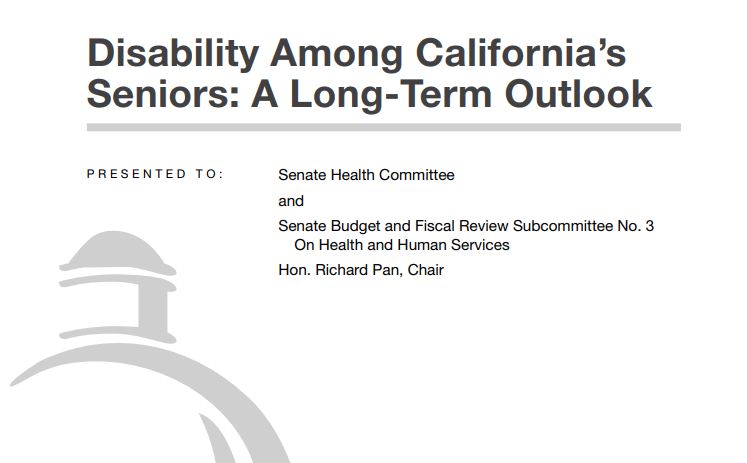 In a report to the California Senate Health Committee, the Legislative Analyst’s Office gave an overview of the projected number and growth of seniors with disabilities in the state in the coming years. According to the report, preparing for the growing population and ensuring they have access to services and supports will require additional planning from the legislature.

While California currently has a median age below the national median, the state is getting older.

In 2015, approximately one million California seniors had an ADL limitation; by 2060 that number is projected to reach 2.7 million. 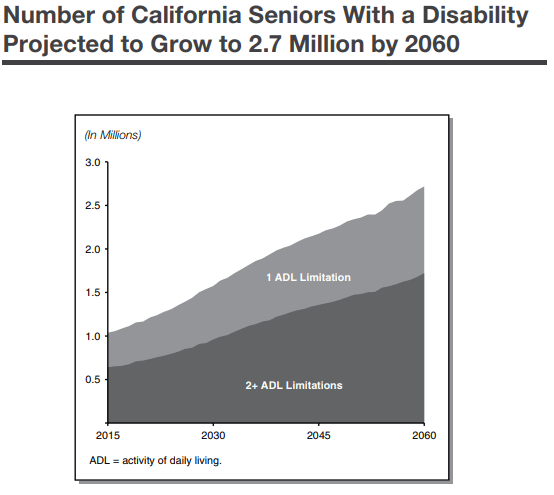 “The rapid growth and changing demographics of California’s senior population raises questions about seniors’ LTSS needs, LTSS system capacity, and the financial impact of LTSS on personal and state finances,” the report reads.