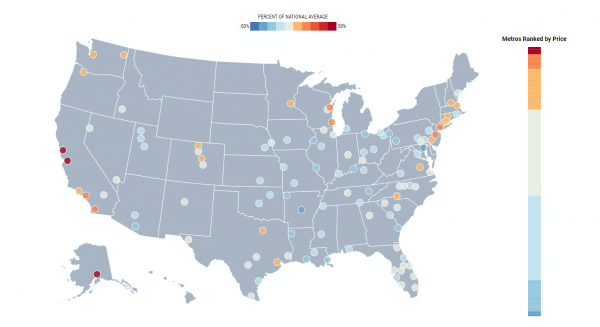 HCCI found that prices, and how quickly prices had grown, varied widely across all U.S. cities; the same was true within California. The state is home to both the second most expensive city in the analysis and the 48th most expensive.

Healthcare services in San Jose cost 65 percent more than the national average in 2016, placing it alongside Anchorage, Alaska, as the second most-expensive city in the analysis.

HCCI found that high prices in 2016 didn’t always coincide with high growth rates over the five-year period from 2012 to 2016. Overall costs in four of the six California cities, including San Jose, grew at rates within three percent of the national average. 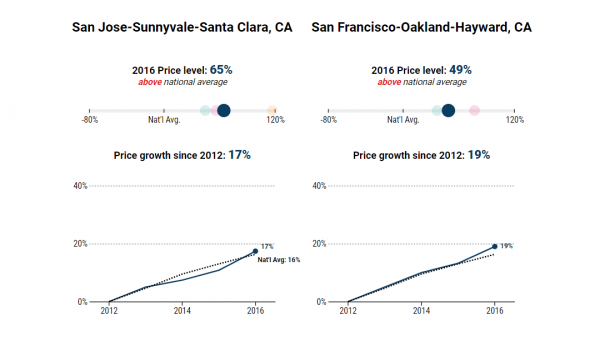 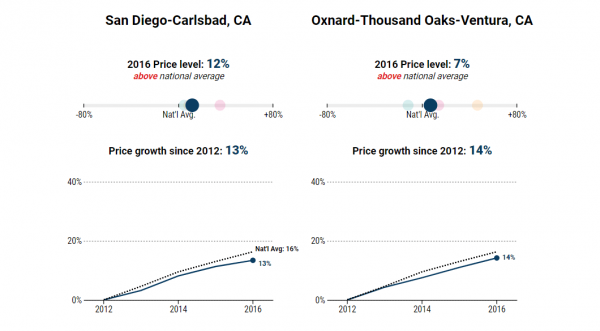 The two notable exceptions, where prices grew more slowly than the national average — both overall and within every service category — were Riverside and Los Angeles. 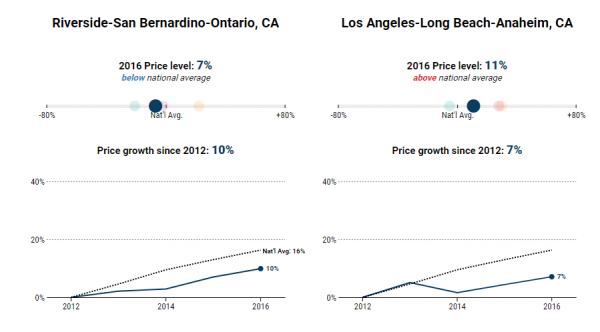 The study highlights how different metropolitan areas experience health care costs differently. California seems to be a microcosm of those national findings.

“In short, each locality had a different experience,” the report states.

The report is the first of what will be a series of Healthy Marketplace Index reports from HCCI. Future reports will focus on service use, total spending, waste, and provider competition.