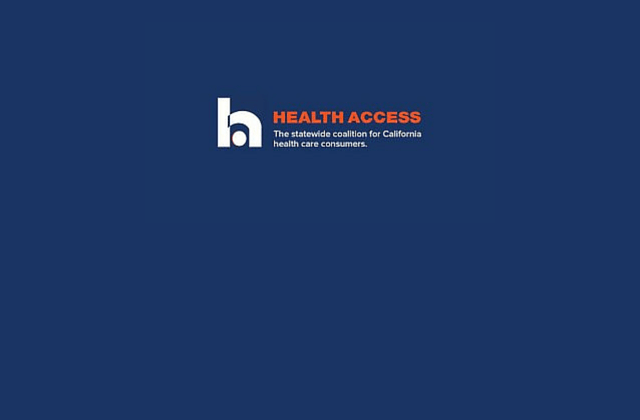 SACRAMENTO, Calif., — Today, more uninsured Californians in 35 of the state’s most rural counties will be able to benefit from a new expansion of the County Medical Services Program (CMSP), including a new primary care benefit available for the first time without regard to immigration status. CMSP includes virtually all the counties north of the Bay Area and Sacramento to the Oregon border and many in the Sierra Nevada mountains bordering Nevada and in the Central Valley.

This month CMSP, which provides the required indigent care for California’s 35 smaller and most rural counties, is expanding eligibility in its main program, including raising the income level from 200% to 300% of the federal poverty level ($60,480 for a family of three). CMSP is also offering a new limited primary care benefit of three doctor visits and up to $1,500 in pharmacy coverage to those in its program, as well as to other residents (138-300% of poverty level) regardless of immigration status. The expansion’s implementation has been ongoing through this month, with the final computer systems being switched on to enroll patients starting today. Potentially thousands of uninsured Californians will benefit from this expansion, as well as those in other counties that have launched similar pilot programs in the last year.

“Our rural communities and our health system are stronger if more Californians have access to primary and preventive care and have the financial security of coverage. This month’s expansion in 35 rural counties of primary and preventive care is another step forward to a healthier California,” said Anthony Wright, executive director of Health Access California, the statewide health care consumer advocacy coalition. “These improvements in rural counties are aligned with changes in state policy and in other counties around the state, toward a more inclusive and smarter safety net. Thousands of Californians will benefit from these new pilot programs, but there’s more work to do in many counties and statewide to further expand and strengthen our health system on which we all rely.”

“The ACA in California has brought major improvements in health coverage for many Californians, yet there continue to be those who are uninsured. The CMSP Governing Board’s expansion of CMSP eligibility and creation of the CMSP Primary Care Benefit are intended to reach more of the remaining uninsured in the 35 CMSP counties,” said Lee Kemper, Policy & Planning Consultant, CMSP Governing Board.

Last week, Health Access released a new report detailing the dramatic changes to California’s health care safety net programs at the county level. As the Affordable Care Act implementation has cut the number of uninsured Californians in half and the state has taken additional steps to cover all children, many California counties have extended their health care safety net programs to better serve the remaining uninsured. Counties have responded in various ways, from expanding coverage options to undocumented immigrants to providing new benefits to those already covered. A year ago, less than ten counties served undocumented Californians outside of the emergency room; today, that number expands to 47 counties.

Health Access’ new report, “Profiles of Progress: California Counties Taking Steps to a More Inclusive and Smarter Safety-Net,” examines the expansion in the County Medical Services Program (CMSP) along with an in-depth analyses of how six other counties adjusted their safety net programs in response to changes in need and funding. These counties include: Contra Costa, Los Angeles, Monterey, Sacramento, Santa Clara, and Fresno.

The report predicts that additional California counties will also launch similar efforts in the near future, especially under new financial structures under both state law and the new federal Medicaid waiver and its Global Payment Program, which has incentives to offer preventive care and other treatments prior to the need for emergency or episodic care. In turn, these actions at the county level also provide additional momentum at the state level for inclusive health policies, such as the recent expansion last week of Medi-Cal to cover all eligible children, regardless of immigrant status.

“The federal Affordable Care Act has reduced the number of uninsured in California by more than half, and it’s exciting to see the state take additional action to cover all children, and counties start to take additional steps to provide essential care to adults who remain uninsured. We look forward to seeing CMSP and other counties take additional steps to care for our state’s most vulnerable,” said Wright. “These expansions are a benefit not just to health and financial security of these individual patients and their families, but make our health system stronger and economy more vibrant for the entire community.”