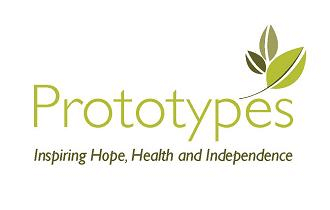 The decision was unanimously approved by both boards of directors in meetings held in San Francisco and Los Angeles. A target completion date of June 30, 2016, has been set, after which the combined organization, which will operate as HealthRIGHT 360, will have an annual operating budget of more than $115 million and serve nearly 40,000 men, women and children annually across California.

“This is the largest merger to date for HealthRIGHT 360, and one that illustrates that we are in the midst of a community health care revolution in California,” said Dr. Vitka Eisen, CEO of HealthRIGHT 360. “Prototypes’ groundbreaking work in specialty behavioral health services for women and their children, coupled with its array of services that empower survivors of domestic violence, offers a range of essential expertise that has been missing from traditional health care settings.”

“This strategic merger will expand our ability to support families and individuals as they embark on the journey of a lifetime, recovering from mental health and addiction challenges,” said Ann McClanathan, Prototypes’ board chair. “Prototypes will now be able to integrate primary care with our mental health and substance-use disorder services as part of a leading statewide organization.”

The merger represents a significant benchmark in HealthRIGHT 360’s vision to make comprehensive, integrated health care delivery available to California’s most vulnerable populations. Prototypes will continue to provide services to California’s low-income, homeless and other safety-net populations at its eight current locations. It will retain its highly esteemed brand, leadership and 250 staff members, and will operate as “Prototypes, a program of HealthRIGHT 360.”

“From primary care to behavioral health care, social support and re-entry services, communities served by HealthRIGHT 360 benefit from a growing health care network where clients can be easily referred and treated through seamless integration,” added Eisen. “With Prototypes joining the HealthRIGHT 360 network, communities throughout Southern California will have access to more comprehensive and effective care.”

About Prototypes
Founded in 1986 with the goal of changing treatment for women, children and communities impacted by substance abuse, mental illness and domestic violence, Prototypes provides services that promote self-sufficiency while ensuring safety and shelter for those in need throughout Southern California. With a proven model of integrated social services, Prototypes has evolved into one of the nation’s leading behavioral health care organizations and a “prototype” for other such organizations.