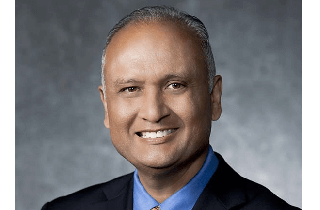 Health plan mega-mergers are currently pending in California, including Aetna-Humana, which faces a CA Department of Insurance hearing next Wednesday, April 27

SACRAMENTO, CA – Today, Wednesday afternoon, the Senate Health Committee will hear SB 932 (Hernandez), a bill that ensures that mergers and consolidations in California’s health care marketplace do not have a negative impact on cost, quality, and access to care for California consumers.

This bill has been introduced in the midst of a wave of pending health care mergers in California. Two of four major health insurance mergers have been finalized: Blue Shield of California acquired Care1st last year and Centene’s proposal to acquire Health Net was approved with conditions by state regulators last month. Two other health insurance mergers are still pending, Aetna-Humana and Anthem-Cigna. Other hospital and health mergers have also taken place, including the Daughters of Charity Health System purchase by an investment firm in 2015.

Consumer groups, including Health Access California, have urged state regulators to impose strong conditions and ensure proper patient protections as they examine these deals. Yet while some of these mergers are required to face hearings and public oversight, others face virtually no public scrutiny.

SB 932 (Hernandez) requires proposed health industry consolidations to be scrutinized by state regulators to ensure that they are in the interest of consumers and provides opportunities for the public to offer comment and feedback on these deals. The bill also prevents hospitals from making anti-competitive demands when negotiating with health plans and insurers. Hospitals, especially those with large market share, should not be allowed to insist on contract provisions that result in them being the only option for care.

“Companies that are merging almost always say the merger will lead to efficiencies and savings, but rarely commit to pass those benefits to consumers, if they ever actually materialize. Meanwhile, history and research show that health industry mergers have led to price increases, less choice, and greater consolidation. Companies that want to merge need to show that the merger not only causes no harm to consumers, but that consumers will actually benefit,” said Anthony Wright, executive director of Health Access California, the statewide health care consumer advocacy coalition. “Some of these health mergers are required to face public hearings and scrutiny, while others fly under the radar. It’s time to set a clear standard of review and oversight for all these deal that have such a profound impact on the health system on which we all rely.”

Later this month, the California Department of Insurance is holding a public hearing on the Aetna-Humana merger. The CDI official hearing will be held Wednesday, April 27 at 9:00 am at the California Dept. of Insurance, California State Capitol, Hearing Room 113, Sacramento, CA 95814. The hearing notice can be found here.

Health Access California is the statewide health care consumer advocacy coalition, advocating for the goal of quality, affordable health care for all Californians. Health Access Foundation undertakes community organizing and education, applied research, and policy analysis, and advocates for reform to benefit health care consumers, both insured and uninsured. We represent consumers in the legislature, at administrative and regulatory agencies, in the media, and at public forums. For more information, please visit www.health-access.org.