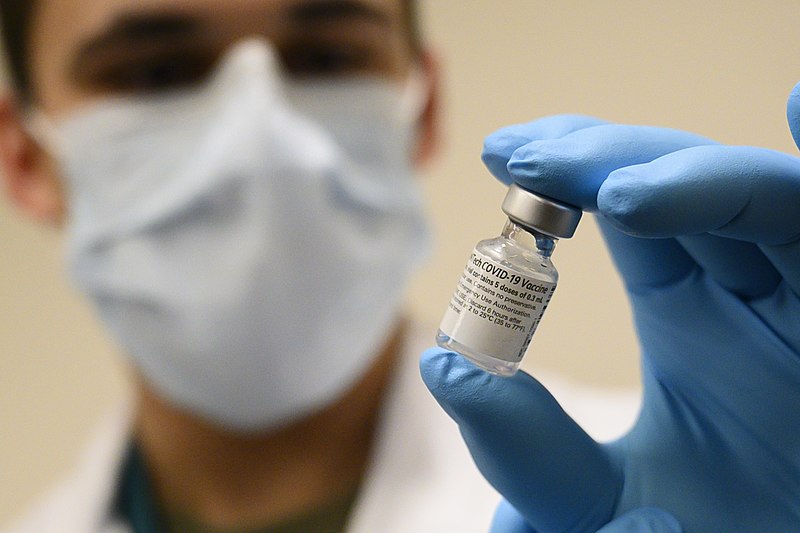 Vaccination and mask regulations have been at the heart of recent political debate in Arizona. On Monday, Gov. Doug Ducey issued an executive order prohibiting cities and counties from enacting their own vaccine mandates.

Last week, more than two dozen Arizona Senators signed a letter asking the Governor to ban school districts from enacting mask mandates as well. Today, Gov. Ducey announced $163 million in grant funding for schools that do not have mask mandates.

State of Reform talked with Arizona Rep. Lorenzo Sierra to gain insight into how politics have impacted public health in the Grand Canyon State.

Aaron Kunkler: A group of 26 Arizona Legislators last week sent a letter to Gov. Doug Ducey asking that school districts be prohibited from enacting mask mandates. What are your thoughts on that?

Rep. Lorenzo Sierra: “ After we saw that, I connected with a group of Arizona Democrats, all of whom had survived COVID in various forms. There were people who had very minor symptoms, all the way to me, who nearly lost my life back in October when I was on a ventilator … We were asking the Governor not to acquiesce to their demands, but to declare an emergency here in the state based on the uptick in cases, and based on where the the types of cases are.”

AK: Are there any legislative actions you’re hoping to pursue regarding COVID vaccinations or masks?

LS: “In terms of having fixes that are from the legislative branch, it is really difficult to see that happening. Basically, the Republicans have control of the Senate and the House by one member. It is 16-14 in the Senate and 31-29 in the House. But they govern as if they are in a veto proof majority. And that has dragged some of the folks who would normally be a lot more thoughtful on this into the muck.”

AK: That touches on the idea of the pandemic becoming politicized, where even public health policies are difficult to enact because they’re polarizing issues. What do you think that is producing?

LS: “In terms of the politics of it, I’ve said this often, is that I would have liked to believe that this would have been one of those instances where we came together as Americans in common purpose over a common enemy. And that enemy being a sub-microscopic virus that has no ideology, it has no land to invade, its sole purpose is to destroy, to destroy us at the cellular level. I would have hoped that we could have come together as Americans, and seen this is one of those challenges where we need to get to the moon, we’re going to do so as Americans. We need to win World War II, we’re going to do so as Americans, because we’re all going to fight for a common purpose.”