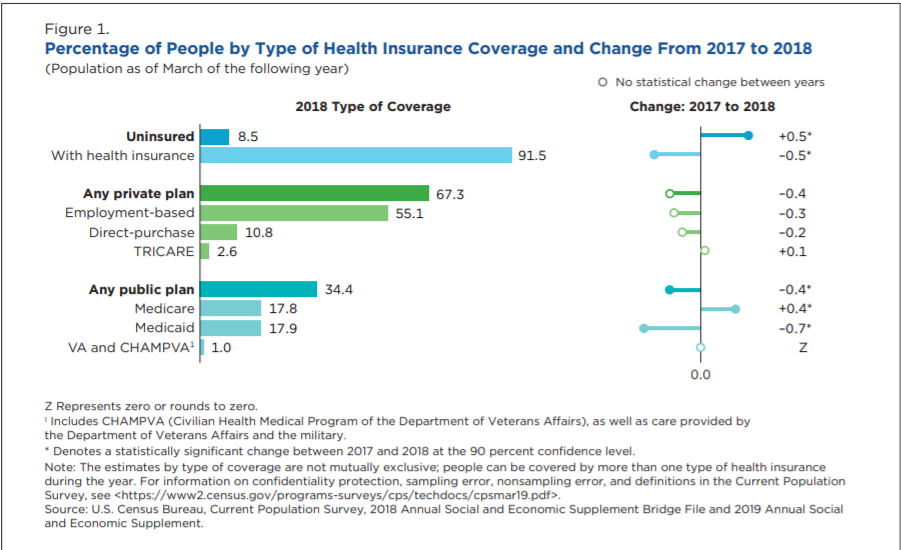 The number of Arizonans without health insurance increased from 2017 to 2018, a new report shows.

“Year to year, the prevalence of health insurance coverage and the distribution of coverage types may change due to economic trends, shifts in the demographic composition of the population, and policy changes that affect access to care,” the report explains.

The report finds that Arizona is one of eight states that had “statistically significant” increases in the number of people without health insurance between 2017 and 2018. In 2017, roughly 1.9 million Americans were uninsured. In Arizona, the number of uninsured increased by 55,000 to total 750,000, or 10.6% of the state’s total population in 2018.

The data used in the report may be used in policy negotiations surrounding Medicaid expansion efforts.