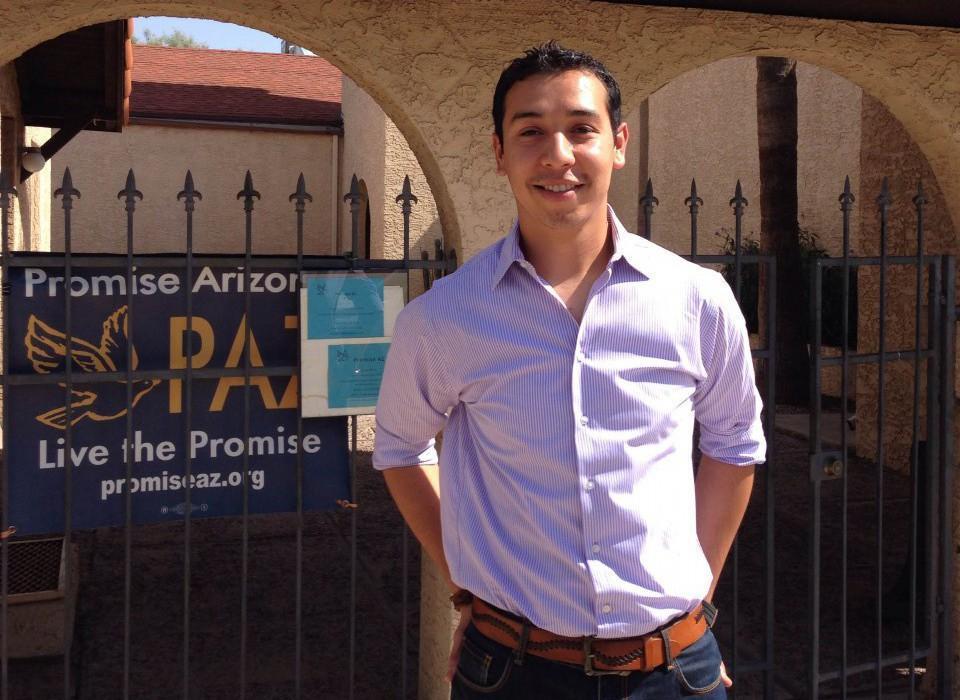 Senator Otoniel “Tony” Navarrete represents Arizona’s 30th District. Sen. Navarrete serves on the Commerce, Health and Human Services, and Higher Education and Workforce Development Committees. Outside of the Legislature, the Senator serves as the Deputy Director of Promise Arizona, a nonprofit community-based organization. As Deputy Director, he works to advance policies that strengthen families and increase civic participation.

In this Q&A, Senator Navarrete discusses the policy priorities in his district, as well as his legislative priorities moving forward.

EV: Tell me about Senate District 30. What are the demographics of the district, and what are some of the health care policy priorities in the area?

Sure, I represent the most diverse legislative district. We have some of the largest populations of refugees, and immigrants. Over 50 different languages are spoken in the district and it is also the lowest median income district in the entire state. There are 6 different school districts as well. It is a district that has historically represented some violent corners of the community–it is situated in central west Phoenix and all of downtown Glendale, and is about 230,000 residents in total. It is the number one district for the highest amount of SNAP and TANF recipients.

There is a lot of richness and culture, in terms of the generations of community members that have been around for a very long time. There are many transportation hubs in the district as well–it is a very dense community, that is constantly continuing to grow. We are also home to Grand Canyon University, as well as other for-profit universities as well.

Poverty is a huge issue, and we need to make sure that we are unifying communities and we are working with neighborhood associations and community associations to make that happen. There is also a huge amount of small businesses, that because of the immigrant community, there is a really strong entrepreneurial spirit within the community.

EV: Is it difficult with such a dense, and demographically diverse district to manage all of the policy priorities that your constituents have?

I try to spend a lot of time with several different groups, going door-to-door to hear about what community members need. I think the biggest challenge is the language barrier. I am bilingual, I speak Spanish and English, but there are so many different languages that are spoken here, that I get frustrated as an elected official representing our families, not being able to fully communicate with them, and fully understand what is important to them. That has been a challenge but I try to stay pretty close to the neighborhood associations, and the different chambers from different ethnic groups and working with different refugee groups so that I can stay afloat on some of the issues that are important in the district.

EV: What are some of the main priorities in the district? What are people talking about? What do they want fixed?

Traffic is a huge issue. I mentioned that we are such a dense community, there is a lot of traffic that goes through the district that is not necessarily from the district. I am meeting with the Arizona Department of Transportation to look at different plans to help alleviate those issues.

Housing affordability is another huge issue. Because we are the lowest median income district, the area has a large market for affordable housing. Arizona is increasing in unaffordability, and with the expansion of Grand Canyon University in the district it has really put a damper on the housing stock and the housing affordability. I do represent a large portion of homeless as well.

One of the zip codes that I represent is 85009, and they have one of the largest health disparities in the entire nation. I want to say they are number two in terms of the amount of youth that are going to the ER for asthma related issues. We are surrounded by major transportation hubs, like I said, and Phoenix is a highly polluted area compared to other major cities. The health issue within that zip code is a major one and we have a lot of young people who are dealing with asthma.

In addition to the asthma, 5 of the top 10 zip codes in Maricopa county for the highest rates of STIs and HIV also reside in the district. Because we have a huge immigrant and refugee community, access to affordable care is very important in this community. Many folks do not necessarily qualify for health care benefits because of their status. It is really creating an issue. I am really working with the Maricopa Health Council to try and mitigate the transmission of STIs in the district.

EV: Are you working on any legislation in the upcoming session to try and mitigate some of those issues?

Right now, we are still in the discussion phases of trying to figure out how to best approach the issue. I will continue to work with Maricopa county, and the Department of Health Services, to try and figure out ways to provide better education. I have been an advocate for ensuring that we are providing medically accurate sex education. That is a bill that I have co-sponsored over the years.

EV: Does partisanship make it difficult to get bills across the finish line?

Yes. The budget is always a perfect example of how partisanship plays a role. As a Democrat I am in the minority party in both houses–but the margins are narrow. But, it is only a handful of Democratic bills that get passed, and rarely are they money bills. In the Senate we are always prepared to work with the other House to create a budget that is reflective of the state and of the communities that we serve.

This budget cycle we really tried to create a budget that would prepare Arizona for the next economic recession, and to prepare the state for what is to come.  But, every time we presented this it was turned down. Partisanship definitely plays a major role, but as the numbers get closer I am hopeful that we will be able to better negotiate.

EV: Lastly, are there any other priorities that you would like to tell me about, or would like Arizonans to know?

One of the things I am really excited about has the Senator from District 30 is that we have so many more families that are engaged in the political process, and folks that are beginning to understand the impact that lawmakers have on everyday families. It is really inspiring to see more individuals engaged in that process. The push back, is that you see folks in the minority party put barriers to access for those families to become more involved.

I am encouraged by the future of democracy in the future of Arizona. We still need more transparency, and more access to voting in the state.