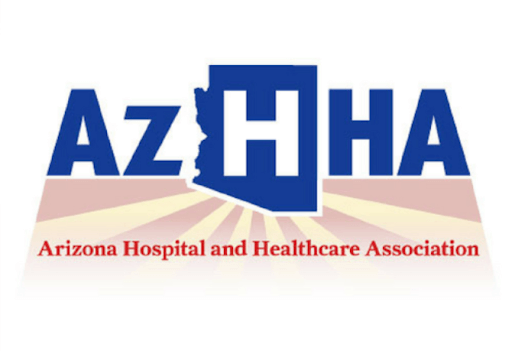 The Arizona Hospital and Healthcare Association (AzHHA), the organization giving Arizona hospitals a voice to collectively build better healthcare and health for Arizonans, has named Ann-Marie Alameddin as its President and CEO, effective April 2, 2019. Ms. Alameddin, AzHHA’s Vice President of Strategy and General Counsel since 2015, succeeds Greg Vigdor, who is retiring after six years.

The AzHHA Board of Directors selected Ms. Alameddin after a search for the most qualified candidate.

“This role is so unique in the world of healthcare,” explains AzHHA Board Chair and President and CEO of Havasu Regional Medical Center Mike Patterson. “A lot will be expected at all levels of expertise, and Ann-Marie’s background, patient-centered orientation and deep expertise with the needs of Arizona hospitals fits our expectations for the advancement and expansion of AzHHA’s mission to a T.”

A third-generation Arizonan, Ms. Alameddin is well-known in healthcare circles around the state. After receiving a B.A. from Creighton University, she went on to earn a Master’s degree from the University of San Francisco with a focus on healthcare and bioethics, and a Juris Doctorate and health law certificate from Arizona State University.

Since that time, she has worked tirelessly to promote collaboration and dialogue across sectors, in the development of health policy that benefits both Arizona hospitals and patients alike.

With an extensive background in community service and organizing, she also is well-versed in bringing people and organizations together not only to exchange ideas, but to take affirmative action and achieve desired results.

AzHHA will continue to advocate positive industry changes, just as it did in the nationally historic ruling for Medicaid Restoration and Expansion, and what it is doing to help combat the opioid epidemic.

“I’m inspired to continue the path Greg Vigdor has forged these last years, including with Medicaid Expansion,” says Ms. Alameddin. “I have a laser focus on doing what is right for patients, while building consensus among hospitals and navigating this dynamic and complex healthcare environment.”

Ms. Alameddin succeeds Greg Vigdor, who the Board selected as AzHHA President and CEO in 2013. Mr. Vigdor came to Arizona after 20 years at the Washington Health Foundation, and is well-known for helping pass Medicaid Restoration in Arizona and, along with Ms. Alameddin, defending it in subsequent years.

“My charge was to create major and positive change at AzHHA and for the patients of Arizona, and much has been accomplished,” says Mr. Vigdor. “It is now time to turn it over to a new leader who can carry AzHHA’s values and plans into the future, and Ann-Marie is the right choice for that.”

This press release was provided by the Arizona Hospital and Healthcare Association.