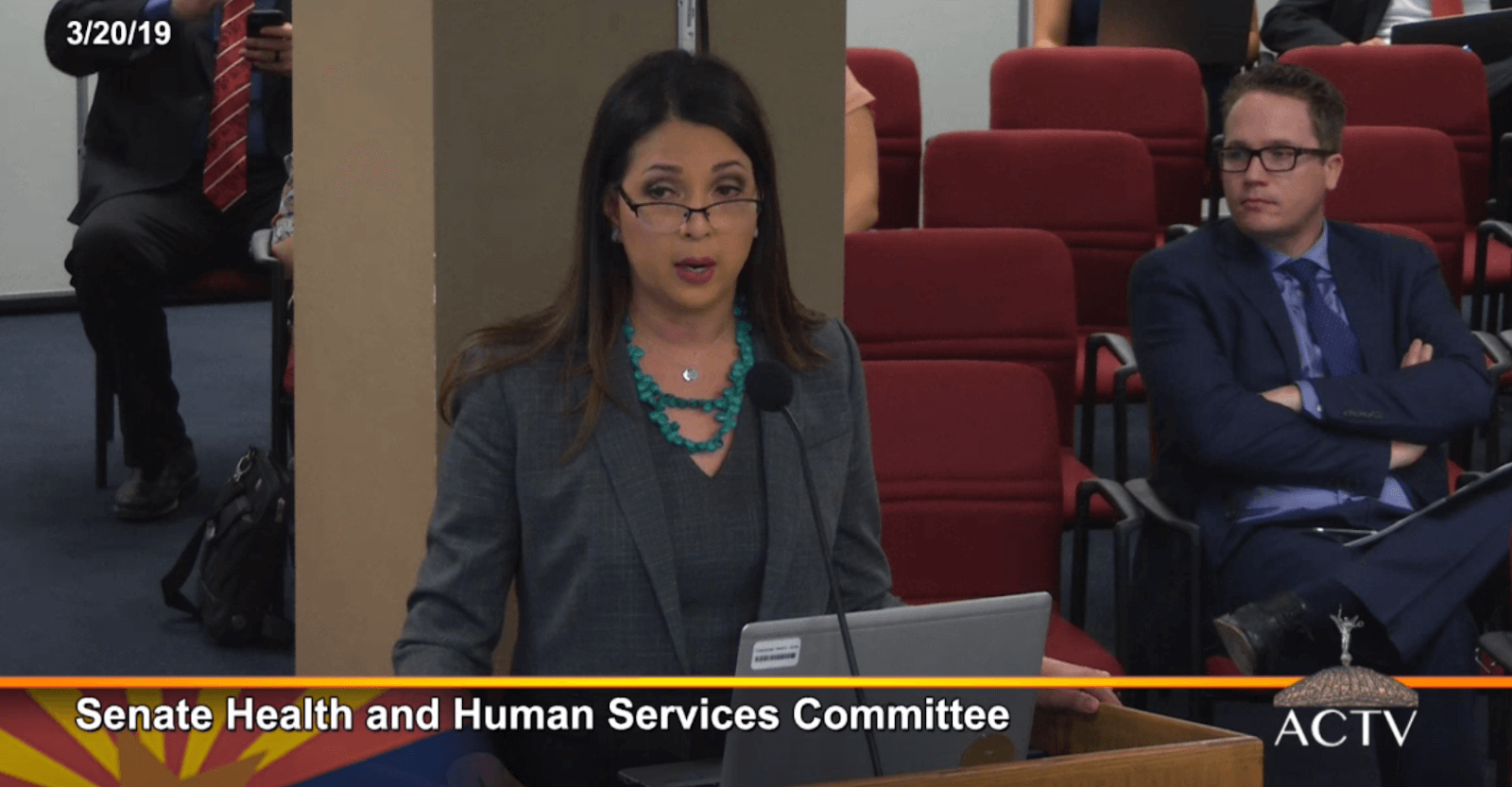 Blue Cross Blue Shield of Arizona launched the Mobilize AZ program in August 2018, when it announced a $10 million investment over three years to “turn the tide against the misuse of opioids and other substance.”

Since then, the program has expanded to include efforts aimed at mental health and diabetes.

Wiggs said the multi-faceted program is aimed at expanding capacity and improving access, using an approach directed at social determinants of health.

On its work to combat substance use disorder, Wiggs said the program has offered financial incentives for providers to get certified in Medication Assisted Treatment (MAT).

Note: According to the Substance Abuse and Mental Health Services Administration, MAT is “the use of FDA- approved medications, in combination with counseling and behavioral therapies, to provide a ‘whole-patient’ approach to the treatment of substance use disorders.”

As of earlier this month, Wiggs said the number of newly certified MAT providers across the state reached 360, and the program aims to reach 400 by the end of the month.

Soon, the program will begin collecting feedback from providers on how to encourage them to use their new MAT capabilities.

Also coming down the pipeline is a fleet of mobile clinics.

Wiggs said that, in partnership with Crisis Response Network, Mobilize AZ will launch 72 total clinics, at least one for each county across the state. The clinics will be staffed by care navigators, Wiggs said, and will offer services like MAT and telehealth — and will be able to connect people to local services.

“This is an example of how Blue Cross Blue Shield of Arizona is not only serving our members, but anyone who comes up to the unit is able to avail themselves of services — and we are committed to that,” Wiggs said.

Beyond these efforts, the project funded $1.5 million in Substance Use Disorder grants in the last quarter of 2018 to nine grantees, according to Wiggs.

Wiggs said the level of funding for initiatives aimed at substance use disorders will continue, and more funding will be made available for projects addressing mental health and diabetes. Applications for grants through Mobilize AZ are available online.

The presentation ended with a few questions from committee members, and praise from Sen. Heather Carter, Vice-Chair of the committee:

“When you look at each one of the different awardees of your grant program and you read the narrative of the work that they’re doing, every single one on here was related to a legislative initiative that we have also passed,” Carter said. “So, this is truly a public-private partnership trying to solve some of the most important problems we have in health in Arizona.”

The advisory committee for the program is made up of state and local government officials, health care industry leaders, police chiefs, and field experts.

Next session, Wiggs said she’ll be back with data on the program’s outcomes.