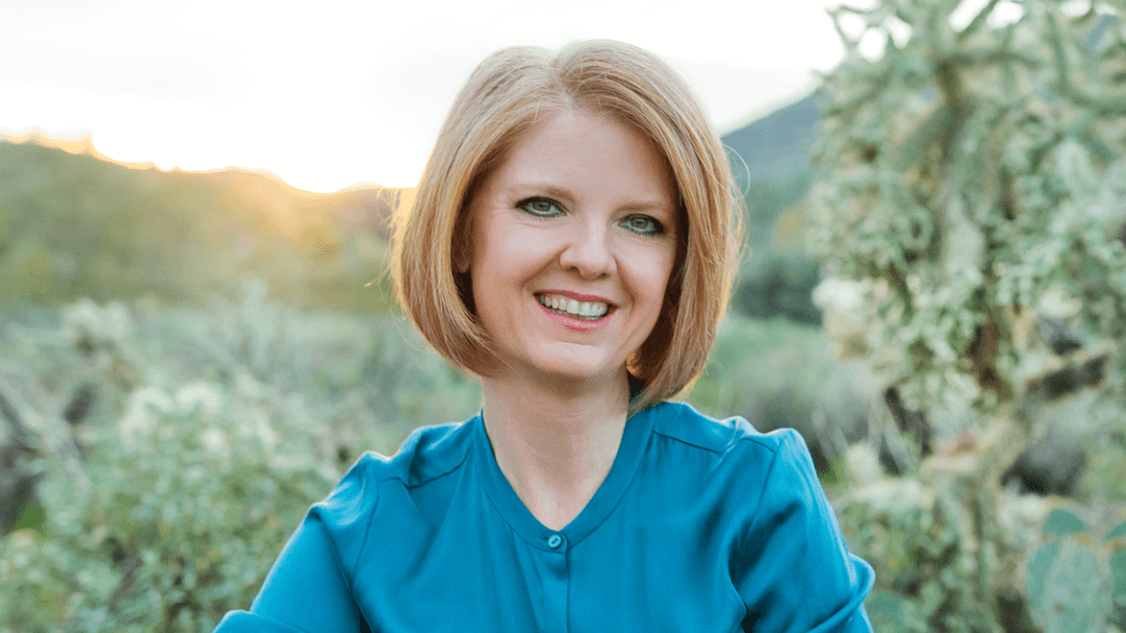 Sen. Heather Carter represents Arizona’s 15th Legislative District, which covers several neighborhoods in North Phoenix. Before being elected to the Senate in 2018, Carter served in the House and chaired the House Health and Human Services Committee. She’s now the Vice-Chair of the Senate Health and Human Services Committee, sits on the Appropriations Committee, and chairs the Higher Education and Workforce Development Committee.

For this interview, we asked Sen. Carter for her perspective on the top issues being tackled in the Senate Health and Human Services Committee so far during the 2019 Legislative Session.

Sara Gentzler: What do you think are the biggest issues that the Senate Health and Human Services Committee has heard so far, and what are the bills you think people should be watching?

Heather Carter: I think there’s a number of important issues moving through the Senate Health and Human Services Committee this year.

Some of them are bills that we have worked on and are continuing to develop over a number of years. Other bills are brand-new ideas. And some bills are in response to things that have come to our attention over the last year.

For example, Wednesday we heard the bills related to Southwest Keys and Hacienda issues. Those were bills that were obviously in response to some terrible situations here in Arizona. So, we’re trying to put forth policy solutions. And by no means will those two bills be the end of the discussion, but those are two bills that we put forth, in a pretty quick fashion, to try and address the shortcomings we have in state statutes.

Other ideas that we’ve talked about over a number of sessions are coming to fruition this year. For example, updating the telemedicine statute. An exciting, giant leap forward in health policy for Arizona.

SG: So, that was one that’s been developing over a number years, you said.

HC: Yes, because we’ve had legislation over a number of years that has tried to add new specialty areas to the statutes. Most of them were stopped along the way. Last year, we were able to add telemedicine services for urology, substance abuse disorder, and pain management. That’s what really kind of pushed the conversation forward, to say this is just public policy for the state of Arizona.

We have physician shortages across Arizona in a number of specialty areas. Especially in rural Arizona. So, by providing any services that are available via your insurance through telemedicine services — now you’re expanding the number of practitioners to all of the people in Arizona.

SG: Do you expect that to move quickly this year? Does it feel like there’s a lot of momentum behind it?

HC: Yes. For the first time in probably five to six years, the idea of moving forward with what’s called “telemedicine coverage parity” has tremendous bipartisan, bicameral support. Meaning both Republicans and Democrats, and both the House and the Senate.

SG: You mentioned bills that are in response to certain issues Arizona is facing right now. And some, like telemedicine, that have been developed over a number of years. The third category, the new ideas — what are some bills worth tracking there?

HC: Well, let me go back to ideas that have been cooking over a couple years.

Like dental benefits for pregnant women. We’ve been running that bill for three, four, five years — or at least talking about it. That bill is receiving tremendous support. I think we’ll be able to get that over the finish line this year.

Looking at expanding our AHCCCS coverage for chiropractic care, to address some of the non-pharmacological services that are available for people who have suffered from chronic pain. So, those are ideas that we’ve talked about a lot that I think will actually make it over the finish line this year. So that will be really exciting.

SG: I watched part of a committee meeting from earlier this week, and I know that access to diabetes care was a big issue for you, as well. Does it look like there will be any action on those report recommendations?

HC: I hope so. If we really want to be very aggressive in addressing this diabetes crisis that we are facing as a state, we need to do something new and different.

And, so what we’re looking at doing, for example, is providing diabetes education and management support services for individuals who are on our AHCCCS plan to try to help them manage their diabetes in a much more efficient and effective way.

For example, as you heard in committee, you may receive a blood-testing glucose monitor, and yet the physician or office cannot get reimbursed for teaching you how to use the monitor. So, what good is that?

If we can start to help people be successful in managing their diabetes, that is going to not only provide better health outcomes for the individual, it can also save the state money from complications that may arise from an individual not knowing what to do to manage their diabetes. It really is a win-win, for both the patient and the state.

But, this is the first time I’ve introduced this legislation. While I’m very hopeful that it’ll get over the finish line, it will have a fiscal note attached to it. it will become part of the budget conversations, as well. So, it will be very important for the information to show that this can really help save money in the long-term, to account for the initial investment you have to make on the front-end to provide that service.

SG: Right. Are there any other issues that you think have a special momentum this year that have been cooking, or are those the big ones you’re watching?

HC: I think those are the big ones. The interesting thing is that we’ve really increased our conversation around individuals that suffer from mental illness and housing issues. And how those two issues are really concerns from a health policy standpoint.

So, we’re really starting to take that conversation to the next step, to say: ‘What can we do to support individuals and their housing needs, in general?’ And then, specifically, ‘is there something we need to do around the community of individuals who are suffering from severe mental illness, as well?’

And those ideas aren’t new, because we’ve talked about them in a variety of different settings. What we’ve really done is put that housing conversation together with the mental health conversation. And I think that’s a new step forward this legislative session.

SG: I know you mentioned the bill addressing the issues at Hacienda. A lot of people are talking about that right now. I’m curious: Are there other things coming down the pipeline in health care you’re watching — in terms of policy, and not necessarily like Hacienda — to prevent future issues?

It’s very important for us to look at what education and training is available for caregivers. And that caregiver may be a person who is employed in a care-giving setting, but it also is for the loved ones who are responsible for protecting the vulnerable adult — as a guardian, for example. I think there’s really interesting conversations happening both in the Senate and the House, together, both Republicans and Democrats.

We’ve brought together a large stakeholder group from a variety of different parts of the state that’s focused on, for example, the elderly population, the population that is receiving care in their home, the population that is receiving care in a group home — we’ve expanded the conversation around education and training to look for signs of abuse and how to make sure abuse and neglect isn’t happening to our most vulnerable.

So that’s where the conversation on that issue is going to continue to go forward. That will take more than one particular bill or one session to solve.

And then, completely changing channels here, I’m also working on putting together a very comprehensive package to address our physician shortage in Arizona. Looking at the map of Arizona from a health care shortage perspective, almost the entire state is in need of additional doctors, both at the primary care level and at the specialty level.

So, what I will be putting forth this week is a concept to expand not only the number of physicians we’re training in Arizona, but making sure that they have a residency spot to do their continuing education after they graduate from medical school, providing additional resources for loan-repayment programs, really bridging the gap around the medical malpractice concerns that sometimes are cost-drivers for preparing residents, and how we re-engage our retired physician community to continue to help this next generation of practitioners in Arizona.

It’s going to be a big, bold package with a comprehensive stakeholder group working together to support this idea to get it over the finish line.

SG: Wow, so is that still coming this session? I know you’re coming up on the first policy cut-off.

HC: Yes. I have a bill up in Appropriations, and I will be amending that bill to include the skeleton idea that I just described to you.

So, the skeleton idea of this package will be introduced in the Appropriations Committee. And then, as that bill moves forward and as the budget conversations continue, we’ll start to put more of the concept down on paper.