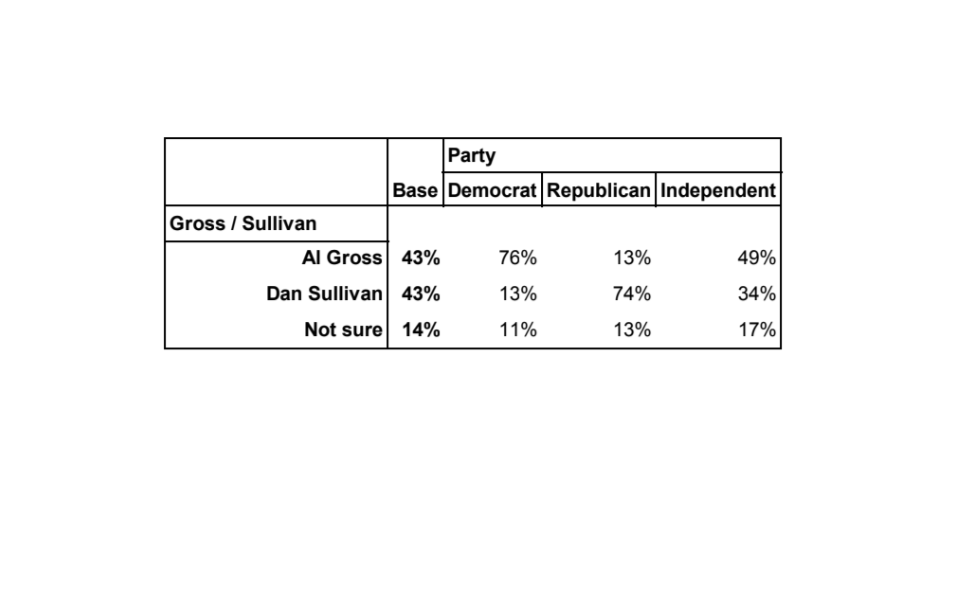 Recent results from a Public Policy Polling survey indicate a neck and neck race in Alaska’s US Senate election. According to the poll, 43% of Alaska voters plan to vote for Republican incumbent Sen. Dan Sullivan and 43% plan to vote for independent Al Gross, who has the backing of the Democratic Senatorial Campaign Committee. Fourteen percent of respondents said they were unsure.

The poll surveyed 638 Alaska voters at the end of August on a series of questions related to the Senate race. Of those surveyed, 49% voted for President Donald Trump in the 2016 Presidential election, 35% voted for Hillary Clinton, and 16% voted for someone else or did not vote. Thirty-four percent of respondents were Republican, 23% were Democrat, and 43% identified as independent.

When asked about Sen. Dan Sullivan’s job performance, 43% said they disapprove and 39% approve (18% not sure). A question on Al Gross’s favorability found that 38% found him favorable, 28% said unfavorable, and 35% report they are not sure.

Sixty-eight percent of Independents said they thought the country was on the wrong track and 22% said it was on the right track.