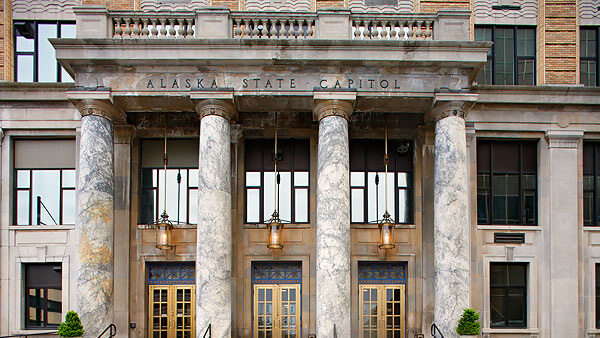 Alaska primaries to watch on August 18

Two statewide offices, 11 Senate seats, and all 40 House seats are on the ballot for Alaska’s August 18th primary. With that in mind, here’s a rundown of races we’ll be watching, particularly among those featuring incumbents who have a hand in shaping Alaska’s health policy.

Four of the five members of the Senate Health and Social Services Committee – Sens. David Wilson (Chair), Natasha von Imhof (Vice Chair), Tom Begich, and Cathy Giessel – are up for re-election this year.

In District D, Sen. Wilson is facing off against a crowded field of 5 challengers in the Republican primary. Challengers include Huhnkie Lee, Stephen Wright, Bernadette Rupright, Loy Thurman, and Chandra McCain-Finch. According to the latest campaign finance reports, Wilson leads the pack in overall fundraising. Wilson reports $18,783.45 in total campaign income. By comparison, Rupright reports $5,445 in total, Wright reports $5,196.78, Thurman reports $3,986.29, and Lee reports $815 in total campaign income. McCain-Finch has not reported money earned or spent.

Sen. Begich (District J), who serves as Minority Leader in the Senate, is running unopposed.

The race in District N, where Senate President Cathy Giessel is facing off against Republican challenger Roger Holland, is also one to watch. Holland criticizes Giessel’s leadership in the Senate, particularly related to her work on the state budget and the Permanent Fund Dividend.

According to reporting from Andrew Kitchenman of Alaska Public Media, “Holland said that Giessel had lost touch with ‘what her job should be as a Republican senator in a Republican state with Republican majorities in the House and Senate and a Republican governor.’”

Within the legislature, Holland has received endorsements from Sens. Mike Shower, Lora Reinbold, and Rep. Laddie Shaw, according to Holland’s campaign website.

Over in the House, nearly all of the members of the House Health & Social Services Committee are running unopposed in their primaries. This list includes Reps. Tiffany Zulkosky, Ivy Spohnholz, Matt Claman, Harriet Drummond, Gerran Tarr, and Lance Pruitt.

Spohnholz, Claman, and Pruitt will, however, face challengers from the opposite party in the general election.

Rep. Sharon Jackson (District 13), who was appointed by Gov. Dunleavy and was sworn into office in January 2019, is the only member of the committee facing an in-party challenger. Also running in that race is Ken McCarty, Founder and Executive Director of Discovery Cove Recovery and Wellness Center.

As of Saturday, 25,117 Alaskans have already returned their vote by mail ballots and 4,851 have voted early in-person.