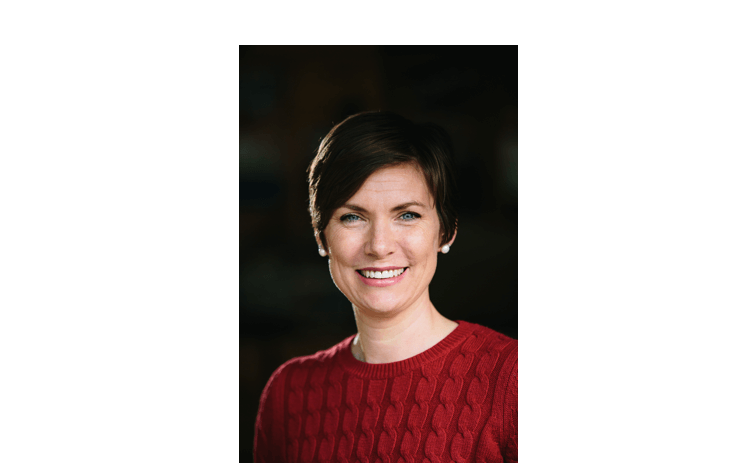 We caught up with Rep. Spohnholz right before the start of the second special session to discuss the budget process, potential veto overrides, and health care challenges in Alaska.

Emily Boerger: How would you characterize the 2019 session in terms of changes made for health care in the state of Alaska?

Rep. Ivy Spohnholz: “Unfortunately, you know, the legislative session isn’t really over as it relates to health care funding in particular. I mean, there was some efforts made to move some incremental legislation forward, but in terms of the big picture, we’re still working on getting basic funding for health care.

There were line-item vetoes that were made to health care — including behavioral health grants and Medicaid — as well as to a lot of services that intersect with health care including our homelessness matching grants throughout the state of Alaska, public assistance, those types of things. So, the veto override is really the place where I think the legislature is focused right now and trying to identify whether or not we can get to 45 [votes] to override some of the very risky and aggressive cuts.

The other thing that’s included in the cuts, the vetoes, that I think is problematic for health care, is that we continue to have a workforce shortage in the state of Alaska when it comes to health care providers. And the university state funds being cut by 40 percent is going to have a dramatic impact on the number of health care workers which are produced through the system over the next 5 to 10 years. The last time the university was cut at this level was in the ‘80s and it took the university about 20 years to recover from those really aggressive cuts.”

EB: What does the conversation around the veto overrides look like? Are they likely?

IS: “You know, we probably have about 40 votes right now, but the veto override threshold is 45. And so right now a lot of the conversation lies around whether or not some of the Republican moderates will break ranks and support the veto overrides. They’d be breaking ranks with the governor and they’d be breaking ranks with the House minority leader, but the public testimony and public response to the vetoes has been really, very clear that Alaskans don’t support these really draconian cuts.”

EB: You hosted some kind of public conversation or event related to the cuts on Tuesday, right?

IS: “Yeah, we had kind of a town hall listening session and hundreds of people came out. There was also a rally outside — there was about 500 people that came to that rally. We heard from about 90 people inside in public testimony, and the testimony was overwhelmingly against the cuts. There was 83 people who asked us to override the vetoes and 7 who asked us to uphold the vetoes.”

EB: Do you need to override each individual line-item veto? Or is it an overall veto?

IS: “Well, we could do it a couple of different ways. We can do it as one comprehensive motion or we can do it as a series of motions. There were 182 line items which were vetoed, and we could take up each of them individually or we could take them up in packages.

Probably, it makes the most sense to, you know, roll up the most popular vetoes into one large motion and have that be addressed, and then take others individually. But what that will actually look like is still to be determined.”

EB: What would you say are the most popular veto items to override?

IS: “The items that I think people feel most passionately about overriding include the Senior Benefits Program – that’s financial support for low-income seniors that live around the poverty level. And that program was just reauthorized in 2018 in an overwhelmingly bipartisan vote in both the House and the Senate. So, that’s probably the most popular one.

EB: In your view, what were some of the biggest shortfalls of the budget that was originally passed by the legislature, without all of the line-item vetoes?

IS: “The biggest shortfalls in the budget, at least as it relates to health care, probably are that we have continued to underfund our Public Health Nursing, we underfunded the Senior Benefits Program, and we are underfunding Medicaid. And, in the state of Alaska we have a substance abuse crisis which is fueling crime and costing the state a lot of money in terms of the child welfare system and our criminal justice system, as well as just lost productivity.

There’s one other thing related to the governor’s vetoes that I think is pretty risky as it relates to health care that I didn’t mention earlier, and that’s the elimination of adult preventative dental. [Gov. Dunleavy] completely eliminated the budget line item for that. That was something that the legislature passed overwhelmingly with bipartisan support, and that’s because adult preventative dental services actually help prevent higher cost emergency room services and help people be healthy. Dental health is linked with improved cardiovascular health. It is also linked with increased workforce performance. If you are in pain or your teeth are decaying, it is oftentimes difficult to work and it is oftentimes difficult to get a job if your teeth are in bad shape.  And if you don’t get the preventative dental care, like the cleaning that you and I get once or twice a year, then you’re more likely to have more serious problems like abscesses and the need for full extractions later on, which is very expensive.”

EB: Does this session feel unique at all? That’s kind of a broad question, but this session just feels a little different.

IS: “It absolutely feels different this year. I think that, you know, the legislature has been remarkably united in its concerns about Governor Dunleavy’s reckless approach to our budget. The scale and scope of the cuts that he is proposing are not only bad for the health of Alaskans, but they are terrible for our economy. They’re bad for the business economy, they’re bad for ensuring that Alaskans have good, middle-class jobs that allow them to buy homes and save up for their children’s college.

And sort of the shock of the budget has, I think, really united the legislature in a lot of ways. There’s been bipartisan collaboration between Democrats and Republicans. The Senate has been remarkably aligned this year… But I think that’s probably a reflection of the fact that a common enemy can be very uniting.”

EB: Stepping away from the budget, I also wanted to talk a little about individual bills and legislation from this year. There were a few health care-related bills that passed this year… any that you are particularly excited about?

IS: “You know, not a lot of legislation actually went all the way through the entire legislative process this year because the House organized so late this year – we were about a month behind in organizing. And then the governor’s budget really dominated our work; it was such a dramatic departure that it required even more effort than the budget already takes. And so, not as much legislation passed this year than in a typical first session. But there are a few pieces of legislation coming up that I think are important.

One is, there was some legislation to expand telehealth. Legislation requiring all insurance providers in the state of Alaska to provide coverage for telehealth passed out of the House. That’s going to the Senate next year. There was also a bill, sponsored by Rep. Jonathan Kreiss-Tomkins, to allow physician assistants to provide services via telehealth, which, they were sort of inadvertently missed in previous telehealth legislation authorizing the use of telehealth by providers. So, I think in Alaska, providing increased access to health care definitely requires an expansion of telehealth services. So, those are exciting moves in the right direction.

There is some work to pass legislation that would allow dental hygienists to practice independently, doing preventative work in community-based settings. [This would take place] primarily in primary care and senior centers and schools so that they don’t have to be supervised by a dentist to carry out basic public health screenings and cleanings in those settings. That bill has made its way through one committee this year and I am cautiously optimistic that it will advance because that bill is a collaboration between the dental hygienists and the dentists.”

EB: Is there anything else moving forward that you’ll be working on related to health? Session isn’t over yet, but what are some of the next steps?

IS: “Well the other thing that I would mention is that there is going to be a meeting [this] week to roll out a series of reports that a program at the University of Chicago did for us on, sort of, the national trends and the historical work that has been done in health care, and a few other items. They’re going to be rolling these out and there will be a community event here in Anchorage.

This Q&A has been edited for length and clarity.