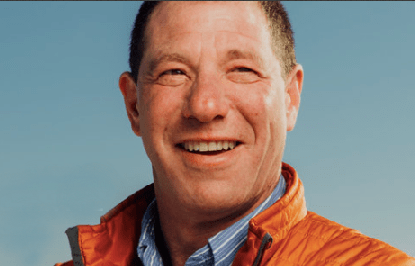 Al Gross, a practicing orthopedic surgeon from Juneau who lives in Anchorage and Petersburg, says he’s formed an exploratory committee to help him decide if he’s going to challenge U.S. Sen. Dan Sullivan in 2020. He is expected to announce the committee today in Petersburg, but has the announcement on his website, also launched today.

Gross is 57 and has been talking openly about a Senate bid for over a year, and writing op-eds about the need for more government intervention in medicine in Alaska.

While he lives in Anchorage, he is registered as a nonpartisan voter in Petersburg, where he fishes in the summer, and would be the second no-party challenger to Sullivan. Dave Matheny of Fairbanks filed with the Federal Elections Commission last week as an “independent.” (Alaska does not have such a designation on the ballot, but Matheny is registered as an “undeclared” voter).

Gross was raised in Juneau, the son of the late former Attorney General Av Gross, and Shari Gross Teeple, who was the Alaska lobbyist for the Port of Tacoma for 25 years.

Gross was an orthopedic surgeon in Juneau, but left his practice in 2013 to earn a masters degree in public health, and to champion what some might call socialized medicine for all Alaskans. He led two ballot initiatives — one to enshrine Medicaid expansion, as provided by Gov. Bill Walker’s executive order, and the other to start setting prices for medical services in order to regulate insurance companies.

Neither made it to the ballot.

Gross has been the medical director of surgery for the Petersburg Medical Center since 1994. With his announcement, he is launching a listening tour throughout the state this summer.

This piece was originally published on Must Read Alaska, here.