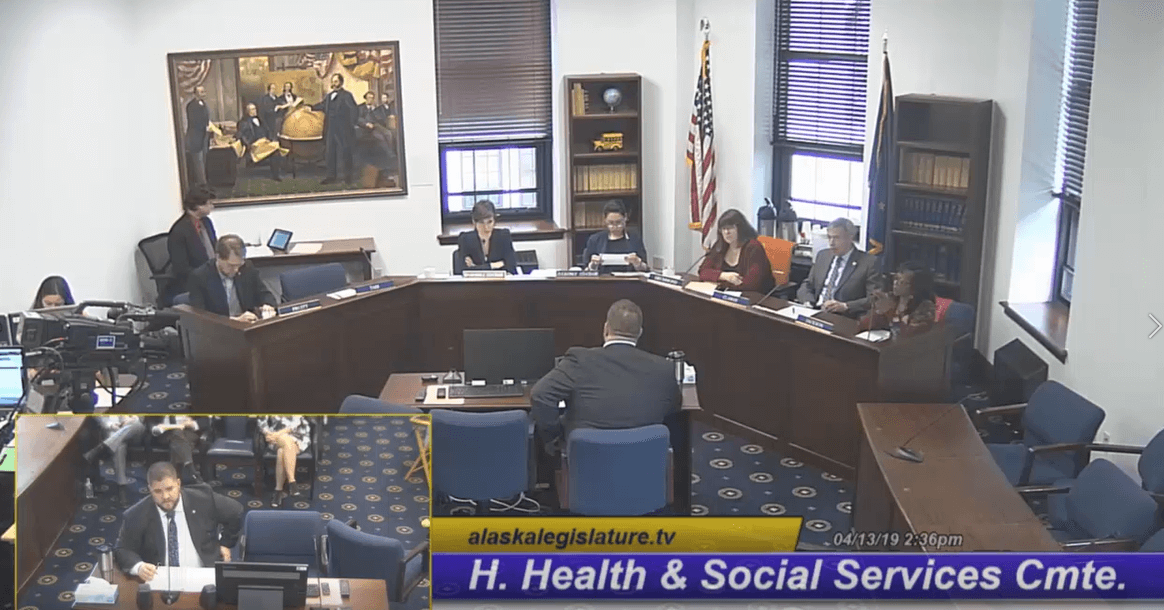 During the over two-hour hearing, Representatives questioned Crum on a long list of agency decisions and policy recommendations currently making headlines.

One topic that repeatedly came up, and that ties many of these issues together, is Crum’s involvement in shaping DHSS’s budget.

Earlier this year, Governor Dunleavy proposed a 24-percent cut to DHSS, including a $249 million cut in general funds to Medicaid. DHSS later forwarded a budget to the Legislature that included a revised initial cut of about $100 million to Medicaid.

During the confirmation hearing, Co-Chair Rep. Zulkosky asked Crum about several of the recent policy changes proposed by DHSS and Gov. Dunleavy that relate to the budget.

“Since January, the Department has announced consideration of major policy changes also somewhat related to the budget, including: privatizing API, restructuring rates for Pioneer Homes, potentially considering the elimination of senior benefits, and reductions to many programs that serve as a safety net for a lot of low-income Alaskans, like Medicaid. Can you talk about your role in the decision-making process in proposing these types of changes?”

“We had to put together a budget where expenditures matched revenues… This is not something we take lightly in order to do this, because we understand these are individuals in their time of need. But this was addressing the situation as a whole, throughout the state.”

When asked if he supported these policy changes as they relate to the budget, Crum again replied that these were tough decisions “based upon the fiscal reality” that the state is in. Crum said, however, that the administration would continue administering the programs if the Legislature disagrees with the policy changes recommended to implement the governor’s budget.

Co-Chair Rep. Spohnholz questioned whether DHSS would follow the Legislature’s guidance on spending, considering the contrast between the budgets.

“Do you intend to spend less money than the Legislature appropriates?” asked Spohnholz.

“I apologize, that’s a new question, actually. I’ve never really thought about that. As we follow the legislative intent as we’ll go through this process… I haven’t had any time to ponder that subsect of it,” replied Crum.

Representative Pruitt noted that this is a unique position for a department leader to be in.

Instead, Pruitt discussed the opportunities to use funds more efficiently, rather than following exactly what is laid out by the Legislature.

“I know the value of a dollar. And I do not believe in surplus spending,” replied Crum. “If we can spend our dollars more efficiently, and if there are better ways and actually other directions to spend that money, then that’s a way to do this.”

The House and Senate are scheduled to vote on Dunleavy’s appointments on Wednesday afternoon.