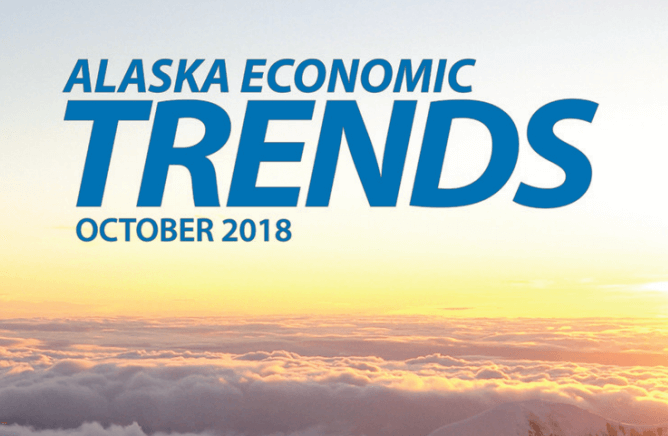 Report: Healthcare industry to drive job growth in Alaska in the coming years

Alaska Economic Trends’ latest “Industry and Occupation Projections” report predicts the health care industry will lead Alaska’s job growth between 2016 and 2026. The projections are produced every two years by the Alaska Department of Labor and Workforce Development.

According to the report, Alaska can expect to see an overall job growth of 5.1 percent between 2016 and 2026 – an addition of approximately 17,000 jobs to the state. Of that growth, 59.6 percent is expected to come from the health care industry.

The health care industry has seen long term growth in Alaska, even during the recession, and is likely to continue growing. The report predicts that health care and social assistance employment will grow by 21.4 percent during the ten-year period, adding about 10,100 jobs. Of that growth, 5,026 jobs are expected to be from ambulatory health care services and 3,241 new jobs related to hospitals.

The state’s top 25 occupations based off projected growth are dominated by the health care industry. 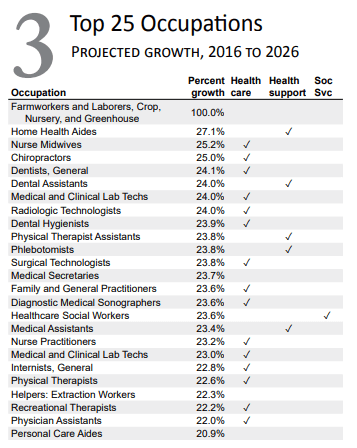 Jobs related to oil and gas extraction and support services are projected to decline by 3.6 percent and 6.1 percent, respectively, during this time period and Alaska is expected to see a 5.1 percent drop in state government jobs.

While the report projects overall job growth from 2016 to 2026, in the near-term Alaska is still losing jobs. August of 2018 was the 35th consecutive month that Alaska saw job losses, with a decrease of 0.6 percent.