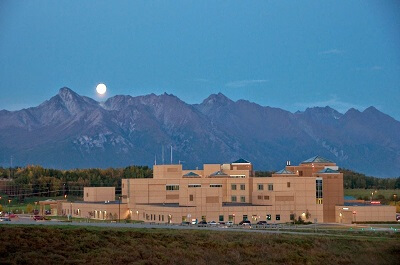 The The Mat-Su Colony has submitted a Certificate of Need to the State for a new skilled nursing facility to be located in Palmer.

The proposed 104 bed facility would include post-acute, transitional and long term care services. In accordance with 7 AAC 07.042, any organization that is planning to submit a CON application for a similar project in the same service area must do so by Monday, April 25th.  This will allow the state to review multiple proposals concurrently.

The State is expected to announce its ruling on the CON in June 2016.

Doug Clegg, CEO of Spring Creek Capital, who has been spearheading the project, told Alaska Public Media last year, “Your community right now is in dire need of this, this is not an issue, this is epic. If you look at the numbers of the growth of seniors in the Mat Su, you are one of five locations in the United States of America that has the fastest growing rate for seniors over the age of 65.”

The facility will be adjacent to Mat-Su Regional Hospital, and will provide post acute nursing care. There are currently two SNF’s in Anchorage, but no services available in the Borough.  The total estimated cost of the project is $20,748,517 and the construction completion date is proposed for November 2017, with the facility accepting patients in early 2018.