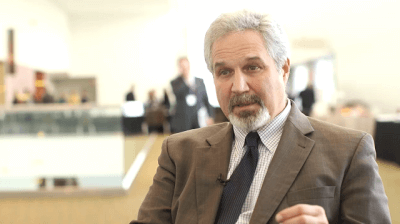 Last week, SB 74 passed the Alaska Senate unanimously.  That is a long way from the clear differences on the bill held by Sen. Pete Kelly and Valerie Davidson last March.

We covered the public testimony on the bill then, and noted the administration and the Senate Finance Chair were quite a ways apart on this bill last session.

“Testimony from both Commissioner Davidson and Deputy Commissioner Sherwood emphasized a willingness to work with Senator Kelly on the bill, though each were careful to point out areas where the bill would be redundant or impractical to implement.”

Clearly, work on the bill they did.

We got an inkling of the scope of the changes to the bill when we interviewed Sen. Kelly in our recent edition of “What They’re Watching.”

This bill now has, to use a technical term, a ton of good stuff in it.

From where we sit, every piece of this legislation appears to be well thought out, informed by caucus and stakeholder input, and continues to give the Department wide latitude to implement programs where they think it makes the most sense.

The legislation clearly addresses concerns from conservative members of the legislature in that there is ample work to confront waste and fraud in the system. It incorporates a new chapter of Alaska statute known as the “Alaska Medical Assistance False Claim and Reporting Act.”

The bill also reflects a recognition that the status quo in Alaska Medicaid isn’t working.  A series of strategies are outlined from which the Department can chose to lead on reform.  But, reform it must under this bill.

In our view, this bill represents the best in health policy collaboration.

It nudges Alaska forward, providing pathways where it can move forward quickly if it likes.  It calls for studies in a manner that seems to want to inform good future policy rather than be used as stalling tactics, which can sometimes happen with any legislative body.

Now, it still has to get through the House which has a somewhat different dynamic than the Senate.

But, the fact that this bill appears to have earned the Administration’s support, support from key stakeholders, and a unanimous vote from the Senate, it would appear that this legislation has a very good shot at moving quickly in the House.

When I listen to stakeholders talk about this bill, there is often a real sense of pride in what this has become.  Jeff Jessee, the CEO of the Alaska Mental Health Trust Authority, told us this.

This bill is a significant step forward … It was quite gratifying to see the collaboration between the legislature, the Department of Health and Social Services and other stakeholders to forge a consensus bill.

This is not a bill that would have been possible in the previous administration.

As with any good piece of legislation, there are more folks responsible for the positive work than will get credit.

But Sen. Pete Kelly and Valerie Davidson deserve much of the credit that will go around.  They built consensus (so far) on the most ambitious piece of health policy legislation to ever come before the Senate.  Moreover, they did so during a toxic presidential election, and with legislative elections looming in the fall.

This is how government is supposed to work.  Kudos to them and the stakeholder they brought with them.