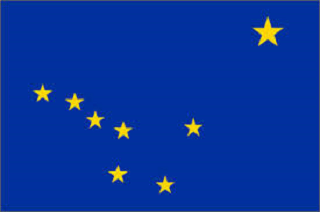 What can Alaska learn from Wyoming’s individual market?

Last month, it appeared that Premera Blue Cross Blue Shield of Alaska would be the last health insurer standing in the state’s individual marketplace with all of Moda Health’s lines of business being suspended due to financial insolvency. During a press conference with Alaska’s Department of Insurance, reporters raised questions regarding how this would impact consumer choice and health plan prices in the immediate future.

To answer that question, Alaska had only one other state to look to as an example of a single-carrier exchange marketplace. In 2015, Wyoming’s exchange was reduced to Blue Cross Blue Shield of Wyoming as its sole carrier following the October departure of WINhealth.

Wyoming, with its historical difficulties recruiting new carriers to insure a risk pool dispersed over a challenging geography, has a number of parallels to Alaska.

To begin thinking about the question of what a single-carrier marketplace could look like in terms of plan prices and consumer choice, State of Reform pulled Wyoming’s 2016 pricing and plan data available on the federal facilitated marketplace (FFM)–Healthcare.gov–looking for trends between 2015 and 2016.

Our analysis shows that overall, prices did go up between these plan years, with the cost of the average Silver plan rising about 12 percent. The number of total plans offerings to consumers dropped about 30 percent in the transition, and the cost of the lowest-priced Bronze plan increased by a little over 8 percent.

It is important to note that Blue Cross Blue Shield of Wyoming’s 2016 rates were already set by the time of WINhealth’s announcement of withdrawal in Oct. 2015. The trends observed here represent the immediate effects following the reduction to one health plan but not yet the impacts to BCBS’s actuarial process.

What does this mean for Alaska?

Moda struck a deal with the Department of Insurance on Feb. 8, 2016  to have its lines of business reinstated under the condition that it generate $179 million by liquidating assets. However, this patch does not alleviate the concern that Alaska could once again find itself confronting the reality of becoming a single-carrier exchange.

Both the departure of WINhealth in Wyoming and the Order of Financial Impairment issued to Moda by Alaska are attributable to heavy losses sustained through the federal risk corridor program, according to spokespeople from both companies. Health plans across the nation are losing money, a fact that is intensified in a market like Alaska.

“What we’re seeing right now are some really challenging trends in terms of really high medical costs in serving those customers,” said Eric Earling, Vice President Corporate Communications, Premera Blue Cross. “We are losing money—a lot of money in fact. That’s not just us, health plans across the country are experiencing the same thing.”

Following the announcement that Moda would be leaving Alaska, HealthCare.gov pulled all of the carrier’s plans from the HealthCare.gov portal for the special enrollment period (SEP). Below is a representation of what options and prices Alaskans would have had available to them during a Premera-only SEP for 2016.

Compared to 2015 offerings, the revised Alaskan marketplace for SEP revealed a decrease in total plan choice of 28 percent. The average cost of a Silver plan would have gone up about 30 percent and the cost of the lowest-priced plan would have been 39 percent higher in this Premera-only SEP.

If the Wyoming case is any indication, the success of Moda in Alaska—which covers approximately 10,000 lives—will have implications on price and choice for the state’s consumers. We will be watching closely to see how issues of individual marketplace sustainability play out in the state.