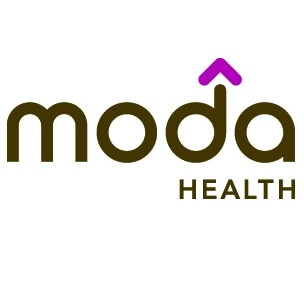 One thing appears increasingly clear, but which has gathered absolutely zero attention:  Medicare is not Medicaid.

First, yes I know I’m stating the obvious.  I’m using this as analogy.

Here’s what I am really thinking:  perhaps the post-2014 exchange marketplace is no more similar to the pre-2014 individual market on which its pricing is based than Medicare is to Medicaid.

Come with me down this logical path.

The way plans are priced is dependent on an actuarial analysis of a population and their expected utilization of benefits priced at particular levels.  When submitting a product for regulatory review, a Medicare plan will use past Medicare beneficiary data to justify a future price.  A Medicaid plan will do the same: use past data from Medicaid beneficiaries to anticipate future medical loss.

A regulator would never allow a Medicare plan to build a product price off of Medicaid beneficiaries’ data.

But under the Affordable Care Act, we may have, collectively, missed a difference as stark as the difference between Medicare and Medicaid.

The individual market was pretty good for most plans prior to 2014.  Many plan executives thought the then-future exchange marketplace was going to be relatively comparable to the individual market, if a subset of the overall whole.

It wasn’t just plans that thought this.  When regulators created rules for exchange product filings, they directed that pricing support was to be based on pre-2014 individual market actuarial data.

There wasn’t anything better to go on, in truth.  Medicare and Medicaid were not thought to be any more comparable than the individual market in place prior to 2014.

In talking with health plan leadership over the years, those commercial plans would tell me their data on the pre-2014 individual market showed those beneficiaries were generally healthier than their fully insured risk pool (mostly employer-based small and large group).

Those individual market beneficiaries often had better health status, and often higher levels of income and education than the overall market.  If they had an HSA as part of their individual product, they were probably cost aware shoppers, too.

In other words, this was arguably a risk pool primarily made up of reasonably good risk.

So, exchange products were priced based on an analysis of a comparably healthy population.

This was particularly true with plans like Moda Health, which had a small but generally younger and healthier population in the individual market prior to 2014.

That meant that when Moda hit the exchange market, they had a price that was artificially lower than a product more accurately priced on the exchange risk pool. When they won over 60% of the Oregon market in 2014, other plan leaders were shaking their heads: “Moda is a ticking time bomb” they would tell me.

It wasn’t just Moda that priced below accurate rates.

To be clear, Moda didn’t do anything wrong.  They were doing exactly what regulators were directing: pricing future exchange products based on previous individual market actuarial data.

Regulators weren’t doing anything wrong.  They were doing exactly what statutes and codes directed, as developed by legislators and lobbyists employing their best thinking.

Yet, we’re seeing major losses by carriers across the country.  Most notably, United has said their losses in the 2015 exchange line of business totaled $475m, with more to come in 2016.

Did anyone objectively see this coming?

Polemicists and partisans might say “I told you so” but I’m not sure their actuarial chops are quite up to snuff.

Going back to my initial analogy, no one working in health care today would say you should price a Medicare product based on Medicaid actuarial data.

But perhaps that’s exactly what we have done. Perhaps the exchange risk pool is as different from the off-exchange and pre-2014 commercial market as Medicare is from Medicaid.

This collective misstep is having dramatic consequences for health plans, which ultimately means its impacting consumers across all lines of business as reserves accrued from one line are used to cover losses in the Exchange.

This might work itself out in time.  It typically takes three years of actuarial experience to justify pricing that regulators will approve.  This means that after 2014-2016 experience, plans will be able to use that in 2017 to accurately price products for plan year 2018.

But, for plans like Moda Health or consumers paying double-digit inflation in premiums, 2018 seems like a long ways away.