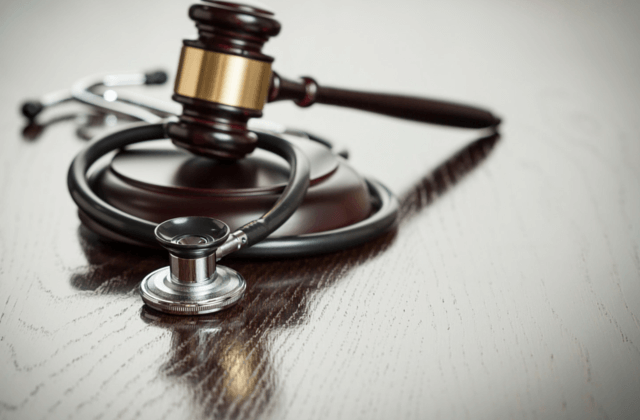 Given that Friday afternoon is the textbook time to bury news releases if you want them to go unnoticed, I was expecting to be somewhat disappointed.

However, the recommendations are substantive, and generally strong, in my opinion.

The trend in the costs of Alaskan health care is so significantly upward that even flat costs should be considered a big inducement for the adoption of policy strategies.

The first recommendation, “Initiative 1: Primary Care Improvement Initiative,” has a lot going for it.

The state would contract with an “Administrative Services Organization,” or ASO, which would engage in a series of activities, including case management of patients, assignment of Medicaid members to primary care providers, and early detection of health needs.  It would also work with both patients and providers to educate them and provide tools relevant to each group that would help them work better together.

This is essentially what a good Medicaid managed care plan does in other states.  However, the report is clear:  “Under this initiative, the Administrative Services Organization would not take over claims processing and payment functions.”

To offer incentives to providers, the model would pay them between $5 and $15 per member per month to participate. Both amounts are significant and add up to real dollars for primary care practices.

The second initiative, the “Behavioral Health Access Initiative,” also proposes hiring an ASO to support the integration of primary care and behavioral health.  In a state where more than 25% of residents are identified as needing treatment for mental health and/or substance abuse issues, addressing this area is centrally important.

The ASO would move “from a program management model to a contract and outcomes management model.”  Again, the report is specific:  “Under this initiative, the Administrative Services Organization would not take over claims processing and payment functions.”

The primary benefit of the ASO is listed as an increase in DHSS capacity to manage the behavioral health system.

This section of the report also highlights the possibility of Alaska requesting an 1115 waiver. This waiver, if a state’s application is approved, provides significant funding to support a wide redesign of Medicaid.

This section is unclear, however, about how the state suggests it go about integrating primary care with behavioral health.  The section is relatively strong without that integration. By highlighting it, but by not defining clear pathways to achieve that integration, integration here seems like either a distraction or a let down.  Perhaps the idea is that such integration can happen under the 1115 waiver, but the language of the report does not suggest that such a waiver is likely. In other parts, the 1115 waiver is explicitly called out for SFY2017.

Rates were explicitly left out of this report, as explained on page 50.  However, actuarial analysis was completed on this initiative showing a savings if operated under current rates.  Rate increases are not a part of the actuarial analysis.

A fourth initiative is related to diverting needless emergency care back to a more appropriate setting, primarily in the primary care practice.  The details are similar to examples in Washington State and Oregon, and include a shared savings model of compensation for hospitals, which would receive about 30% of the savings. 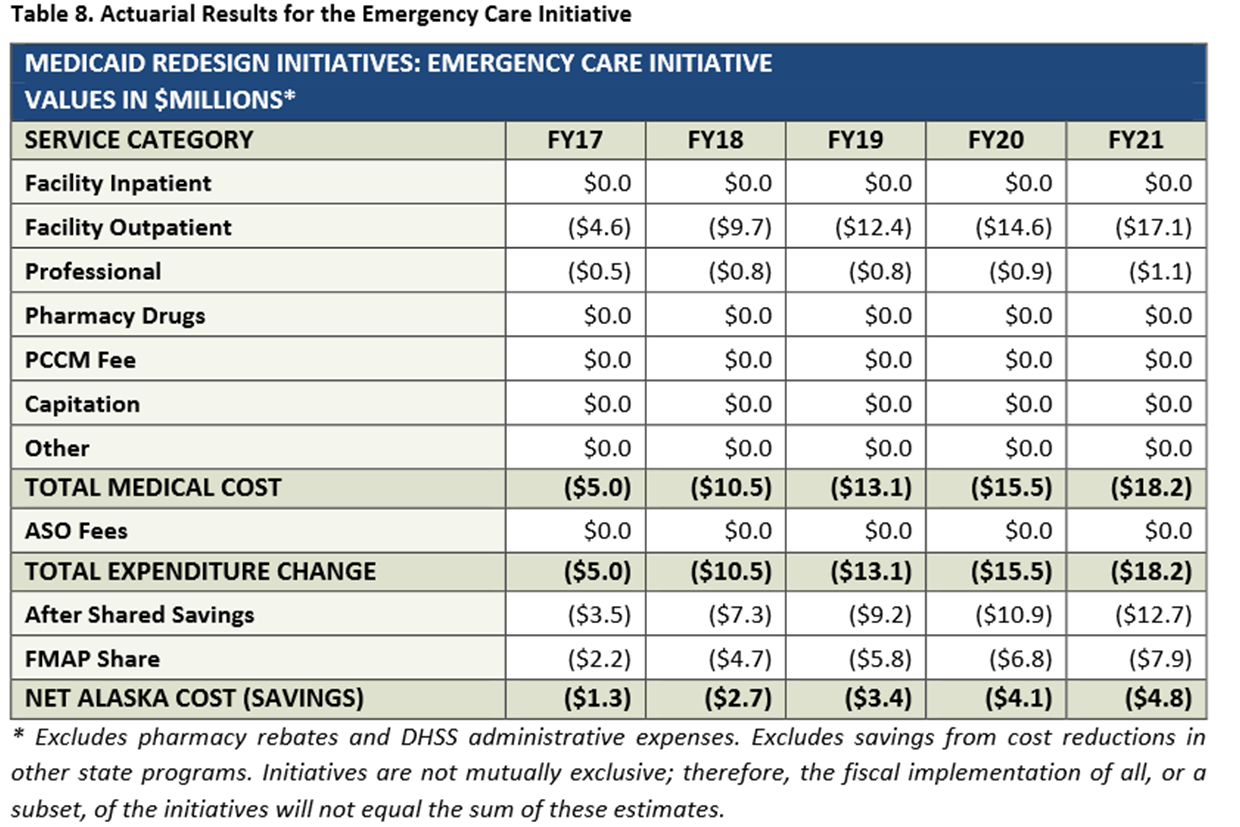 The report also details an ACO initiative that could be implemented in 2020 or beyond.  It would require identified changes to state anti-trust law, as well as approval of an 1115 waiver.  That all seems pretty hypothetical.

Another initiative promotes a health information exchange as a key element of the plan.  That would include EHR implementation and would support initiatives like the ER diversion program.

Important shortcomings in the report

There is some good stuff in this report, which clearly represents a lot of work, as well as significant effort to address potential concerns by key stakeholders.

If half of this were to be implemented, I think one could say it was a real success.

First, much of the real work in each of the initiatives lies beyond the scope of this plan in 2020.  From delays to implementing ACOs to postponing health homes, much of the actual operationalizing of this takes place in “2020 or beyond.” That seems to suggest a lack of urgency – or a limited amount of human capital able to move quickly.  I’m not sure which is the answer, or if another answer exists for the delay, but it’s notable.

Second, there is an overwhelmingly clear opposition to a managed care plan supporting the state.  That has been a position of many in senior leadership at DHSS for some time, and that opposition pervades this document.  For example, there is no reasonable way that primary care interventions and ER interventions will save money if organized by ASOs but will cost money if organized by MCOs.  The report clearly has different assumptions built into the actuarial work for one intervention which are not applicable to others.

At the same time, the state identifies the need for ASOs to help build the capacity and bring the needed human expertise to the state that is otherwise lacking.  In many cases, these ASOs will be managed care health plans (MCO) operating with a narrower scope of services.

So, perhaps it’s semantics, this interest in an ASO but not an MCO.  But the opposition appears noticeable to one, while the interest is clear in the other.

This is a good report, and offers practical, actionable solutions to the state and the legislature.  The steps are incremental, but move the ball forward in significant ways in areas where there is possibility for action.  That it comes with an opinion about the world is no surprise.  And, incrementalism is far more likely to be implemented than revolution.

Moreover, this is the kind of report that was specifically avoided during the previous administration.  It’s transparent and honest about possible options, with real data and analysis by seasoned health policy leaders.

Whether it gets implemented or not, on this last point, it’s clearly a step forward.