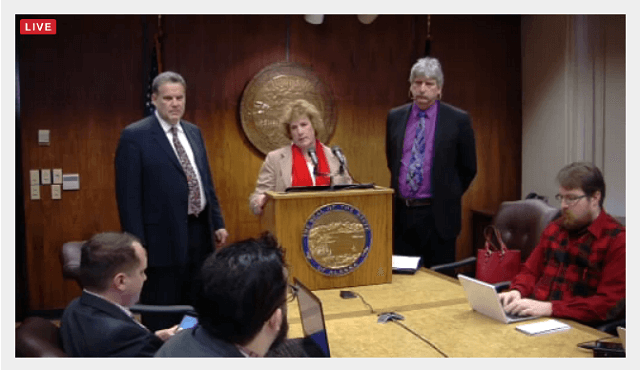 Alaska suspends all Moda Health operations, state down to one insurer

The Alaska Department of Commerce held a press conference today to confirm that it has issued an order of impairment to Moda Health which will prohibit the company from issuing new policies or renewing policies in the state. The action applies to all lines of business but will not impact Moda’s dental operations.

The Alaska Division of Insurance has taken these steps following Oregon’s supervisory order, made yesterday, which effectively halted Moda’s operations in that state. Chris Hladick explained the Alaska has taken action to protect its consumers in light of Moda’s “unraveling financial condition.”

Lori Wing-Heier, Director of the Division of Insurance, clarified for State of Reform that the order of supervision applies to all lines of business–“small group, large group, third party administration, individual on and off exchange.”

That leaves Premera as the only insurer in Alaska. Wing-Heier said that her agency has been in talks with leadership there about the transition of Moda’s claims. She also addressed questions of Premera’s financial solvency in light of shortfalls to risk corridor payments that are hitting insurers nationally. Heier revealed that Moda and Premera in 2015 were “paying out $1.11 for every dollar they were taking in” but that she is satisfied with Premera’s solvency.

“Premera has a deeper pocket book, and they have a larger book of business throughout the state of Alaska. So in the longer term, they can absorb it. It doesn’t mean they will do it forever, nor are they willing to,” said Wing-Heier.

The Director met concerns of monopoly, stating that her department will provide the same standards to rate filings whether there is “one or ten.” However, she suggested that there will be additional scrutiny of Premera as it takes on Moda’s claims.

The state is working with CMS and the legislature on strategies to bring additional insurers to the market. The discussion might even include re-approaching Aetna, which withdrew last year and, by statute, cannot return to the individual market for five years.

“We will still have a conversation with Aetna. They’re still doing group business. They are part of a national merger right now, and if that were to go through [we would] see if they are interested in returning to the Alaska market at that time,” said Wing Heier.

This development may also spur legislative discussion of reinsurance policy at the state-level to support ongoing insurance operations.

“We know that there is an industry bill that is being presented,” said Wing-Heier. “But at this time we have not seen the actuarial study to support the bill or what the numbers would look like. I believe the actuarial study will be released next week, and we will have a better opinion on how that would work.”

State of Reform will continue to update on this issue as it develops.