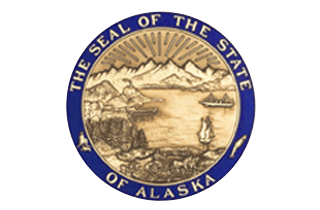 August 26, 2015 ANCHORAGE – On Tuesday, Governor Walker announced that he had accepted the offer of pro bono representation from the Anchorage law firm Dillon & Findley to defend the Governor’s actions to expand Medicaid in Alaska.

Dillon & Findley is a boutique law firm that specializes in complex litigation, including medical legal work and tax litigation. Ray Brown, who has worked as an attorney with the firm for the past 23 years, reached out to the Governor’s office last week with the offer.

“When we heard that the Governor was being sued for Medicaid expansion and the Legislative Council had retained an outside Washington D.C. firm at a cost of half a million dollars, all in an effort to deprive poor people of healthcare –Dillon & Findley volunteered to assist,” said Brown. “We believe it is our civic duty to support the Governor in his decision to expand Medicaid, especially with the fiscal climate our state is currently faced with.”

“At a time when the state is facing a $3.5 billion deficit, 10 legislators chose to spend $450,000 to hire an outside law firm to block what more than 60 percent of Alaskans want; they chose to sue to prevent $145 million in federal dollars from being injected into our economy to provide lifesaving care for our fellow Alaskans. Instead of spending money on litigation, we should be working together to pass Medicaid reform legislation, ” said Governor Walker. “In partnership with the excellent legal team at the Department of Law, the experienced attorneys at Dillon & Findley have graciously volunteered to help us stand up and fight for the right to provide health care for low-income, working Alaskans.”

The lawyers at Dillon & Findley are working side by side with lawyers at the Department of Law to respond to the lawsuit. With the quick turn-around time expected for the pending motion to halt implementation of Medicaid expansion on September 1st, all of the attorneys are working around the clock to vet and respond to the 123 pages of court filings received late Monday from opposing counsel.

Engage health care leaders and policy makers on this and other issues at the 2015 Alaska State of Reform Health Policy Conference on October 8th.