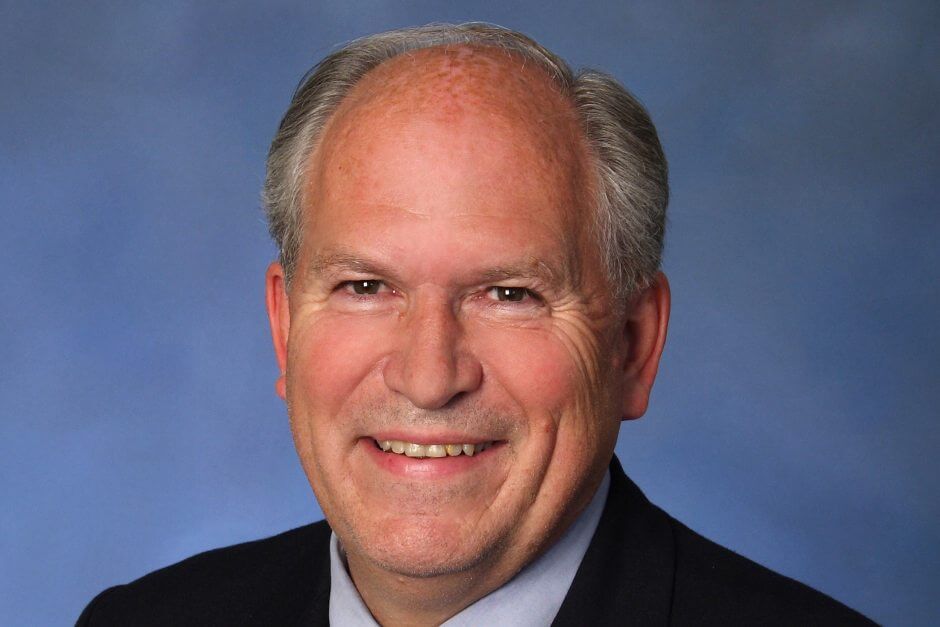 Gov. Walker: “Alaska will accept the benefits of Medicaid expansion”

Governor Bill Walker made a major commitment to the push for state Medicaid expansion on July 16 to an auditorium of cheers, and a few tears, at the Alaska Native Tribal Health Consortium.

The Governor’s authority to request the Legislative Budget and Audit Committee (LB&A) to approve the receipt of funds outside of the legislative session has been exercised seven times in the history of the state. Most notably, in relation to settlement funds for the Exxon Valdez oil spill in 1989. Gov. Walker’s action will mark the eighth case.

The LB&A committee received the letter on the morning of the conference, starting the 45-day clock for committee action. The Governor’s request formally seeks the approval of federal and Mental Health Trust Fund Authority (MHTFA) funds necessary to begin Medicaid expansion in the state.

“I believe in the legislative process. I’ve given it every opportunity, but it didn’t result. So now this is the process that we are using. Any day that goes by [without expansion] is a disappointment,” said Gov. Walker when asked why he didn’t pursue this action sooner. 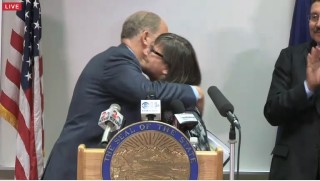 Commissioner Valerie Davidson, DHSS greets Gov. Walker’s decision with emotion: “I promised the Governor if I teared up it would only be due to seasonal allergies,” she joked.

Commissioner Valerie Davidson of the Alaska Department of Health and Social Services confirmed that the state loses out on approximately $400,000 for every day it fails to act on expansion. She also revealed that the MMIS system is now paying more than 90% timely and accurate rates.

Davidson’s department will be making preparations to enroll Alaskans under expansion on Sept. 1 regardless of the committee’s action.

Leadership from Alaska Regional Hospital, Matsu Regional Medical Center, Providence Alaska, the Department of Labor, Department of Corrections, and the Department of Military and Veterans Affairs, backed the Governor on the issue. In total, Gov. Walker cites 160 organizations that wrote in encouraging his unilateral action.

Commissioner Ronald Taylor of the Department of Corrections highlighted the impact on public safety. An additional 6,000 Alaskans on probation or parole would be able to access mental health services and substance abuse treatment, avoiding recidivism.

“This is incredible news for the Department of Corrections. It is a critical need,” said Taylor. 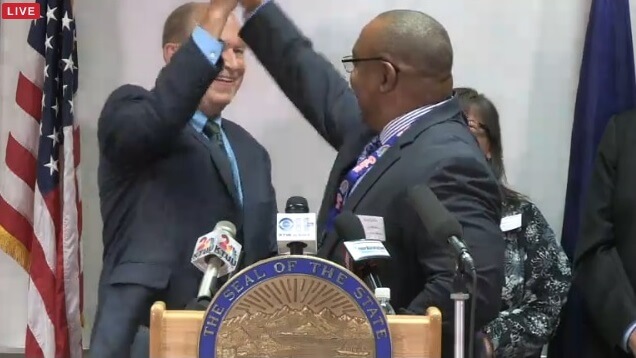 Julie Taylor, CEO of Alaska Regional Hospital, spoke about the costs of caring for uninsured Alaskans who find the majority of their care in emergency rooms.

“For those of you who might have concerns about what Medicaid expansion will bring, I assure you the concerns around dollars spent that we aren’t comfortable with is small compared to the dollars that are currently being spent for care in inappropriate settings,” said Taylor.

The LB&A committee now has 45 days to accept the terms of the Governor’s letter, take no action, or recommend against the request. Gov. Walker suggested that if LB&A chooses the latter, unilateral action is not off the table.

This announcement comes even though Senate Republicans included language in the budget that was intended to prevent him from taking unilateral action. However, attorneys for both the Governor and the legislature have questioned the constitutionality of such language.

“None of these steps completely eliminate my ability to do this anyway,” said Gov. Walker. “I can’t make decisions today in concern about what might happen next session.”