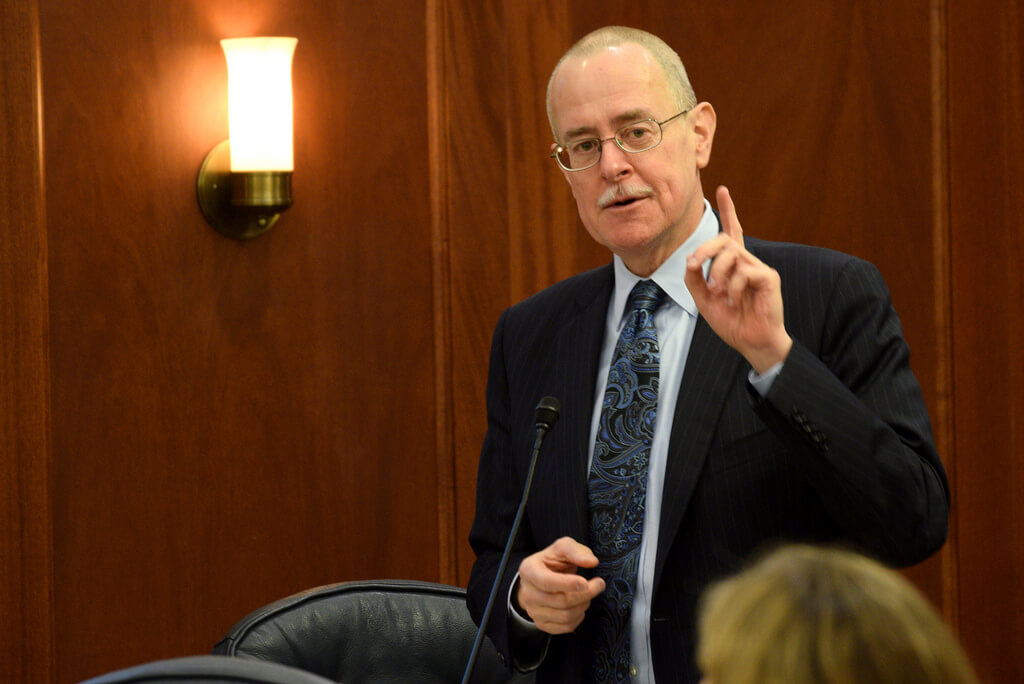 Alaska Representative Mike Hawker (R-28), Chair of the Legislative Budget & Audit (LB&A) Committee, reached out to State of Reform in response to “Medicaid expansion puts Republicans in a tough spot.” In that article, we discussed Gov. Walker’s announcement to unilaterally expand Medicaid in the state along with the letter sent to LB&A which started a 45-day clock for action.

DJ: Last week, the governor announced his intention to expand eligibility for Medicaid benefits, and that he notified your committee, the Legislative Budget and Audit Committee (LB&A). Tell me about the process during the 45-day period after the Governor’s action in which your committee can look at this.

MH: Here’s the background of what Legislative Budget & Audit (LBA) Committee’s statutory role is. When a Governor wants to accept federal funds or other third party funds for a program “statutorily included” in a previous budget, he is allowed to do that by simply notifying the committee. The notification starts a 45-day clock, after which he can go ahead and accept the money. He has absolute authority to do this.

My committee only has the ability to accelerate this process. If we take an affirmative action, approving his action, he can act immediately to expand Medicaid. Likewise, a disapproving action is advisory only. The Governor can simply send us a note saying “thank you for your counsel, I’m moving forward anyway.”

This also allows the Governor to act immediately after the committee’s action. So, the best course of action to allow those who oppose expansion the greatest time and opportunity to react is for us to not pick this up and just let the clock run out.

DJ: So if you took a position of opposition to the Governor’s action, it would accelerate the process?

MH: Our vote “no” allows the Governor to immediately proceed. If the legislature wants to have a further public forum on the policy merits of the Medicaid expansion issue at this time, the proper venue for that to occur is in the Finance Committees of the House and Senate. Those policy committees are currently in possession of the bills proposing to expand and reform Medicaid. They can conduct hearings at any time on this subject, regardless of whether the legislature is in session or not. These Finance Committee hearings will not trigger the immediate expansion of Medicaid in our state.

DJ: What does the committee’s approval or disapproval process entail?

MH: The mechanism we use is called the Revised Program Legislative Notice (RPL). The Governor submits the RPL to the committee and the committee votes to approve or disapprove it. The vote is a recommendation to the Governor that he either proceed immediately or not, but has no impact on the Governor’s ability to do so.

DJ: The Governor said that he had sat down with you to discuss Medicaid expansion before his public announcement. How did that conversation go?

MH: This is another point that has been grossly misrepresented and needs to be clarified. It was actually his press office that released a statement that said that the Governor had met with me to inform me that he was going to expand Medicaid. What actually happened was earlier that week, I had a 30-minute meeting with the Governor on a completely unrelated topic.

As we were concluding the meeting the Governor said “by the way I want to let you know that I will be sending you and the LB&A committee a notice that I intend to expand Medicaid.” That was the sum total of the conversation. Maybe he intended to have a more substantial conversation but that’s all it was. That said, we had heard rumors a couple of days before that meeting that the Governor was moving forward with Medicaid expansion. So really the announcement was just the Governor confirming what most of us had known for several days.

DJ: The legislature can call a special session in response to this to take action, correct?

MH: Yes, it requires a 2/3 vote of the legislature to convene a special session.

Now, what the legislature could do in a special session is pass a bill that specifically says that we deny the Governor’s ability to expand Medicaid in Alaska. But a bill doesn’t become a law without the Governor’s signature. So it would be a futile exercise.

Personally, not speaking for leadership, but as a legislator with 14 years experience in health policy, the best course of action would be for the legislature to call itself back into session and start working collaboratively with the Governor, recognizing that he has the authority to expand Medicaid on his own. The more we poke a stick in his eye and stonewall him, the less impact we will have on expansion. By working collaboratively with him we can include some “side-bars” with expansion that address concerns that are being raised around the impact expansion will have on our budget.

DJ: Do you think the legislature is likely to do this?

MH: I don’t see the level of support needed to do this at this point because the leadership and the legislature aren’t thinking collaboratively. There is enough of the majority that have their heels dug in so firmly against expansion without reform, that they aren’t looking at the middle ground. At the moment, there is not a venue opened up for any collaboration.

DJ: If a special session were called or if we are looking to the 2016 session, what would a bill look like that sought to find that middle ground?

MH: I think of this like a freeway. We need appropriate on ramps, exit ramps, and traffic cops along the way.

The on ramp is a federally certified Medicaid Management Information System (MMIS). We do not have that, Xerox failed to provide a state with a working MMIS and I believe it needs to be a requirement that the state have a federally certified MMIS before expansion can move forward. You have to demonstrate this first.

Automatic exit ramps could ensure that in the event the federal government’s contribution dips below 90 percent, expansion automatically terminates. Additionally, the traffic cops would ensure that Medicaid expansion is held accountable to the assumptions made by Governor Walker’s administration. For example, if enrollment exceeds 105 percent of projections, then expansion terminates at the end of the next legislative session. Or, if you achieve less than 90 percent of your projected cost savings, then expansion would terminate at the end of the next legislative session. This allows the expansion to be part of the normal policy discussion and allows the legislature to debate the issue. These are just potential examples of what could provide an opportunity to find a middle ground with the Governor.

DJ: The legal opinion provided by legislative legal services states that the Governor has the authority to expand Medicaid if it is a mandatory program, but he does not have the authority if it is voluntary. The Supreme Court ruled that expansion is optional to states. Is there a legal authority of the Governor’s action in question here, or is his authority clear?

MH: The Governor is operating in a grey area. He is assuming that the federal statute that states Medicaid expansion is a mandatory component of the base program is valid. Our statutes state that we accept whatever the federal statute defines as the base program. But our statutes don’t account for the Supreme Court’s ruling on expansion being optional. At the end of the day, our legal opinion is that we won’t know for sure unless the Governor’s action is challenged in court and a ruling clarifying the statute is made.

DJ: You’ve been at this art of governing a long time now. How do you view the issue of health care costs and policy generally?

Access to affordable health care is mission critical for government moving forward. If we can increase access to health care through expansion in a way that doesn’t cost the state any money and in fact creates general fund savings, what’s not to like? That is the Holy Grail of a federal program. The Governor believes this is what can be achieved and I hope he’s right.

My goal is to ensure some side-bars are in place so that if this is not achieved, and the worst happens, i.e. the federal government reduces its funding commitment, that the program would automatically terminate.

I believe in the art of the possible and the practice of compromise.