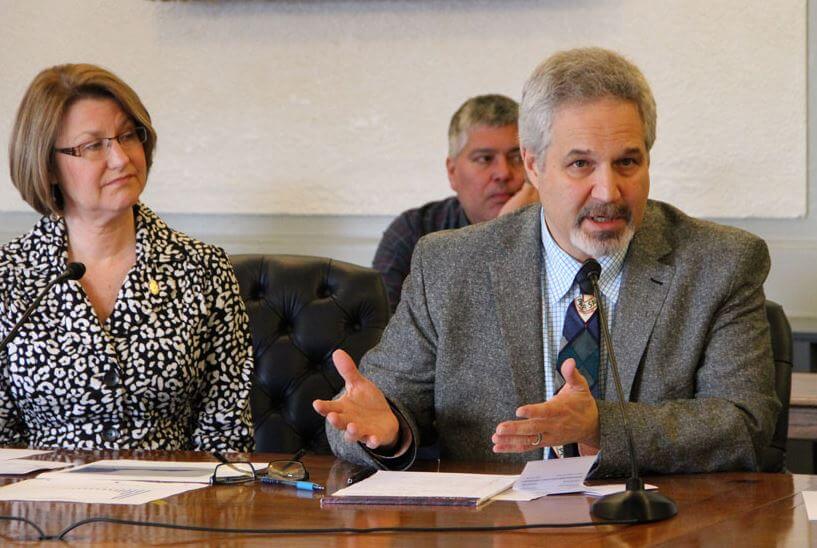 JUNEAU — Leadership in the House and Senate this week protested Governor Walker’s decision to expand Medicaid unilaterally. In separate statements, the House and Senate majority caucuses decried the abandoning of the legislative process as well as the absence of reforms to the current Medicaid system in Alaska.

Regardless of federal funding, we cannot afford the Medicaid system we have now. In addition, our current system is broken. Adding tens of thousands of people to a broken system will do nothing to improve quality of care, access, or efficiency.

Senator Kelly introduced a Medicaid reform bill during the 2015 session. The bill did not advance as majority leadership instead chose to pursue a consultant to provide an analysis of possible Medicaid options during the interim. Senator Kelly is also responsible for adding language to the budget that attempted to prevent this very action by the Governor. That language has since been deemed to be constitutionally dubious, paving the way for the Governor’s unilateral action.

The fact that Governor Walker is not waiting to hear the final report from the legislature’s consultant also irked Republican leadership. Speaker of the House Mike Chenault (R-Nikiski) added:

We take our duty as public servants seriously. Prudence demands caution. I’m disappointed the governor has chosen to abandon the legislation he introduced. I think his rush to judgement before even hearing from expert consultants is the wrong approach – with potentially serious negative consequences for Alaska.

While the federal government will foot the bill for expansion initially, the eventual drop to a 90 percent match in 2020 is a focal point for legislator concerns. Senate Majority Leader John Coghill (R-North Pole) said of the financial implications:

Today’s spending will be paid for by tomorrow’s taxpayers. With the national debt at $18 trillion and rising, we have to answer the question of how we’re going to continue to pay for these programs when the federal government can no longer afford them.

Governor Walker is being forced to use his executive power to expand Medicaid because the Republican controlled leadership in the House and Senate refused to properly consider an expansion bill this past session. We have an opportunity to get healthcare for 40,000 Alaskans and receive nearly $400,000 a day federal funding. It’s the right and moral thing to do and our Coalition applauds the Governor’s leadership on this issue.

At this point, no action to block the Governor’s decision has been proposed by legislative leadership.