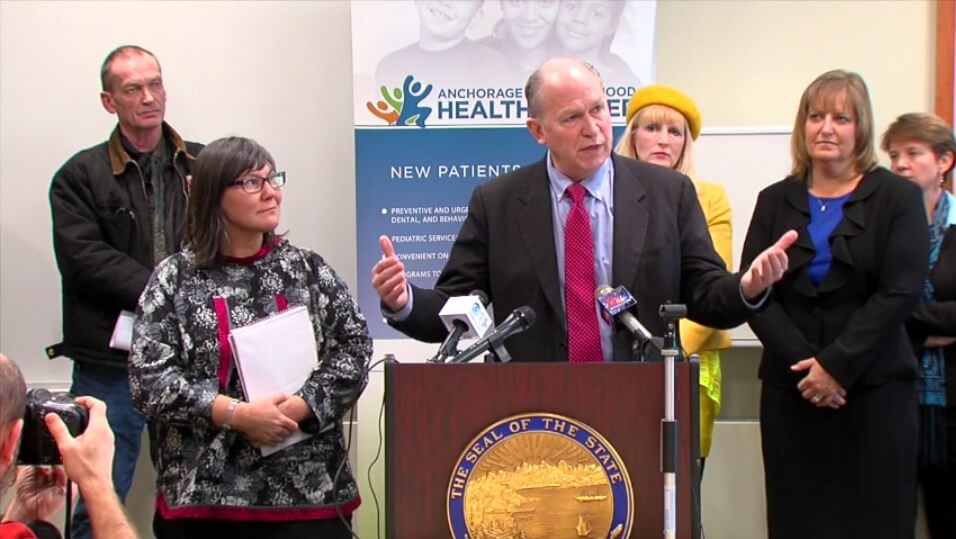 JUNEAU — This week Alaska Governor Bill Walker signed into law a state budget that cuts spending by 19 percent, including a 6.7 percent cut to the Department of Health and Social Services (DHSS). During a press conference announcing the signing, Governor Walker made a point of keeping his options open for two key issues: Medicaid expansion and new revenue. A full breakdown of cuts by department is included at the end of this post.

When asked about the possibility of expanding Medicaid unilaterally, the Governor was non-committal, stating that his team is still looking at the various options. While the budget he signed on Tuesday included language that restricts his ability to unilaterally expand Medicaid, the constitutionality of such a restriction has been questioned by the Department of Law as well as Legislative Legal Services. The other possibility would be another special session in the fall.  Many Democratic legislators support this option, no doubt interested in claiming a piece of the credit for expansion.

Governor Walker also promised action around new revenue, but declined to discuss specifics. During his press conference he reiterated that even if the Alaska laid off every state employee, they would still face a deficit. He said that his office would be looking at various options over the interim for consideration by the legislature next year. Among various options for new revenue, DHSS recently awarded a contract to CPA firm Myers and Stauffer to look at the impact of a potential provider tax dedicated to offsetting state Medicaid costs.

Here is a full breakdown of budget cuts by department: