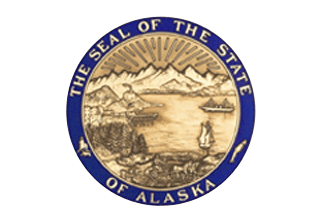 JUNEAU — Advocates and opponents of Medicaid expansion remain far apart as the 2015 legislature goes into extended session. Governor Walker and many Democratic legislators maintain a sense of urgency on the issue, while Republican majorities in the House and Senate have both expressed willingness to end the session without any action on Medicaid.

As of April 20th, bills intended to reform and expand Medicaid have stagnated in committee. Governor Walker’s Medicaid reform and expansion legislation, SB 78 and HB 148, were both approved by the Health & Social Service Committees in the Senate and House. However, both remain in the Senate and House Finance Committees, with no further action scheduled.

According to Republicans, these bills are for all intents and purposes dead. However, the ongoing budget debate may revive them.

The legislature has entered an extended legislative session this week, having passed the 90-day limit for session without an agreement on a budget. The current proposal being debated is almost a half-billion dollars less than normal due to plummeting oil prices. The Governor and legislature have responded with proposals that significantly reduce spending, including state programs, education, and capital projects.

It does not appear that cuts alone will bridge the spending gap. House and Senate Republicans would like to dip into the state’s reserve fund in order to fill the remaining budget holes but to do so requires a three-quarters vote from the legislature to approve. This means that they need Democratic votes. Taking action on Medicaid reform and expansion may be the price the Republican majority will have to pay in order to secure enough votes to pass their budget.

Even if a budget is passed without action on Medicaid, Governor Walker is capable of reconvening the legislature in order to consider Medicaid reform and expansion. He has a strong base of support outside of the legislature, with public opinion solidly in favor of expansion as well.

The legislature can be extended from 90 days to up to 120 days. The Governor can then call a special session that can last up to 30 days.