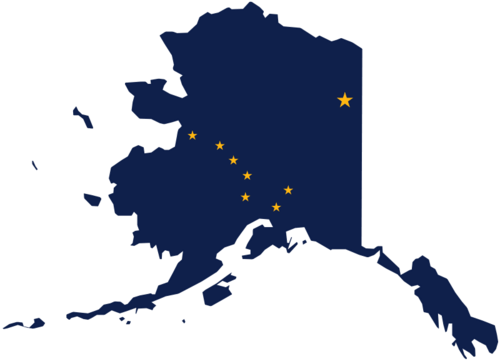 This week budget negotiations broke down between the Republican-dominated majority and the House’s minority Independent Democratic Coalition (IDC). As a result, the Alaska legislature approved a budget that includes a $3.2 billion shortfall, prompting Governor Bill Walker to convene a special session.

Majority caucuses in both the House and the Senate have so far balked at the IDC’s demands, accusing them of holding the budget hostage. Hostage or not, the IDC is now in a position to get two things it wants during the special session, but they may have to choose one over the other.

With a ten seat majority in the Senate and a twelve seat majority in the House, both majority caucuses have more than enough votes to pass a budget and negotiate exclusively with the Governor. However, the Senate Majority is hoping to transfer $4 billion from the Constitutional Budget Reserve (CBR). To do so requires a three-quarters vote from both chambers. While the Senate was able to pass a three-quarters vote, the House needs four votes from the IDC. 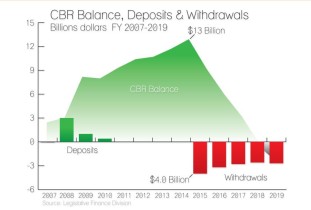 A look at the projected balance of the CBR, should the legislature withdraw funds to balance the budget.

The IDC wasted no time in establishing what it would take to earn their votes for accessing the CBR. Their priorities include restoring a 4 percent cut to education funding, and the passage of HB 148, which would expand Medicaid in Alaska. Representative Les Gara (D-Anchorage), one of the IDC’s primary budget negotiators, had this to say about expansion:

I refuse to agree to sacrifice our economic future, and the $600 million in state budget savings (and 4,000 jobs) that would come if we just accepted a Medicaid Expansion and Reform bill that has been stalled in committee for the past month.

Despite some movement in the House, majorities in both chambers have remained committed  to Medicaid expansion this year.

The people of Alaska and our Coalition have been very clear all session about the importance of a lasting commitment to public education. It’s unacceptable to use a fiscal crisis as an excuse to jeopardize academic opportunities for our children through this fake budget.

The Senate majority has made it clear that there is not enough money to restore the education cuts. IDC members have proposed restoring the cuts by reducing tax credits for oil companies, but that has also been a non-starter with the majority.

Legislators will have to meet in the middle in order to avert an eventual government shutdown, which means the minority likely will not get everything on its wishlist while the majority may have to swallow something it has fought against all year.