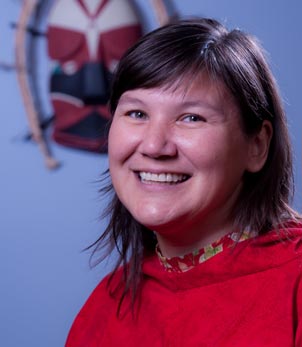 The Senate Health & Social Services Committee held a briefing on SB 74 on Monday, March 23rd. Department of Health and Social Services (DHSS) Commissioner Valerie Davidson and Deputy Commissioner John Sherwood provided testimony regarding the impact the proposal would have on the Department. SB 74, introduced by Senator Pete Kelly (R-Fairbanks), proposes significant reforms to Alaska’s Medicaid program. Testimony from both Commissioner Davidson and Deputy Commissioner Sherwood emphasized a willingness to work with Senator Kelly on the bill, though each were careful to point out areas where the bill would be redundant or impractical to implement.

DHSS addressed many of the reforms proposed in SB 74, including two key issues: overuse of emergency rooms and the managed care demonstration project. In addressing these issues, Commissioner Davidson highlighted reforms that DHSS is already undertaking, including a recent effort to address the population of over 5000 Alaskans deemed “super-utilizers” of hospital emergency departments. Deputy Commissioner Sherwood described DHSS’s demonstration project, implemented in December of 2014, which provides case management to those who consistently visit the emergency room for non-urgent care. They have targeted just under half of the super-utilizers with hopes to expand in the future. This program was referenced in response to portions of SB 74 that aim to address the inappropriate use of emergency rooms.

Addressing the managed care proposal directly, Commissioner Davidson was not confident that a formal managed care system, which would bring in a contracted third party to manage Medicaid health plans, could be effectively developed and implemented within the timeline proposed in the bill.

The Commissioner also raised doubts as to whether Alaska could obtain some of the federal waivers SB 74 is contingent upon. Specifically, the bill calls for DHSS to apply for a waiver that would require those accessing Medicaid services to also take part in employment training programs. According to Commissioner Davidson, the Center for Medicaid/Medicare Services (CMS) has yet to approve such a waiver request.

Fiscal analysis from DHSS concluded that, if passed, SB 74 would result in an estimated $1.1 million savings in 2016, growing to a $17.9 million savings by 2021. Commissioner Davidson made note of the projected savings and committed to working with Senator Kelly in the interest of addressing DHSS concerns with the bill.

Commissioner Davidson then concluded by calling out the lack of Medicaid expansion, and reiterated the Administration’s position that expansion and reform need to “go hand-in-hand.”

This hearing comes as Governor Walker is pushing his own Medicaid reform and expansion bill, so it remains to be seen how cooperative the Administration will be with Senator Kelly’s efforts.